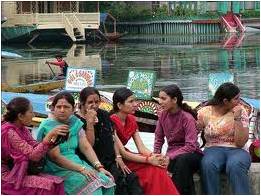 There have been some happenings in the Valley of Kashmir in the last few months that have given to the people and the government some good reasons for cheer. The foremost amongst these was the successful conduct of the Panchayat elections. These elections have been held after an interval of almost 33 years. They were the enduring vision of Chief Minister Omar Abdullah who is seized with the objective of providing political empowerment at the grass root level in the State. When the elections were announced there was the usual attempt by vested interests to disrupt the same. Separatist leadership exhorted the people to boycott the same while militants issued diktats of dire circumstances for those who dared to step out of their houses to vote.

It is to the credit of the people that they defied all pressure to participate in a democratic election process which they realized was good for them. Even instances of violence that led to the unfortunate killing of a few candidates did not deter the public from the path of exercising the right to vote as a free and democratic society. Ultimately, the elections have culminated with resounding success which is, on the other hand, a slap on the face of those who were against the process in the first case.

However mere holding of election is a means to an end and not an end by itself. What is most important is devolution of power to the newly elected Panchayats and their effective functioning which can usher an era of peace and prosperity in the region. The efforts of the Chief Minister and the coalition government of Jammu and Kashmir are now directed towards achieving this end. As the elections culminated with a resounding victory even in those areas like Kupwara which were considered to be a stronghold of the separatists, Chief Minister Omar Abdullah has lost no time in touring the State to personally interact with the newly elected Sarpanches and Panches. To each one of them he has given guidelines that they have to follow to ensure grass root development. He has further exhorted them to ensure optimum utilization of the funds that will be will soon be allotted to improve the quality of life in their villages and benefit their people.

The successful election process is also being seen as a validation of the performance of the coalition government in Jammu and Kashmir and the fact that the people have accepted its ideas and policies. This is an important factor on bringing the government closer to the people and in the process bridging the trust deficit that may have existed due to years of instability and insecurity. It is now time to expose the evil designs of the perpetrators of terror and disruption and punish them for their misdeeds that have caused great suffering to the innocent people of Kashmir

The second reason for cheer is the vastly successful tourist season this year. Sustained efforts by vested interests to engineer riots with an aim to disrupt the tourist season have been rendered unsuccessful by the government. As a result more than three lakh tourists had enjoyed the salubrious environs of the Valley till the month of May itself. This figure is vastly in excess of the estimates that had been prepared by the government. The J&K department of tourism has done a wonderful job in facilitating a good vacation for the incoming guests who have gone back completely satisfied by their wonderful stay in Kashmir. This successful season will bring economic prosperity to the people of Kashmir and will pave the way for further improvement of the tourist infrastructure in the Valley. Those repeating the holiday next year will, with the grace of almighty Allah, enjoy even more than what they have this year.

There is no doubt left about the fact that the people of Kashmir have shunned the cult of the gun and opted to move out from the shadow of violence. It is time for the complete leadership of Kashmir to respect their sentiments and work towards rehabilitating their lives that have been disrupted due to two decades of foreign sponsored militancy.