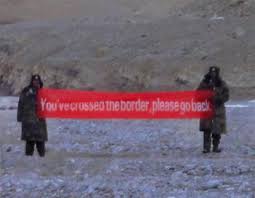 India’s relationship with China, an enigma in the best of times, is attaining a complex structure in recent days. A change in policy with the anointment of the new Chinese leadership was expected but the incidents along the line of actual control (LAC) over the last few months have been causing disconcert and apprehension despite the polite diplomatic jargon of the new leaders. Now is the time to try and read into the Chinese mind.

The relationship started well enough with the new Chinese Premier Li Keqiang choosing India as his first port of call after assuming office, thereby giving a positive signal of the importance that China would accord to its relationship with India. The Indian External Affairs Minister Salman Khurshid was slated to visit China in early May, 2013, before the visit of the Chinese Premier to India. It was believed that the new leadership was keen to cement bilateral ties.

The first fissure in the well laid out diplomatic plan came in the form of an unprovoked incursion by Chinese troops into the Indian side of the LAC at Daulet Beg oldie in Ladakh on April, 15, 2013. It carried on for an unprecedented 19 days before the Chinese withdrew before the scheduled visit of Salman Khurshid to their country.

Li Keqiang came with a wide smile, full on goodwill and bonhomie; he did not refer to the unsavoury incursion openly even though the Chinese insisted that they had carried out no violation. Anyway the matter was set aside with Li Keqiang making all the right noises about Panchsheel, trade imbalance, friendship etc. What is notable is that in the course of subsequent engagements with the Indian neighbourhood the Chinese leadership has not said or done anything that would be appreciated by India. In fact, it has given indication of providing nuclear, military and strategic assistance to countries like Pakistan, Sri Lanka and Myanmar that goes wholly against Indian interests.

We now jump over to the visit of the Indian Defence Minister to China on July, 04. A lot of expectations of progress on the border talks were hinged on this visit. Exactly one month earlier on June, 04, a Chinese Army officer, Major General Luo Yuan had the gumption of stating that, “The Indian side should not provoke new problems and increase military deployment at the border areas and stir up new trouble.” This was also passed off as ranting of a hard line soldier and the proposed visit, that many feel should have been cancelled there and then, remained on track. What happened after that is even more incredulous; there was yet another incursion in Chumar, Ladakh, on June, 17 in which the Chinese took away an Army surveillance camera returned a little before the Defence Minister took the flight to China. Immediately after the bows and handshakes in China there has been yet another air space violation by Chinese helicopters once again in Chumar.

What can one make out from these developments? This can be a tactic of the new Chinese leadership to pressurize India into addressing seriously the long standing border dispute. At the just concluded Special Representative level talks in Beijing on the border dispute the Chinese side conveyed an expansiveness of outlook, claiming that China was looking to “break new ground” in addressing the border dispute. AK Antony has clarified the air somewhat by stating that he had free and frank discussions covering virtually all aspects of the boundary problems. There was also a discussion on the proposed Border Defence Cooperation Agreement (BCDA), essentially a Chinese initiative now accepted by the Indians.

The second reason could be that the Chinese are rattled by the rapid strides that India is making in improving its defence posture along the LAC and this is their way of showing anger. Lora Saalman, a Beijing based expert of the Carnegie Endowment has said that the incursions are the Chinese army’s proactive response to counter Indian acceleration of activities along the border, which is being perceived by China as a “threat”. In this regard China seems to be exceeding its limits. It is up to the Indian government to decide the extent to which such open interference and belligerence will be tolerated.

It is also possible that the incursions are being orchestrated by the PLA to assert control over the power structure as part of its internal conflict with the leadership. This is a possibility since President Xi Jinping is in the process of acquiring control over the levers of power in the country of which the PLA is a strong constituent. As Chairman of the Central Military Commission (CMC) Xi Jinping has already made key appointments in the CMC from amongst his chosen officers and has stressed the need to “take ideological and political building as the top priority in Army building”. What equation will emerge from this scenario cannot be legislated upon at this point in time. It must be kept in mind that after the build up of military might of the country the PLA is no longer a push over.

Whatever may be the drivers of Chinese actions, India needs to calibrate its response with a well laid out strategy. While supporting the need for enhanced business, trade relations and cooperation to maintain peace and equilibrium, India needs to look at transgressions along the LAC strongly. While the Indian response to the Daulet Beg oldie incident was firm and mature, the subsequent incidents have seen too much of acquiescence. Such a response can give avoidable confidence to the perpetrators and also weaken the hands of the Chinese government vis-a-vis PLA which is not in Indian interest at all.

At the same time it would not be out of order to stimulate the process of resolving the vexed border issue with some give and take. Much of the Sino-Indian problem often termed as “Sinophobia of India” by scholars has originated from a lack of understanding of each other. Surely a way ahead can be charted out.