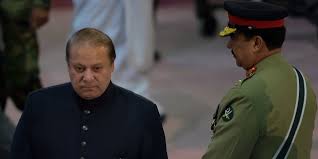 The feeling of outrage that has swept India in the aftermath of the Uri attack has found expression in a number of steps that government has taken to punish Pakistan.

It has to be appreciated that the government has to move deliberately, while keeping the long term implication in mind. It does not have the luxury of getting swept away by emotion like the media and the general public. The government is privy to many options and is weighing each one of them for merit and efficacy before acting.

Pakistan has already been provided with concrete evidence of the attack having originated from its soil by terrorists trained and infiltrated by the Pakistan Army into the Kashmir Valley for this specific purpose.

The first prong of the government’s strategy of isolating Pakistan in the global community has already started reaping good results.

There was a negligible audience present to listen to his address which was later torn into shreds by a young diplomat from India, Eenam Gambhir; her riposte has now become a legend of sorts.

Nawaz Sharif has also been censured by the US administration; President Barak Obama refused to meet him and he was openly told by US secretary of State, John Kerry, to prevent terrorists from using Pakistan territory as safe havens.

For India, cutting off all diplomatic relations with the country as a dynamic step in the policy of isolation will also come up for consideration in due course

While moving ahead with this strategy of isolating Pakistan, It would be best for the government to shed the policy of providing dossiers to various countries and the United Nations to give proof of Pakistan’s terrorist activities directed against India.

India enjoys enough stature in the global community to be heard without giving proof or veracity of its assertions. In case any country has a doubt it can use its own intelligence resources to gather proof and take a position. India must simply put forward her case and bluntly ask for a clear cut black or white – with me or against me posture. The time to dwell in grey areas is now over!!

The Indian government has the option of tweaking Pakistan economically. To this extent, the government has started the process of revisiting the Indus Water Treaty (IWT) and the Most Favoured Nation (MFN) status among others. These are strong experimental steps which will gain momentum with time. Things can only escalate from here.

So far as the military response is concerned, it is evident that the government has left it to the Army to extract retribution in any manner that it deems fit.

The masochist calls for deep strikes into Pakistan may represent an expression of anger of the general public, but they do not fall in the ambit of practicality.

Indian real estate along the Line of Control (LOC) and International Border (IB) with Pakistan is highly developed and economically vibrant. The Pakistan side, on the other hand, is desolate and underdeveloped. The terror camps are temporary in a nature.

Going for a deep or shallow strike over there is not going to accrue any worthwhile tactical or strategic advantage.

It would be best to leave the professionals in the Army free to do whatever they feel is best to seek retribution, rather than discussing the same in the media and other forums.

The more the retired army officers and the others talk about it in the public domain the more they are providing to the enemy a list of options that the army might use to launch a counter attack.

The Uri attack was definitely not an attack designed to terrorise. After all, who would think that a professional army can be terrorised by four persons out to kill soldiers in a cowardly manner and before succumbing to their inevitable death.

The aim was to discredit the Indian Army and escalate the already tense situation between the two countries to a state of open hostilities and even war.

Such a situation is in favour of only the Pakistan Army and particularly its chief, General Raheel Sharif, who would like to put off his impending retirement in November 2016 by building a state of emergency in his country.

It is really very sad to see soldiers indoctrinating in the name of religion, semi literate, very poor and ignorant young men to raid enemy military installations. This amounts to exploitation of the worst kind of a human being and a fellow citizen.

The Uri episode shows the incompetence and inability of the Pakistan army to face its adversaries head-on.

By resorting to such unholy means to further its objective, the Pakistan Army is shaming not only itself but the entire soldiering community of the world. Never in the annals of military history can be found an instance where any honourable soldier has resorted to such crass and underhand methods.

In view of the dominant role being played by the Pakistan Army in perpetration of terrorism inflicted violence in India, a strategy to counter Pakistan also needs to be evolved. It should concentrate on ways and means to weaken the Pakistan Army. This can be done by convincing the international community to stop providing weapons and equipment to this maverick organisation. Strengthening democracy by building a peoples movement within Pakistan against the atrocities being committed by the Pakistan Army in the name of nationalism would also pay good dividends.

The broad contours of the policy to punish Pakistan are already in place. It would be best to grieve silently for our fallen soldiers and leave it to the government to play out the riposte in the manner that it deems appropriate, it has to be done in a well thought out and deliberate manner.