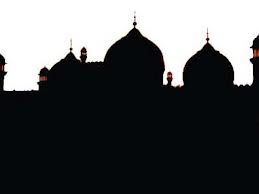 There is a religious churning of sorts taking place in the Kashmir valley that is going largely unnoticed in the cacophony of voices being raised to given vent to a plethora of irrelevant political issues. Reports suggest that posters signed by a group that calls itself ‘Navjawan-e-Millat’ were found pasted at various places in Kupwara town and specifically in a Masjid in Bohipura near Regipura Bridge. The posters called for a Bandh on June, 18, 2013, to protest construction of a Mosque affiliated to the Ahle-e-Hadith.

The Bandh did not take place, but it is the idea that needs to be dwelled upon in some detail. Navjawan-e-Millat (Youth of the nation) is a loosely configured group of young people who have earlier used posters to call for indefinite shut downs in protest against CRPF and army camps. The district administration and the people paid no heed and the camps remained where they were. Now the group has used a similar strategy to send across a religion based message. The way things are in Kashmir it cannot be said with certainty that this is the same group as the one that was looking for the ouster of the security forces or a different group that has taken on the same name.

Ahle-e-Hadith has a Salafi Islam orientation; the Salafi movement has been in the forefront of the Jihad in India. Pakistan-based groups fighting in Kashmir under the banner of the Salafi movement consider it a moral imperative and a religious obligation to conduct Jihad in the region; for them any misrepresentation of this doctrine amounts to apostasy. Salafi leaders who fight shy of holding this confrontationist ideology are dealt with in accordance with the doctrine of takfir that calls for excommunication and in extreme cases the killing of a Muslim thought to have deviated from the right path.

The most prominent religious murder on this basis was that of Maulana Shaowkat Ahmad Shah, a cleric who took Salafism in the valley to great heights but was killed on April, 08, 2011 by the Lashkar-e-Taiba – an organisation based on Salafi principles. The only fault of the Maulana was that despite holding pro-freedom views he opted for a moderate approach and was not averse to holding dialogue with the government of India. He had no qualms in engaging with the interlocutors appointed by the Centre and despite raised eyebrows from the separatist camp he held several discussions and parleys with them. He paid for this with his life. Shah was the third leader in 15 years to be thus killed due to the fratricidal policy of the Salafi sect.

Today there are many in Kashmir who follow the Salafi doctrine but refuse to take an extreme view that encourages a political confrontation with India. One reason for this could be that the “moderates” are beneficiaries of the democratic process; they hold government jobs or are successful businessmen/professionals. They are, of course, considered to be traitors by the puritans and targeted when possible.

The incident of poster pasting and raising of passions against Salafi organisations needs to be seen in concert with the sudden spurt of terrorism in the valley; the recent back to back incidents in the heart of Kashmir and also in Gilgt-Baltistan just across the line of control point towards a concerted attempt to resurrect the defunct terrorist movement in total contravention to the promises that are coming from the new government across the border. The forces of evil may be looking at a time tested plan of raising religious passions and simultaneously blowing the bugle for Jihad with some terrorist initiated violence. The end game envisaged would be to put the valley on the path of instability all over again. The timing is also well thought out. The tourist season is waning and the Amarnath Yatra is underway, giving an option to rake up the turmoil during the Yatra period or immediately after it culminates.

Democracy in India gives its people the right to follow their religious beliefs; the problem arises when these beliefs are misused by some to raise passions and bring about a divide in the social fabric of the society. Such attempts need to be challenged with all possible means, especially so, in a sensitive region like the Kashmir valley.

It is important for the State government to take serious cognisance of the type of incident narrated above and ascertain its motivation. Is a Mosque actually coming up and does it have proper sanction? Who were the people who put up the posters and what was their stimulus? This second question is important because it is such small incidents that blow up to become major issues. Disruptive forces in the valley are not above creating issues and then blowing them out of proportion to engineer the type of mayhem that suits their brand of politics.

Violence on religious grounds is quite alien to the Sufi culture of Kashmir. It is a recent entry into the socio- political landscape introduced more by some imported fundamentalist concepts of Islam. Religious fundamentalism has already put relationships under stress and led to radicalism and sectarian violence in the valley. As it is, fundamentalism has brought about a seemingly insurmountable divide in the otherwise seamless, homogeneous relationship between the Kashmir Pundit and Kashmiri Muslim communities of the valley. Even today people of the valley rue the day when this was allowed to happen. Now is the time to save the valley from a Sunni versus Sunni divide that can benefit only the radicals who are sponsored by foreign forces. One can only hope that the people will get the right message in time to react and save their culture from yet another religious assault.