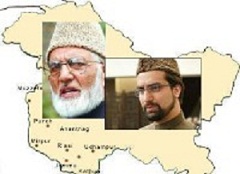 The international narrative on Kashmir is based on certain views and perceptions that are held sacrosanct by the international community. These views have been created by the international press and the diplomatic corps, who have simplified the regional complexity for an easy narration, more due to ignorance than any other political or intellectual consideration. Unfortunately, this has caused the truth to become a victim. The understanding of the Kashmir issue in the international arena has always been based on religion. The guiding principle is that India was partitioned on the basis of religion and Kashmir being a Muslim majority province should have merged with Pakistan. On face of it the argument sounds reasonable but a closer scrutiny suggests otherwise.

The State of Jammu and Kashmir comprises of three distinct geographic entities, namely, Kashmir, Jammu and Ladakh. All three regions have a distinct culture, language and ethnicity. The Kashmir valley, which is the centre of the whole problem, has Sunni Muslims as a majority and Shia Muslims as a minority constituent population. The Hindu population comprising of Kashmiri Pundits has been forced to flee the valley due to terrorism but they also have a stake. Jammu is a Hindus majority area and Ladakh is a Buddhists dominated region

Similarly, Pakistan Occupied Kashmir is a distinct geographical region inhabited by people with a different language, culture and sensitivities. This Pahari/Gujjar segment is contiguous to the Indian areas South of the Pir Panjal and has nothing in common with the people of the Kashmir Valley. The Northern Areas, which subscribe to the Shia form of Islam comprise of Gilgit, Baltistan and Barbaristan, three distinct regions with different society and tribes contiguous to Kargil and Dras in India. It is evident that ethnic composition of the State, never could and never can be, a point of reference for resolution of its problems, actual or perceived.

Kashmiri’s have rejected the cult of violence as also the motivated propaganda to merge with Pakistan and rooted for freedom and democracy as enshrined in the Indian Constitution. As compared to the previous three years this summer, by far, has been quiet and restrained both in terms of terrorist initiated activity and civil protest. Efforts were made by the separatists to instigate emotions, first after the murder of Maulana Shaukat Ahmed and later on issue of schedule of the Amarnath Yatra, but the valley remained peaceful by and large. This was a welcome change from the last few years when disruption could be engineered at the smallest pretext. The result is that the tourism industry is presently working overtime.

So how is it that the myth of separatist political paramountcy in Jammu and Kashmir prevails in the eyes of the international community? The media always follows the loudest voice in areas ridden by dissent, and for long, the separatist voices have been the loudest in Kashmir. Thus they receive a larger share of media coverage. Lead by an educated elite, with a dominant presence in the capital city of Srinagar, they end up in making the right noise at the right time in the right manner which directs all attention towards them and succeeds in giving credence to their narrative of being the sole representatives of the people of Kashmir. The separatists have been successful in exploiting the ignorance of the world to their benefit.

It was evident from the disruptions in the last few years that a small aggressive, organised and motivated section of separatists hit a media jackpot which helped them subjugate other moderate and reasonable voices. In the cacophony stringent voices, the environment of peace in the Jammu and Ladakh regions which clearly indicated that separatist had a hold only in the valley, was conveniently ignored. An understanding that the majority of the State constituents did not subscribe to the separatist agenda simply did not occur to the international community.

Even in the Valley, the rise of an Islamist perspective can be attributed to movements like Slafism which follow an Islamic world view. Syed Ali Shah Geelani, the most vocal opponent of India, frequently puts forward the idea of an Islamic state in Kashmir. In any such scheme of things the Shia and other ethnic groups will be second class citizens at best. We must not ignore the fact that Pakistan Occupied Kashmir and the Northern Areas, have been protesting against the colonisation of their homeland by the Pakistani Punjabi elite, the lack of political empowerment and second class status. The recent election for Azad Kashmir government in Pakistan could not be completed as the PPP and PML-(N) got into a bitter fight and MQM boycotted the election. This segment has many who support a merger with India. Sadly, a blanket ban on media coverage in the region does not allow its political realities to emerge clearly.

The solution of the Kashmir problem may lie in political negotiation but ground realities must be considered during such a process. The Constitution of India allows equal right to all and it has to be ensured in Jammu and Kashmir that no region is dominated by any other region. No group can be given more representation than it actually deserves. Separatists make the loudest noise to appear big but they have the smallest base. The multi-ethnic province cannot be represented by a single ethnic political leadership. Ladakh which is least populated but has the largest area cannot be allowed to be dominated by the most populated Kashmir which is the smallest geographical region. It is time for the world to see the ground reality of the state. It is a myth that separatists represent Kashmir, more so, since even the Muslims of the State do not have much faith in them and a lot many look upon them as stooges of Pakistan.