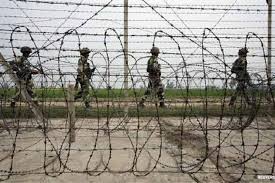 In a strange move, the former Chief Minister of Jammu and Kashmir, Omar Abdullah, wrote to the Governor offering support of his party, the National Conference (NC), to the People’s Democratic Party (PDP).It is well known that “there are no permanent friends or permanent enemies in politics” but the proposition put forth by Omar Abdullah borders on the surreal. Since its inception the PDP has faced nothing but ridicule from the NC and has given back to the party in equal measure. On what common ground was this support extended?

It is only befitting that the PDP out rightly rejected this outrageous proposal; it shows that in some quarters of the Kashmiri leadership there is a sense of morality prevailing. The curt rejection by the PDP put the NC into face saving mode and its spokespersons bent backward to explain away the offer as one of outside support and not joining the government.

The move by the NC, on the face of it, comes across as a pitiable attempt of a defeated party to retain power at all costs. A deeper analysis, however, throws up a more deep rooted game plan.  Omar has made the offer not directly but through the Governor and that too in the form of a written letter. It indicates that he was quite sure of it being rejected but wanted to place it on public record. It is quite evident that Omar was pandering to separatist tendencies. The message that he wanted to send out was that, “The NC is ready to go to any extent to maintain the dominance of the Kashmir valley and the Muslim majority over the Hindu minority, but the PDP is not ready to do so.” The NC, through the person of Omar Abdullah, wished to launch a shameless game of vote bank politics with an eye on the re-polls should they come by.

In the seeds of instability that this dangerous political game plan is sowing, what is going unheeded is the destructive impact that it can have on the whole of Jammu and Kashmir and in particular the Kashmir valley. It seems that the Kashmiri leadership has forgotten the strength and deviousness of the enemies of the region sitting across the border. The Jihadi masters across know Kashmir like the back of their hands and are keeping a close watch on the proceedings. They will definitely make a strong plan to exploit the emerging political dissent in the region.

The terror organisations based in Pakistan must be working overtime to resurrect terrorism while the region is engrossed in political turmoil and the administration is on a comparatively weak wicket. It is well known that supporters of terror and disruption in the valley are busy exploiting the frustration of the people to garner as much support for their evil cause as is possible. A concerted attempt is being made to increase the divide between the Jammu and the Kashmir region to an extent that bifurcation of the state is being spoken of as a possibility.

What is politics for the leaders may turn out to be a nightmare for the security forces and a disaster for the people.

If the leadership of the state is concerned about the welfare of the people then they should accept the political reality that has emerged post the Assembly elections.  The reality is that the Bharatiya Janata Party (BJP) has received a decisive mandate in the significant Jammu region of the state. It is, therefore, imperative that the BJP is part of any coalition government that is formed in the state. Representation from the other significant segment, the Kashmir valley, can come by from the PDP, the NC or the Congress since all three parties have registered a presence there.

The discussion on the issue is revolving around the reaction of the people of the Kashmir valley in case the BJP joins the government; what is not being talked about is the reaction of the Jammu region if the BJP does not join the government. The fact is that the Jammu region is bigger than the Kashmir region in terms of both geographic area and population figures. Also economically the Kashmir valley needs Jammu and not the other way round.

The PDP patron Mufti Mohammad Saeed is a seasoned politician and a mass leader; he has tremendous experience of national politics and fully understands the political implications of not doing getting into a coalition with the BJP.  The problem is arising from the few voices of dissent within the party that can cause a split and thus trigger an internal crisis. The senior leadership of the PDP needs to rise beyond this blinkered approach and save the state from possible disintegration in the long term and an unacceptable escalation of violence in the short term.

The PDP had a good working relationship with the BJP led National Democratic Alliance (NDA) when it was in power in the centre under the stewardship of Shri Atal Bihari Vajpayee. Surely, it can invoke that success to move forward in a similar manner at this stage.

The security situation in the state is tense because of continued Pakistani firing along the border and the line of control. A political misadventure of the nature that Omar Abdullah had embarked on will give the terror masters in Pakistan a reason to increase the threshold of violence. The security forces now have to remain poised to counter a possible resurrection of terrorism in the entire region.

A mature decision has to be taken in the shortest possible time to ensure that evil forces do not take advantage of the situation. The challenge on both the political and the security front has to be kept in mind. Personal interests have to give way to the overall benefit of the state and its people.