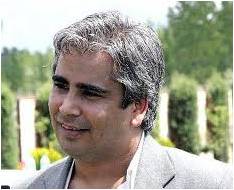 In India, the eve of 2013 witnessed grim battles at different levels and for different reasons instead of the usual festivities. New Delhi witnessed wide spread revulsion due to the gruesome gang rape in a moving bus of a 23 year old girl who succumbed to the brutal injuries caused by the barbarians who attacked her. The revulsion has spilled over on the streets and spread across the country in a wave that will not abate in a hurry. One can only hope that the death of the innocent girl will not be in vain and the paralysed government and immobile leadership will rise to the occasion.

While the protests were on across the nation, Kashmir was involved in an equally grim battle; the doves bending backward to project the region as an oasis of peace and tranquillity got a rude shock when the security forces launched an operation based on specific information against two dreaded LeT terrorists in Pulwama, South Kashmir on December, 28, just two days before New Year’s eve. The terrorists were neutralised by the joint force of JK Police and the Indian army but not before three brave soldiers including two officers of the army and one policeman sustained severe injuries.

What happened afterwards will, for long, remain an eye opener with regard to the ground reality in Kashmir so far as security in concerned. An unruly mob attacked the forces and in the process nine civilians are said to have sustained injuries. Initial reports by some newspapers declared the number to be upward of fifteen, in a clear attempt to whip up passions. The gory incident ended up with imposition of curfew and the mandatory exchange of insinuations and counter insinuations. Most incredibly, maximum propaganda is emanating from the camp of the senior partner in the coalition government – the National Conference (NC). The chief minister has maintained a tacit and studied silence and put forth his media henchmen to raise the muck; the target is, as usual, the armed forces special powers act (AFSPA). The NC spokesman Tanvir Sadiq has said that such incidents are “totally unacceptable,” and the party won’t tolerate “atrocities against civilians” that alienate the people further.

While painting the army as the sole villain in the entire unfortunate drama, what is being conveniently sidelined is that it was the special operations group of the JK Police that fired at the civilians and caused injuries, not the army. It goes without saying that these police personnel had no option but to open fire in self defence against potentially dangerous rioters. What is astounding is that the party heading the government would go about deriding its own security forces.

This is not the first instance of such political machinations by the NC; in January, 2012, one Altaf Ahmad Sood was killed when the Central Industrial Security Force deployed for the security of the National Hydro Power Corporation (NHPC) complex in Boniyar fired in self defence to ward of an attacking mob of civilians. In that instance also the NC took a stand against the CISF with the chief minister in the lead with a provocative statement which said, “The way Altaf was killed is really sad. This is not less than a murder….. Justice will be done…..”

It would be worthwhile to see what the chief minister has done to get justice delivered after having played so fluently to the gallery. The state government has not posted any progress on the case to the media; this would go down as another classic example of earning brownie points and discarding the issue forthwith. In fact, just a few months later, in September, 2012, the government of Jammu and Kashmir was quick to shoot down a request by the Central Reserve Police Force (CRPF) to move out two of its battalions, amounting to 2000 troops, from the State having developed cold feet with respect to the security gaps that the move entailed. While the bureaucrats of the state were standing, hat in hand, outside the offices of the Union Home secretary to get the order set aside, the chief minister was holding forth on his contrarian views on AFSPA. In the course of a speech at the Bakshi stadium in Srinagar he rued what he termed as the slow pace of dialogue with respect to the partial revocation of AFSPA. Can there be a better example of double standards?

The ruling party is blatantly accusing the army of subverting peace in the valley, “the armed forces shouldn’t repeat the mistakes that led to earlier spells of mass unrest in the Valley,” is the emphatic statement that has emanated for the party. The ground reality is that the NC is using the force to full advantage and then maligning it fro petty political gains. It knows that it cannot do with additional force yet it speaks in a lopsided manner.

The demand for revocation of AFSPA is simply a political ruse by the NC to keep its bête noir, the Peoples Democratic Party, at bay. Such political manoeuvrings are acceptable so long as the gun is fired from the party’s own shoulder. There are many means by which mandates can be achieved and political battles fought, messing around with security is clearly not one of them. When security is being compromised for such petty gains the whole process needs to be given a serious look. It has to be ascertained as to who is actually compromising stability, those who are doing their duty despite considerable danger to their lives or those who are sitting in plush drawing rooms and giving irresponsible statements based on half-cocked facts. It is time for the central government to take note of the petty politics being played out in Jammu and Kashmir at the cost of security.