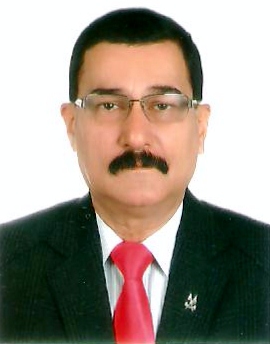 The people of Jammu and Kashmir are eagerly looking forward to the formation of a popular government in the state after a wait of nearly two months. With the election process having culminated on December, 23, 2014 and no party getting a clear majority, it is only befitting that a coalition government be formed by the Peoples Democratic Party (PDP) and the Bharatiya Janata Party (BJP), after having resolved to settle their differences. The parties will have in place a Common Program designed to give succour to the people of the state through good governance.

Even though the structured dialogue is yet underway, there is an air of positivity around the process. Media reports suggest that a consensus has been arrived at on most of the contentious issues and now only a final seal on the common minimum programme needs to be put.

A considerable credit for this goes to those leaders of the two parties who held informal talks over a sustained period of time to work out the broad parameters. It goes without saying that such a dialogue would not have come by without a statesman like approach of the senior leadership of the two parties; kudos to the PDP patron, Mufti Mohammad Saeed and Prime Minister Narendra Modi for their vision in this difficult and challenging situation. The decision could not have been easy for both parties given their ideological differences. It can be termed as a triumph of democracy considering that the emerging coalition government will represent almost 80 percent of the electorate of the state.

The structured dialogue that is being held would have the objective of defining the specific role  and responsibility of the coalition government  so as to add value to its public deliverance. It would involve collecting the segments into a cohesive whole that can meet the governance aspirations of the people. The essence of any negotiation or dialogue is mutual accommodation that enhances the effectiveness of the agenda. When the two parties talk they will find the common ground to complement each other rather than working at a cross purpose. In other words, the dialogue will lay down the parameters to be followed to ensure that their ideological divide does not come in the way of providing to the people the good governance that they aspire for.

PDP has declared the names of the names of its team of leaders for the structured dialogue. This includes Members of Parliament from the Sate, Muzzafar Hussain Beigh and Tariq Hameed Qara, Chief spokesman, Nayeem Akthar and  Members of the State Legislative Assembly, Haseeb Drabu, Altaf Bukhari and Vikramaditya Singh.

The BJP team will be led by Union Finance Minister Arun Jaitley and will include BJP General Secretary Ram Madhav, Member of Parliament, Jugal Kishore Sharma and Member of the State Legislative Assembly Dr. Nirmal Singh among others.

All participants of the dialogue are seasoned and matured leaders known for their wisdom and political acumen. There can be no doubt that they will conclude the proceedings in a manner that is primarily in the interest of the state of Jammu and Kashmir and its people while keeping national interest in mind. It is quite evident that the two parties will leave no stone unturned to ensure that they maximise their potential for the benefit of the people. There can be no better combination than the party at the centre and the majority party at the state level getting together for a well defined common cause.

There are many who question the delay in reaching to a consensus, they would hint at some under the table deals and such like activities. An astute political analyst would, however, agree that a consensus under circumstances of the differing ideology would have to be reached after due deliberations. Such a situation would take time to come by.

Mufti Mohammad Saeed, patron of the PDP has been under tremendous pressure to avoid a coalition with the BJP. Certain segments of the state media and other lobbies have been building a doomsday scenario should such an agreement come by. It is being said that by aligning with the BJP PDP would be selling out the Kashmiri cause.

It is to the credit of Mufti Mohammad Saeed that despite tremendous pressure he has been steadfast in doing what is right for the state and its people. He has bided his time and is doing whatever is humanly possible to strike a balance between the divergent aspirations of the people in the best possible manner. He is attempting to take the most pragmatic and sagacious decision under the difficult circumstances, this is what leadership is all about. The pressure on Mufti is much more than that on BJP and he has till now exhibited the highest level of political statesmanship. It would be in the interest of the people of the state to continue reposing faith in his leadership and not get swayed by negative propaganda.

At this point giving to the people the government that they voted for is of prime importance, next comes meeting the primary aspiration of good governance that brings about peace progress and development in an inclusive framework. The manner in which the two parties are going about in fructifying this agenda is both righteous and moral. There is no doubt that only good will come out of this noble initiative.