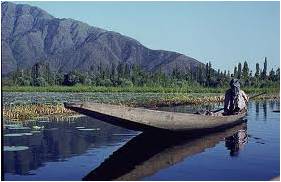 It would be axiomatic to state that whatever has been handed to one on a platter is normally frittered away without a second thought. Nevertheless, it remains true, as do all axioms derived from age old experience. Nothing could be truer than the above in the context of Kashmir in present times. Today the situation in Kashmir is one where the government is allowing itself to breathe easy. The turmoil of the recent summer seems to be a thing of the past, incidents of terrorist activity are negligible, attempts at incursions from across the border have been deftly foiled, politicians ascribing to the separatist ideology have been suitably discredited and wonder of wonders, Pakistan has been rather quiet what with it being embroiled in its own internal mess.

Even the Kashmir Solidarity Day observed early this month, had a subdued air about it and was merely a formality with very little of the former propagandist tenor attached to it.

It would seem that the separatist movement in Kashmir has been well and truly controlled. It is no wonder then that both the State and Central Governments are individually patting themselves on their backs: the State administration for having met and fulfilled the Kashmiri aspirations and the Central Government for having succeeded with their novel idea of using the interlocutor approach. Indeed, so convinced are both parties about their success stories that they are seriously considering a reduction in security forces operating in the valley and dilution of the Armed Forces Special Powers Act (AFSPA). In their upbeat mood they seriously think that the JK Police force will be in a position to deal with the law and order situation that may emanate within the State henceforth.

However, there are also some other facts that need to be taken into consideration before the overview of the situation prevailing in Kashmir is complete. For one, it is fairly common knowledge that there are some two thousand over ground workers (OGW’s), also regarded as the foot soldiers of the terrorist movement, who are present and active in the valley of Kashmir. They may be involved in strengthening the terrorism related infrastructure in the valley, in recruiting more young men and women into their fold, or in simply lying low and recouping their energies to be in a position to aid terrorist strikes at the opportune moment. Communication intercepts received by intelligence agencies reveal that not only are these people active, they are also in frequent touch with their masters across the border and always ready to do their bidding.

Pakistan on its part, despite all its other problems has, so far, done nothing to indicate that the Kashmir issue no longer interests it, politically or strategically. For one, the infrastructure for sponsoring terrorism in Kashmir which includes organisational, strategic and financial aid is still very much operational in the country. Secondly, the country is blatantly misusing trade to promote terrorism. Recently, instances of Hawala transactions have come to light, whereby, an attempt was being made to transfer huge amounts of money in to the Valley for spreading terror. This was being done by people known to be close to senior separatist leaders. In fact, one must realise that at this particular juncture when Pakistan is facing the heat from all possible directions, it is likely to create more problems in Kashmir to deflect world attention in a direction other than its own. Traditionally, a weakened political establishment in Pakistan is tantamount to an increase in nefarious activities in Kashmir.

That is not all. Terrorists who are supposed to be languishing in jails are said to be in possession of means and facilities that could prove to be extremely dangerous for the situation in the valley. This means that from the relative security of jail, with the help of mobile and other telecommunication devices, they are in a position to provide directions to the foot soldiers outside as well as receive directions from their own masters across the border. If per chance any doubt does exist on this score, one simply has just to open one’s eyes and minds to the sporadic terrorist incidents that continue to mar the peace of the valley. Terrorists have, recently, shot two girls in Sopore and more fired at two more in Pattan. This is the situation when terrorism, owing to the hostile weather conditions, is supposed to be at a low ebb. These incidents establish the need to find a logical answer to one relevant question – If the terrorist leadership has been effectively neutralised then who is spearheading this violence?

The next question is – why is the government so keen to project that all is well with the situation in Kashmir? Agreed that a lot of progress has been made in controlling what was fast becoming a situation totally out of hand, still that is no reason to be complacent and lose all that one has gained at considerable cost and through careful hard work. At such a juncture one needs to be consolidating whatever gains one has made and remain vigilant against any kind of possible retaliation. That is what the principles of sound strategy would recommend. This is certainly not the time to be talking about a reduction in troops’ presence in the valley, or a dilution of the AFSPA. After all actions under the ambit of the AFSPA are taken only when the need arises and if the situation has improved the Act automatically becomes dormant. If however, the situation suddenly flares up once again, as are the indications coming from various directions, and

the valley is bereft of adequate security arrangements and adequate legal protection for the security forces, there could be a heavy price to pay. When taking such decisions of strategic importance, it is prudent that the opinion of professionals in the field be sought and respected.