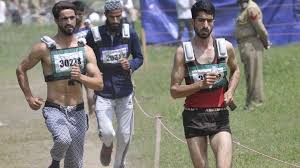 “When curfew is lifted there will be a blood bath,” said Pakistan’s Prime Minister, Imran Khan, in the course of his address to the United Nations General Assembly (UNGA). He parroted this phrase and other hate filled rhetoric with monotonous regularity all though his stay in the United States. It is quite apparent that these phrases had been embedded in his drug induced mind.  What the prime minister conveniently ignored is that curfew has been lifted totally from more than 90 percent areas of Jammu and Kashmir for more than two weeks now. In the few remaining pockets restrictions have been eased to a great extent. So, he was telling half truths in a forum as distinguished as the UNGA, which is quite a shame.

There remains not an iota of doubt that this rhetoric has been prepared by the Pakistan Army for him to blurt out everywhere and anywhere. It is quite apparent that the Pakistani Generals are looking towards their stooges in Kashmir to create violent disruption to further the evil game plan.

Earlier, such responsibility lay with the terrorists that the Pakistan Army was able to infiltrate into the Valley. Ever since the Indian Army has stopped this flow by strengthening the Line of Control and with incisive counter-terrorist operations in the hinterland, the perpetrators of terror have been left with no option but to indoctrinate the local youth to do this dirty work for them.

Money power and psychological pressure by invoking a false sense of religious responsibility has been used to push the youth of the Valley towards the self destructive path of stone-pelting when they are in their early teens and graduation to terrorism as they grow older.

For India, the situation brings forward an urgent need to engage with the youth and wean them away from the desire to pick up the gun for a non-existent, self destructive cause, at the behest of Pakistan. There is a need to look deeply into the reasons behind the frustration that leads the youth towards pursuing mindless violence, and then take all necessary steps to stop the same.

Lack of economic opportunity is a major reason behind youth following this debilitating path. In Kashmir 71 percent of the population is under the age of 35, of which, almost half is currently unemployed, this is a major cause for a deep sense of uncertainty. Add to it the continuing environment of conflict and we have in hand a young and frustrated populace. The prevalent feeling of desperation, anger and helplessness can easily be exploited as is being done by Pakistan.

The Union Government as also the political and social leadership of the country are well aware of the malevolent designs that Pakistan harbours for the youth of the Kashmir Valley and many positive steps have been initiated to control the malaise. Infrastructure in terms of schools, colleges, community development centers, ITIs etc. Is being established to impart quality education and generate self-employment opportunities. To ensure quality education at the school level, the process of making 43000 teachers permanent under Sarva Shiksha Abhiyan has begun and honorarium of Anganwadi workers has been increased from Rs 3600 to Rs 4100.  Sports are an intrinsic part of child development, and as such, a good amount of stress has been laid in this arena, a fund of Rs 250 crore has been set aside for building sports infrastructure; each Panchayat will soon have a playground  to encourage the young to channelise their energies in the right direction and also pick up sports as a career.

The government has launched a number of schemes to provide employment to youth in the state. 50,000 new jobs will be generated for the youth of J&K; focus will be on enhanced recruitment in central government jobs like paramilitary forces etc. Also, Juvenile Justice Board and Child Welfare Committee will be constituted in every district.

The recent reorganisation of the state into two Union Territories has given to business houses an incentive to set up business ventures in the region and many companies have already expressed interest. “As many as 31 companies from other parts of India, have submitted Expressions of Interest (EOIs) to the state government, to set up their units in the Valley,” says an author, Junaid Katju, in his article “Is Kashmir getting industrialised” carried by The Quint. “The interested companies have also demanded five to fifteen-year tax holidays. Sources said the state administration has almost finalised the proposal, and was in the process of identifying land to set up the new companies,” he adds. The companies belong to diverse sectors like defence, skills and education, tourism, IT & technology, infrastructure, renewable energy, manufacturing and hospitality.

It cannot be denied that the way ahead is full of challenges. At every stage an attempt will be made to pull back the forward movement. Functioning at a highly industrialised and urbanised scale is something new for the people and they will take time to adapt. Politics of disruption and divisiveness being perpetrated on the strength of unlimited foreign funds is yet another area of criticality.

The Government wishes to stay fully involved in the process of strengthening democracy and economic recovery of the region and it is for this reason that it has converted the region into two Union Territories.

It is hoped that the youth of the region, especially those of the Kashmir Valley will correctly comprehend the changes that are in the pipeline and will come forward to fulfil all such aspirations that have remained dormant due to the long and debilitating shadow of the gun. It is time to shift primacy to the socio-economic dimension and relegate politics to a distant second or third position. A positive approach will definitely negate Pakistan’s plans to exploit the youth of the region to further its evil agenda.