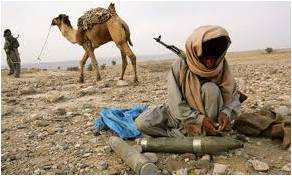 Pakistan is once again in the throes of a financial crisis. Such crisis in Pakistan is never the result of conventional economic activities of recession and boom as in the case of the rest of the world. It is invariably the result of reduction in aid from various donor countries. The present crisis has been triggered by the decision of the US to hold off a third of the $2 Billion, amounting to $800 million, in security aid. This decision came in the wake of expulsion of 100 US military trainers from Pakistan and tightening of the process of granting visas to US military personnel by the Pakistan government.

Post the killing of Osama bin Laden on Pakistani soil, the disenchanted Osama government was looking for an excuse to do something like this and the curtailing of US military activity in Pakistan provided just that.”They’ve taken some steps that have given us reason to pause on some of the aid which we’re giving to the military, and we’re trying to work through that,” said White House Chief of Staff William Daley to an American television channel. However, the US has kept a window open for resumption of the aid. Colonel David Lapan, a Pentagon spokesman, said the aid had been put on hold and could be resumed if Pakistan increased the number of visas for US personnel and reinstated the training missions.

Things have moved a long way from the original though short lived bonhomie between Bush and Musharraf and the more recent cozy rapport between Shah Mehmood Qureshi and Hilary Clinton. Today the US-Pakistan relations are exemplified by the acrimonious stand-off between US Defence Secretary, Leon Panetta, and the Pakistan ISI Chief, Shuja Pasha. Their recent meeting in Pakistan led to the restriction on US military presence in Pakistan and further to the sanctions on the aid process.

The US has been a regular donor for Pakistan since 1948. It has, since then, pledged more than $30 billion in direct aid and more than half of which has been for military assistance. Two-thirds of this total was appropriated in the post-9/11era from 2002 to 2010. In September 2009, Congress passed the much debated Kerry-Lugar Bill which authorised the President to provide $1.5 billion in annual bilateral economic aid to Pakistan from 2010 to 2014. The law required Presidential certification for release of security related aid; which has been a headache for the incumbent Presidents ever since. Nevertheless, the aid has been disbursed in spurts. Also in 2009, the US Congress established two new funds—the Pakistan Counterinsurgency Fund (PCF and the Pakistan Counterinsurgency Capability Fund (PCCF) to build Pakistan’s counter insurgency capabilities.

In the financial year 2010, through the medium of various grants, the US Congress has provided to Pakistan $ 4.5 billion in military/ economic assistance and coalition support fund making it the second-highest recipient after Afghanistan. In addition, in mid-2010 the US pledged an additional $592 million in emergency and recovery aid, plus $95 million of in-kind aid to tide over the flood situation. In October 2010, US Secretary of State Hillary Clinton announced the administration’s intention to increase US Foreign Military Financing for Pakistan to $2 billion over a five year period; a $100 million annual increase from the current level.

Now it seems that the honeymoon is over, if not, then at least at a low ebb. Although there have been serious spats between the two countries, now tensions seem to have escalated to an unprecedented level. There is no doubt in the US that Pakistan is not deserving of such largesse, yet it is constrained by circumstance of the Af-Pak to continue the same till such time that a viable alternative presents itself. Many in the US question the gains from the aid, especially so, since goodwill generated by it is offset by widespread anti-American sentiment among the Pakistani people. Even now Pakistan has threatened to pull out its troops from its western border since compensation for their employment in the war against terror is being curtailed.

Surprisingly, Pakistan has the capacity to absorb the suspension of aid; what the country is worried about is that this could well be the harbinger of more cuts if the relationship between the two countries slides further. Aid has, by now, become a lifeline for the country which has continued on a path of underachievement despite a regular infusion of such doles. It has failed to generate the will or the wherewithal to bring about reforms in its social, economic and political structure. Under these circumstances, self-sufficiency continues to remain a distant dream.

India has welcomed the US decision to withhold or cut military aid to Pakistan on the premise that this will reduce the proliferation of arms and warlike stores in the volatile South Asian neighbourhood. “India has consistently taken the view that it is not desirable that this region had to be heavily armed by the US which will upset the equilibrium in the region itself. To that extent India welcomes this step,” External Affairs Minister, SM Krishna, said in New Delhi. Unfortunately, India’s joy is rather misplaced because the capacity of the US to continue with this pressure is suspect and Pakistan continues to retain the option of leaning more towards China in case the US tap closes. China has been quick in assuring Pakistan financial support should the US cut back its doles further.

A concluding word of advice for Pakistan – other countries like Japan, South Korea, Thailand, Turkey and Indonesia were once large recipients of foreign aid, including military aid. They have not only ceased taking aid but have now become aid provider. By so doing they have reclaimed their sovereignty and self respect. Pakistan should also create the will to follow this more righteous path which would lead to lasting stability.