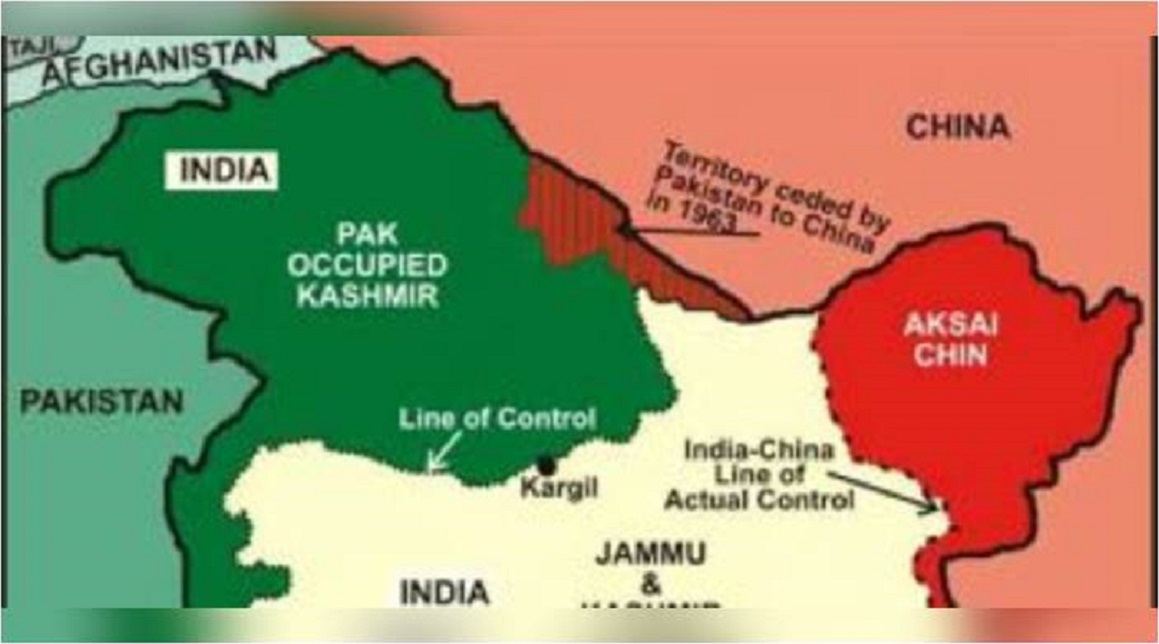 Pakistan Occupied Jammu Kashmir (POJK), that comprises of Pakistan Occupied Kashmir (POK), fallaciously called Azad Kashmir and Gilgit-Baltistan is one among the most oppressed and exploited regions in the world. This region is legitimately a part of India but, due to certain unfortunate circumstances at the time of partition, it remained under Pakistani control. Pakistan has, very sadly, refused to embrace the region and its people as its own. The dominant Punjabi Muslims of Pakistan look down upon the Kashmiri Muslims who inhabit POK, a bigger revulsion is reserved for the inhabitants of Gilgit-Baltistan who are of the Shia faith and as such, an anathema to the Sunni Punjabi’s.

The Punjabi elite that rules the country has been exploiting and looting POJK for the last seven plus decades since partition. The resource rich region has been systematically subjugated, converted into a colony and  bled ruthlessly. With each passing year, new methods are being evolved to strengthen the vice-like grip of the oppressive state.

The most evil manifestation of this policy is the ongoing process of demographic engineering of the region. It is being carried out to gain absolute control of the land and its assets and to ensure its final accession to Pakistan. The intention is to reduce the indigenous population to virtual slavery.

Demographic engineering is feasible in the region because of its sparse population and large area. The objective is being achieved with a two pronged strategy of targeted genocide and settling down of Punjabi elites and Army men across POJK. Now even the Chinese are being settled there with impunity under the garb of operating the China Pakistan Economic Corridor (CPEC) and this after the illegal handing over of the 5,180 square km Shaksgam Valley of Gilgit-Baltistan to China . This apart, Pakistan is blatantly grabbing forest and agricultural lands to transfer them to Chinese companies for large-scale infrastructure projects. The work force in these projects comprises of Sunni settlers who have totally displaced the Shia population from villages on the Karakoram highway.

Islamabad has gradually diluted constitutional provisions in the area to facilitate outsiders in grabbing the land and resources of the illegally occupied areas. It abolished the State Subject Rule in Gilgit-Baltistan in 1984, which opened the area for purchase of land and resulted in the demographic changes. “Pakistan has never kept its end of bargain when it comes to Jammu and Kashmir (POJK). It has encroached on the land….. it has awarded the land to China… it is changing the local demography that further violates the State Subject Rule,” says Senge H. Sering, a resident of Gilgit-Baltistan now living in exile in the US. He speaks for his people in international forums through his Institute for Gilgit-Baltistan Studies in Washington. “It robs the locals of their resources. It denies them jobs and services. It has never paid royalty on local water resources. It never pays tolls on local transit routes. All these activities are illegal and not acceptable,” he adds.

The situation is so sensitive that in 2018 the then Indian Army Chief, General Bipin Rawat, openly flagged it in the course of a lecture. “Pakistan has very cleverly changed the demography of so-called Pakistan-occupied Kashmir and Gilgit-Baltistan….. People from Gilgit-Baltistan are also now being taken over gradually…” he said,

Statistics give a fair idea of the dismal situation in the region. In Gilgit-Baltistan, the locals to outsider population ratio has tripled in favour of the latter; the Shia population has diminished by almost 20 percent. Large Punjabi and Pushtun settlements have come up across the region, more so in  important cities like Gilgit, Ghizer, Shardo, Diamer etc.

While removal to the State Subject Law opened the floodgates in Gilgit-Baltistan, an equally malevolent design has been working in POK. The trade, banking and commerce of the region is firmly in control of “outsiders.” Contracts for government owned forest lands are being given predominantly to Punjabis, mostly retired army officers. The locals are being reduced to working as labourers with no rights to form Unions. Almost all civil service posts are occupied by non-locals.

In POK too statistics give a clear indication of the level of demographic engineering that has been resorted to. The population index in POK rose from 2.9 million in 1998 to  4.5 million in 2017, Where did so many people come from? The federal government of Pakistan has a firm grip on the region with the toothless Government of so-called Azad Kashmir looking on as a mute spectator.

The biggest demographic menace being faced by the region comes from the endless stream of militants who are brought in for infiltration into Jammu and Kashmir in India.  These notorious gun-toting  sub-humans harass the people endlessly; they are responsible for taking the crime rate to unacceptable levels, cases of rape and molestation of women are rampant. Many of these criminals prefer to settle in the region and are used to subjugate the poor people.  The Headquarters of terrorist organisations like United Jihad Council (UJC), Hizbul Mujahedeen, Lashkar-e-Toiba etc are in POK.

To strengthen its position, Pakistan has suppressed all critical voices. Hundreds of activists have been executed and given life-time sentences in false charges of terrorism and spying. A large number of them emigrated to other countries. Further, the travails of the people remain hidden from the world because of repressive media restrictions. There is hardly any newspaper being published over there, what to talk of electronic media. The world gets to see only the few video clips that are smuggled out and shown by freedom fighters of the area living in exile across the globe. The brutality of the establishment is clearly visible in this footage which is available on social media.

The people of the region have been protesting against this demographic engineering but their voices are not heard. The international community led by India needs to address the threat of extinction faced by these people in their home-land for millennia. Pakistan’s immorality in this cruel game plan to control the region has b to be checked under all circumstances.