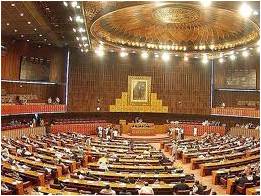 Election fever is set to grip Pakistan in the coming months with the current National Assembly due to complete its tenure on March, 16, 2013. It is widely believed that elections will be scheduled for April next year which, in accordance with the Nations electoral process, implies that the incumbent government would be dissolved in January, 2013.

Reports suggest that the government has in place a road map under which the National Assembly, or the lower house of Parliament, will be dissolved in January and a caretaker government will be installed, followed by general elections. It is further reported that that the major political parties of Pakistan, the ruling PPP and Nawaz Sharif’s PML-N, have exchanged key proposals on creating a caretaker set-up to oversee the polls.

The incumbent government has been in the eye of the storm almost through its tenure and more so in the last year or so. In mid-January, 2011, it had a major confrontation with the Army establishment and the Supreme Court mostly due to a scandal termed as “Memogate”. The confrontation led to a widespread speculation of early polls. The threat of a military coup also hung quite potently in the air. The face off carried forth till the middle of the year with Prime Minister Raja Pervez Ashraf indicating polls in November, months ahead of schedule. Under the circumstances, completion of its full term by the incumbent government for the first time since the inception of Pakistan as an independent nation is quite an achievement in itself. This is a meaningful landmark in the history of Pakistan. The happy circumstances go further to suggest for the moment that the elections will be held in a free manner even though the fairness aspect will always remain suspect.

As the country goes into election mode the ruling PPP is perceived to be on shaky ground. Its alliance partners, the Muttahida Quami Movement (MQM) and the Pakistan Muslim League-Q (PML-Q), have been distancing themselves from the government. The only straw that the PPP holds on to is the hatred that PML–Q has for the PML- N which creates for it a scenario of an enemy’s enemy being your friend however unpalatable. More critical than the political bigwigs would be the electoral forays of the religious pressure groups into the political space of Pakistan. These groups have tasted some success in the provincial elections and are now not averse to jumping into the national level with a distinct anti-United States agenda; for this reason they have already made an alliance called the Defence of Pakistan Council. Last but not the least is the Pakistan Tehrik-e-Insaf party led by cricketer-turned-politician Imran Khan; this party has been making steady progress with its agenda against the use of US drones in the northwest tribal regions of the country. With speculations of covert support from the Pakistan army it has attracted several leaders from other parties into its fold

The question now is – will Pakistan finally gain political stability with a democratic environment? That the process is in place is a strong indicator in the positive direction; there are, however, many roadblocks. First and foremost is the conduct of the election. In case the ruling

PPP tries to tamper with the election process there will be a terrible backlash from the other political dispensations which could well lead to an avoidable intervention by the army. The silver lining is that the army is quite unwilling to soil its hands in the mess that passes off as governance in Pakistan and would be reluctant to take over.

It came be safely surmised that democracy in Pakistan can take firm roots and flourish only if the nation sheds its sectarian and fundamentalist mindset. While discussing the ideology of Pakistan a famous writer Vaqar Ahmed has had the courage to say that in order to progress the nation must generate the moral courage to declare that religion cannot be the basis for creating a nation-state. He feels that religion cannot be used to exploit those honest, hardworking Pakistanis who are only seeking a square meal, some security of life and property, a decent education, healthcare and a little hope for the future. Literally speaking, this should be the writing on the wall for the leaders of Pakistan but how far they can walk this path is a different matter altogether.

The turmoil in Pakistan is not a creation of India as many would like to make the gullible population of the nation to believe; it is the result of the internal contradictions that beset the political landscape of the country. Being an internal issue it can be resolved only internally; what is required is a will to usher change. The examples of Myanmar and Bangladesh are there for all to see, whether they are understood and imbibed is the big question. The bottom line is that Pakistan must stop being its own enemy.

The ruling dispensation of Pakistan is quite eager to get the Indian Prime Minister to visit the country before the elections in view of the very obvious political gains. This, of course, does not come across as a good idea for the moment since there is a lurking danger of the situation taking a turn for the worse in Pakistan. Already there are indicators of unrest with India as the epicentre of all belligerent brinkmanship. Military activity along the line of control in Jammu and Kashmir is gaining momentum; ceasefire violations and attempts towards infiltration are on the increase. India was in talks with both Pakistan and Bangladesh with regard to a liberal visa regime; while the process is already in place with Bangladesh with institution of simplified visa procedures for senior citizens, students, businessmen, medical patients and to promote tourism, not much progress has been made with Pakistan. It is quite evident that for India there is no other option but to wait and watch while hoping for good sense to prevail.