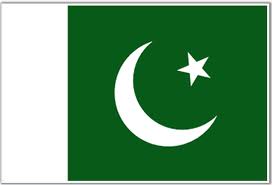 Pakistan must put its own house in order before blaming neighbouring India and Afghanistan for the rise of the menace of terrorism in country, a top Pakistani counter-terrorism expert said today. Addressing a seminar on the ”challenges of counter-terrorism in Pakistan,” Dr Moonis Ahmar of the University of Karachi said here that the internal threat in the country was growing, especially with increasing attack incidents on sectarian basis. He underlined the need for the government to put its own house in order before putting blame on the neighbouring Afghanistan and India for creating cross border terrorism. While Pakistan has to manage its domestic terrorist problems, the South Asian countries would have to take a positive approach in tackling the problem on regional basis, he told some 50 academics at the seminar organized by the Institute of South Asian Studies.