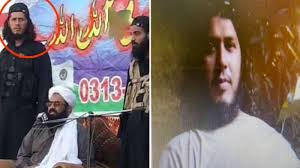 Having failed to mobilise international opinion against India following abrogation of Article 370, Pakistan has no arrow left in its quiver, except the use of terror to destabilise peace in Jammu and Kashmir.

Recent failed attempt to trigger car bomb in Pulwama is seen as step in that direction. Evidence available with security agencies on ground once again points a needle of suspicion towards Pakistan for utilising services of Jaish-e-Muhammad chief, Masood Azhar and his gang to bleed India.

Investigations have exposed the role of Jaish module, comprising commanders from Pakistan, for  orchestrating a re-run of the earlier Pulwama bombing to inflict maximum casualty of security forces.

He along with another Jaish Commander, Waleed Bhai, also from Pakistan, fabricated a car bomb that was to be triggered to target security installation or passing by security convoy in Pulwama.

But their nefarious design was thwarted by credible intel inputs that helped security force personnel intercept the explosive laden vehicle at Naka (Check point) on Rajpura road. The bomb was later detonated by a Bomb Disposal Squad (BDS).

Information available with security agencies reveals that, Alvi also known as Lambu Bhai, because of tall height, has taken part in several recruitment rallies organised in the past in Pakistan Occupied Kashmir (POK)  by Jaish leader Rauf Azghar, brother of Masood Azhar.-

In early 2019, Alvi was pushed into Indian side of Kashmir with clear cut instructions to carry out well coordinated suicide attacks to give fillip to terror related activities in Jammu and Kashmir.

Few days later Jaish infiltrated another commander, Waleed Bhai, along with group of four other terrorists to assist Alvi in his terror mission. The duo are IED experts and for the last one year they are operating in South Kashmir.Two weeks back, Waleed Bhai managed to flee from one of encounter site leaving behind a Pika Rifle.

As per Intel report, both Ismail and Waleed were sent to Kashmir with a mission to carry out fidayeen (suicide) attack on the same lines as that of the Pulwama attack which had killed 40 personnel of the Central Reserve Police Force (CRPF).

It has also been learnt that ISI officials, soon after infiltrating them into Kashmir, held a meeting with the top brass of JeM, including commander Mufti Asghar Rauf, in Rawalpindi. Directions were given that the terrorists should wear Army outfits and not be concerned about possible civilian casualties in the attack.

This may be a direct fallout of Pakistan being anxious due to the peace that has prevailed in Jammu and Kashmir since Article 370 was revoked. The country has had a notorious habit of waging proxy wars in Jammu and Kashmir by using terrorist organisations, often providing covering fire by violating ceasefire across the Line of Control

Ismail and his gang had first planned to carry out car bombing on February 14; the  first anniversary of Pulwama attack but alertness of troops led them call of their deadly mission at the last moment.

Few weeks back, security agencies intercepted chatter between mentors sitting across and Jaish commanders operating in Kashmir. They were given green signal to go ahead with their plans.

Intelligence inputs reveal that last week finally Jaish commanders led by Ismail held a meeting in one of their hideouts in Pulwama to give final shape to their car bombing mission. Adil Hafiz, who was indoctrinated and brainwashed to be suicide bomber was tasked to drive car bomb to its target.

There are inputs that Jaish Commader, Ashiq Nengroo, who is presently in Pakistan also was in touch with Alvi and gang. Two years back, Nengroo of Kakapora,  went off the radar of security agencies after the Jhajjar Kotli incident, in which he and his associates were transporting three Pakistani terrorists to the Kashmir Valley. His name shot into prominence when police intercepted a truck at Lakhanpur carrying large quantities of arms and ammunition. There are reports that wife of Nengroo has also managed to exfiltrate to Pakistan.

Nengroo has got good network of over ground workers in South Kashmir. He is believed to have provided logistic support to Pakistani Jaish cadre to keep intact eco system of terror and help them in their suicidal mission aimed to spill blood on streets of Kashmir valley.

After lying low for several months, once again Pakistan has turned on terror tap against India. Following factors are believed to be reason behind same:

Intelligence led counter terrorism operations has broken back bone of many terror outfits. Many a top brains of Hizbul, Lashkar and Jaish been eliminated. As per data available with security, of 144 fatalities in J&K this year, 104 are terrorists, 31 are security force personnel and nine civilians. Despite this, Pakistan is attempting to turn on terror tap in Kashmir yet again.