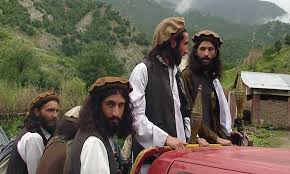 After a ding-dong battle over many months the government of Pakistan has confirmed that its talks with the Tehreek-eTaliban Pakistan (TTP) are finally on track with the government committee having met with the representatives of the militant organisation. The government would like the world to believe that nothing (not even bad weather that stalled the earlier attempt to reach out) can come in the way of their determination to go ahead with the peace initiative.

While there is general approbation and back slapping, no concrete information about the outcome of the preliminary round has been given to the public domain. As usual, the process is shrouded in secrecy and opacity for which the current government of Pakistan is gaining a fair degree of notoriety.

There can be no two views about the fact that the political career of Nawaz Sharif is at stake since he has been bending backwards to get the dialogue process going. Over the past few months he has remained steadfast in his resolve despite grave provocation from the other side in the form of undeterred terror attacks across Pakistan. The attacks have put paid to the governments assumption that TTP has only a tribal signature and can be isolated to the western frontier regions of the country, yet, the government has not relented from its policy of appeasement.

Now, in case the talks fail to produce tangible results, the stature of Nawaz Sharif as a leader will get a severe beating. Even his foreign friends like Saudi Arabia and the US will start thinking lowly of him. Quite naturally, he would not like to see any such thing happening. It is common knowledge that the prime minister has assured the US of a “surgical military strike” should the talks fail; he has said this out of bravado and to stall pressure in the run up to the dialogue process. However, he, more than anybody else, realises that this is easier said than done considering the hesitation of the Pakistan Army for a face to face engagement with the TTP.

It is being said in certain circles that Nawaz has kept the army away from the talks which would entail a breakdown of the process at a crucial juncture should the all powerful Army choose to veto the proceedings. The speculation can be put to rest in the wake of reports that a representative from the Pakistan Inter Services Intelligence (ISI) is a part of the government committee and the army is definitely in the loop so far as the process is concerned.

There is a universal viewpoint that Nawaz Sharif has walked the extra mile and now it is the turn of the TTP to give a positive response; there is only so much that the government can do and no more. The TTP will, of course, do everything possible to cash in on the perception of Nawaz Sharif having a soft corner for the organisation, but this perception can be stretched only so far and no more. The days of Zia-ul-Haq and his Islamic leanings are over and done with. Despite being his protégé Nawaz Sharif can no longer afford to follow that line. The reasonable political posture that he adopted in the run up to the elections and ever since taking on the mantle of prime minister is an indicator of his having realised which side the wind blows.

At best TTP can be accommodated within the fold of the democratic constitution of Pakistan. Any demand beyond this would not be acceptable either to the country or the world. There is no going back from the progressive policies that the country has been following over the last few years under the previous government run by the Pakistan People’s Party (PPP) and the one now being run by the PML (N). Democratic norms, rights of women and minorities, universal education for children, open economy, freedom of press and other such pillars of a free life are non-negotiable. Pakistan has paid a big prize to get to where it stands now; the path ahead though strewn with problems and challenges is by and large irreversible.

Undeniably, the dialogue process has made substantial and unprecedented progress. The government should now proceed with complete clarity of mind and utmost caution; it should not be in a hurry to wrap up things and in the bargain give away certain concessions that would complicate the mater rather than resolving it. The committee should restrict itself to setting out the terms of engagement and identification of the major issues that are negotiable. Any attempt to cut short the process would be counterproductive.

Progress in the talks can herald a new chapter in the history of the trouble torn region and can prove to be a game changer in the security threshold of the entire sub-continent. It is no wonder that all eyes are on the process. The very essence of the talks lies in the TTP shunning violence of all types and coming on the table with clean hands. The militant organisation should refrain from taking the accommodation offered by Nawaz Sharif as a weakness. He is, after all, a seasoned politician who will play his cards in a prudent manner; TTP would commit a grievous error by under estimating him.