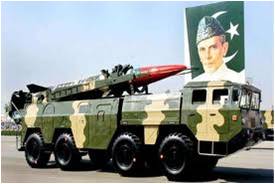 It is common practice amongst Indian experts on Pakistan to suggest that Pakistan has survived on US aid all through its 65 years of existence. Indians love to give credence to this thought process since the argument is in tune with their view of Pakistan. It supports the myth that Pakistan, as a Nation, has gone over the hill and is today nothing more than a failed State. Indians wish to believe that the idea of Pakistan was flawed in the first case and its economic travails validate this point. Statistics, however, do not support this claim. Logically speaking if a nation is surviving on foreign aid then the aid should comprise a significant percentage of its GDP. US aid to Pakistan since its creation as a Nation is pegged at $61 billion, which is very miniscule in percentage terms of the GDP of the Nation which stands at $ 175 billion. Annual US assistance to Pakistan at present is not even $1.8 billion. For a population of 180 million this comes to around $ 10 per head only.

The proposed financial support to Pakistan by the US for the period up to 2013 is pegged around $ 2.4 billion. This amount looks further diminished if one separates military and civil assistance. It is worth mentioning that a large part of the military assistance comes for weapons purchase from the US. Therefore, that money gets recycled into the US economy only. How can a nation as large as Pakistan survive on such a miniscule amount of aid?

Pakistan, like India, also has a large expatriate population in the Middle East and the West and their remittance is a huge foreign exchange earner. Pakistan gets around $12 billion annually from such remittances which are around the same amount which the US has given to the country in the last ten years. Therefore, what expatriates send in one month, the US gives in one year. This factor alone gives a different perspective to anyone trying to understand the nuances of US aid Pakistan. It highlights the insignificance or rather lack of significance of US aid for Pakistan’s survival.

On the flip side, when the US imposed sanctions against Pakistan after the nuclear test, the Pakistani economy was almost at the verge of collapse, a situation further aggravated by the fact that for fear of the US no other country came forward to aid Pakistan and bail it out in its hour of distress. It merits considerations that US assistance to Pakistan also comes in the form of the European, Japanese, International monetary fund, World Bank and Asian Development Bank support and loans. When seen as a package deal this converts into a fair amount of money. Pakistan still owes immensely to the US as it has always been generous in giving legitimacy to military dictators and strengthened the army which has ensured the survival of the nation state. US has vehemently supported the idea of Pakistan and ensured that a regional status quo is maintained.

This aid flows into Pakistan only because US wants to garner the support of the country for its misadventures in the region. When Pakistan tried to create a informal group “the friend of Pakistan” to seek economic assistance, it achieved very limited financial support since the US moved forward to cull the initiative which it perceived as against its stated global policy; a move that was designed to create another source of funding parallel to US aid. Therefore, this support should not be seen only in the form of assistance on humanitarian grounds or diplomatic considerations. The leverage that it provides to the US to get continued support from Pakistan in its so-called global war against terror also needs to be considered.

In the last decade or so China has also emerged as a major investor and aid donor to Pakistan. The direct investment that China has done is not known but it definitely has invested heavily into gas, petroleum, mining and ports. These projects generate employment in the local economy and decrease the out flow of dollars. Chinese investment has happened parallel to that of US and international institutional aid. The 2.5 percent annual growth of Pakistan is due to the combined effect of the different aids, remittance and investment.

Pakistan, it seems, has played its cards very well. It has leveraged US compulsions to bleed the country dry while the going was good. Now it has turned on to China which also wishes to build a higher stake in the region and seems to be quite willing to pay for it. Chinese presence in Pakistan Occupied Kashmir and the Northern Areas, which may be ceded to the country by Pakistan through an illegal lease for fifty years, is yet another example of Pakistan’s covetous economic brinkmanship.

It is evident from the foregoing that India needs to change its view about Pakistan’s economy condition and more so about Pakistan’s economic policy. The economic potential of the country is very good and as long as it follows the basics of economy it is not likely to falter. This is crucial. The cost of war on terror that Pakistan is paying in terms of manpower loss and stagnation in economy Pakistan will only grow once the Afghanistan campaign ends the circumstances improve. Pakistan may well come out as a winner in economic terms from this entire unholy mess. Those in India who are eagerly waiting for Pakistan to fall under the weight of its economic burdens need to observe and analyse Pakistan better. The country does not survive on US aid nor will it die without it.