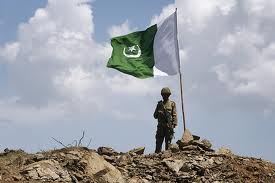 Can Pakistan be more embarrassed than it already is? Well it seems so if the latest in the Wikileaks arsenal is to be taken into consideration. It seems that the ISI had a direct hand in the killing of prominent personalities in Kashmir. Wikileaks quotes a US cable as saying that an Algerian Al Qaeda militant arrested in 2002 said that his mission was to “kill Indians in India”. More significantly, the targets in Indian, according to the militant, were chosen by the Pakistani Army. The leaked information gets further corroboration from the statement made some time ago by Hurriyat leader Abdul Gani Bhat that prominent Kashmiri leaders like the Mirwaiz and Lone were killed not by the security forces but by terrorists