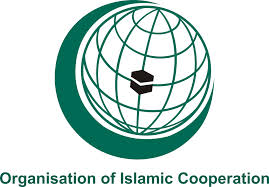 The annual meeting of the foreign ministers of member states of Organisation of Islamic Cooperation (OIC) has recently culminated in New York. True to form, the run up to the meeting witnessed a lot of political activity on the Kashmir issue. The ball was set rolling by an invite to attend the meeting being sent to Hurriyat leaders Syed Geelani, Asiya Andrabi and Mirwaiz Umar Farooq.

On being invited, Syed Geelani, predictably, behaved like a cat that has eaten all the cream. His energetic media cell generated a big hype about his going for the meet for the first time. . “An important conference of foreign ministers of the Muslim countries is being held in New York and Geelani Sahab has been especially invited in that. While expressing his wish to participate in the scheduled conference, he will try his level best to represent the voices and concerns of the Kashmiris,” said his spokesman.
Mirwaiz expressed great sorrow on the prospect of being denied the opportunity to attend due to non-availability of pass port. He put on the airs of a martyr and spoke of writing a letter to OIC General Secretary detailing the current political, social and religious scenario in the state.

The Indian media, faithfully, gave wide publicity to the drama that was being played out by the Hurriyat. It, once again, committed the mistake of providing to the secessionist organisation the oxygen of publicity that its leaders constantly look for. Their participation in the OIC meeting would have generated no international media response but their not going did.

If Mirwaiz did write the letter he spoke of, it did not cause any waves in the meeting. In fact there is no information of it being tabled in the first case!

The “will go will not go” drama, as expected, ended up in a damp squib; none of the Hurriyat leaders ultimately went for the meeting. The OIC did not register any protest. Probably it was glad to be rid of this pinprick that invariably causes an embarrassment to the member states.

It is notable that some years back attending meetings of the conglomerate was an annual pilgrimage for Mirwaiz Umar Farooq. He used attend the meeting, hat in hand, looking for support from the member countries for what the Hurriyat perceives to be the cause of Kashmir.  While there, he would deliver some eloquent but wholly unsubstantiated expositions on human rights violations in Jammu and Kashmir.

Invariably, the representative of the member states of the OIC would give him a patient hearing and then make some weak statements suggesting that the so-called dispute be resolved under aegis of the United Nations. The moment India showed its displeasure, these countries would back track from their positions and brush off their statements as political expediency. This drama has been played out year after year in the past.

With the separatists not attending the meet, the onus of responsibility to keep the flag flying fell on the unwilling shoulders of Pakistan’s Minister for Foreign Affairs and National Security, Sartaj Aziz. Sartaj Aziz would have preferred to use the forum to establish Pakistan’s primacy in the global Muslim Ummah; this was not place where he would have like to dwell on the lost cause of Kashmir.

It was for this reason that he spent most of his talk time on issues concerning the Muslim Ummah with specific references to Palestine, Cyprus and Nagorno-Karabakh. He spoke at length on Islamophobia and the rights of Muslim minorities in non-OIC countries. He even dwelled in great length on the sad plight of the Rohingya Muslims in Myanmar.

On Kashmir, Mr. Aziz followed a well trodden path. He accused India of trying “to quell the Kashmiri struggle by use of brute force.” He further reiterated “Pakistan’s steadfastness” in extending political, moral and diplomatic support to the people of Kashmir.

It is not a surprise that his statements came across as stale and unimaginative, being made for the sake of maintaining a well known posture.

In an equally weak response to what Sartaj Aziz had to say on the issue the Jammu and Kashmir, the OIC spoke of the Kashmir dispute being addressed in accordance with the relevant United Nations Security Council (UNSC) resolutions.

By saying that the Kashmir dispute should be addressed under relevant UNSC resolutions despite knowing full well that the UNSC is not ready to intervene in the matter anymore, the OIC members caused avoidable damage to their credibility in international diplomatic circles.

India promptly issued a strong statement rejecting the allegations leveled against it and recalled its earlier position that the OIC had no locus standi in the matter. This statement was not contested by the OIC and thus the matter was put to rest.

The discussion on Kashmir in OIC meetings is invariably engineered by Pakistan. It is on Pakistan’s insistence that invites are given to Hurriyat representatives. The manner in which the Kashmir issue unfolded in the recent meeting makes it quite apparent that member states of the OIC are quite fed up with the continuous reference to the Kashmir issue by Pakistan.

There is a serious real politic imperative behind the unwillingness of most member states of the group going beyond a certain point on the issue of Kashmir. They have no intention of annoying a big and strong nation like India with whom they have significant economic and diplomatic relations.

It is time for the IOC to stop this charade and take a more realistic position in line with the international perceptions on Kashmir and relation of its member states with India. It should stop coming under pressure from Pakistan. It should realise that its policies are causing stress to a country that is home to a larger Muslim population than that of Pakistan.

A course correction of its position on Kashmir is the need of the hour for the OIC.

(Dr. Simrit Kahlon is a Professor of Geography in Punjab University)