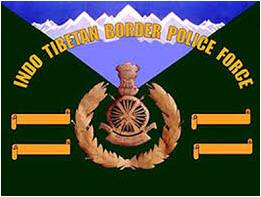 About two years ago, on July, 18, 2011, www.defenceinfo.com had raised the issue of vesting operational control of ITBP with the Indian Army, along the Line of Actual Control. The article is reproduced in view of the recent incident.

Indo-Tibetan Border Police (ITBP) was raised on October 24, 1962, under the CRPF Act. It was about thirty years later, in 1992, that the ITBF Act was enacted by the Indian Parliament; the rules were framed two years later in 1994. Thereafter, ITBP acquired an independent status as a Para-military Force under the Ministry of Home Affairs. The force was raised with the intention of guarding the Indo-China border along the Himalayas from Karakoram in Ladakh to Diphu La in Arunachal Pradesh. The local manpower recruited in the force was more adapted to the extreme weather conditions where the force was required to operate.

Over the years the ITBP has acquired a multi-dimensional operational role which includes vigil on the northern borders, detection and prevention of border violations, promotion of a sense of security among the local populace, check on illegal immigration, trans-border smuggling and crimes, provision of security to sensitive installations and restoration of order in the event of disturbance. This apart, ITBP battalions are deployed for tasks ranging from counter insurgency, counter terrorism, internal security to security of VIP’s and sensitive strategic installations in places like Srinagar and Delhi.

In its primary task of guarding the Indo-China border, the ITBP functions in close cooperation with units of the Indian Army deployed in the same area. In the recent past this task has gained criticality in view of the sudden increase in Chinese transgressions along the Line of Actual Control. The antagonistic posture that China is adopting with respect to the border dispute with India and Chinese strategic alliance with Pakistan which provides to it illegal access in the crucial Northern Areas of Gilgit-Baltistan are reasons for India to be very worried. The Indian troops need to increase their threshold of vigilance in order to ensure that the situation does not escalate to the level of an all out conflict as in the case of the Kargil War in 1999.

It must be remembered that the border outposts in question are exposed to terrible nature’s fury with snow blizzards, avalanches, landslides, besides hazards of high altitude and extreme cold where temperature normally remains below minus 40 degrees Celsius. Dealing with such unforgiving forces of nature and yet maintaining the sanctity of the task is very challenging to say the least. This can be achieved only by a well worked out and synergized plan which affords optimum use of available resources.

In keeping with the unique challenges to border management in these crucial areas the Army has, since long, been mooting the idea of operational control over all assets deployed over there including the ITBP units. Presently, the Army is exercising operational control over ITBP only during the outbreak of hostilities. This proposal is based on the essential requirements of generating “cohesion, coordination and synergy” to effectively meet the challenge posed by the People’s Liberation Army of China.

The proposal is tactically reasonable in view of the positive attributes that a single point control would accrue. It is also in consonance with the observation of the Group of Ministers report on “Reforming the National Security System” that says, “multiplicity of forces on the same border has inevitably led to lack of accountability as well as problems of command and control”. Even the Task Force on border management in the aftermath of the 1999 Kargil conflict has recommended the philosophy of ‘one border one force’.

ITBP conducts long range and short range patrols to keep an effective vigil on inaccessible and unmanned areas on the border, so does the Army. As part of its modernisation plan, the force is now getting thermal imagers, long-range observation systems, night-vision devices and sensors, the Army already has such equipment deployed as a part of its inventory. To maintain optimum operational efficiency of troops, ITBP conducts periodical tactical exercises jointly with the Army.

In case the proposed synergy comes about the hardware and the efforts of the two organisations would be put to optimum use. Patrolling, feedback and sharing of information would become easier and more efficient, leading to real time access of information by all stake holders. As it is the Army is taking care of various logistic needs of the ITBP including supplies, medical cover and air support etc. Placing ITBP under operational control will facilitate more efficiency in the functioning of ITBP units while not changing the status quo substantially.

A major road block in implementation of this proposal was coming from the Ministry of External Affairs which felt that a move of this nature would needlessly antagonise China. With China having adopted a belligerent posture, this very argument turns around to suggest a more efficient border management model to counter the emerging ground realities. Even at the national level the Home Minister, post 26/11 and now 13/7 in Mumbai, has been relentlessly pursuing the concept of a joint effort to counter terror. He has proposed creation of a National Counter Terrorism Centre which would function as an umbrella outfit under the Home Ministry with representation from all security and intelligence agencies, including those working directly under the Prime Minister’s Office (PMO), the Defence Ministry and the Finance Ministry.

Border management along India’s extensive border with China, Pakistan, Myanmar, Bangladesh and Nepal, continues to suffer from a lack of coordination among the different forces manning the border outposts, ranging from BSF, ITBP and Sashastra Seema Bal to Assam Rifles and of course the Army, which report to different bosses and ministries. Clearly, “one border, one force” is an idea whose time has arrived so far as India is concerned. The sooner it is applied to our border management the better. Parochial efforts towards maintaining small fiefdoms and centre’s of power have to give way to the larger objective of national security. It would be best to begin with the most crucial ITBP-Army joint operational status along the Indo-China border.