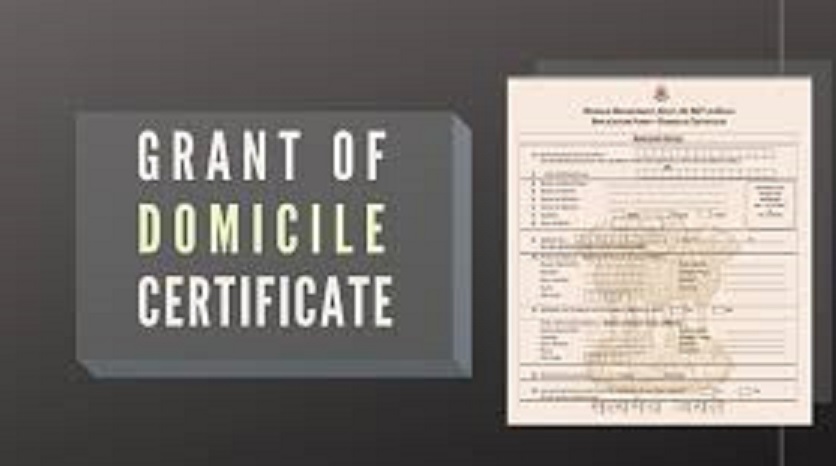 Abrogation of Article 370 and Article 35A of the Indian Constitution led to the opening of doors for grant of Domicile to certain people who had been residing in Jammu and Kashmir for decades on end without the benefit of State Subject (citizenship) under the State constitution. A Gazette Notification by the Government of India on March, 31, 2020, has laid down new rules for Domicile in the Union Territory of Jammu and Kashmir. The process has been carried out through the Jammu & Kashmir Reorganisation (Adaptation of State Laws) Order 2020, by invoking Section 96 of the J&K Reorganisation Act.

Now, any person who has resided in the Union Territory for 15 years and more, or studied for seven years or cleared the 10/12 standard in the Union Territory will be eligible for Domicile. Further, children of officials of Central services who live and study in Jammu and Kashmir will be granted Domicile and will be eligible for Government jobs, but not in the category of Level 4 and below that continue to remain reserved for locals. Also, cross district application of Level 4 and below jobs, which was not allowed earlier, has been opened up.

Those who will benefit the most from these new rules are the West Pakistan refugees, people from the Valmiki Samaj  and such women of the erstwhile state who married a non-State Subject holder.

West Pakistan refugees are those hapless people who fled from Pakistan, mainly Sialkot, during partition in 1947 and settled in Jammu and Kashmir, mostly along the border belt in Kathua and Jammu regions. Valmiki Samaj are such people who were called to the state from Punjab by the administration of the princely state of Jammu and Kashmir in 1944 to carry out cleaning and scavenging duties. So far as women are concerned the provisions of the now redundant Constitution of Jammu and Kashmir laid down that women who got married to a person who was not a State Subject would lose their right to citizenship and consequently all right to property for self and wards.

After promulgation of Article 35A (with a constitutional sleight of hand), the Constitution of Jammu and Kashmir was changed by the Kashmir centric separatist leadership in 1954 to bring in a provision that State Subject could be granted only to such people who resided in the state before 1944. Provisions of the Constitution were also changed to deny basic citizenship and property rights to women. By this time the affected people of aforementioned categories, mostly Hindus and Sikhs, had been in the state for almost a decade and had created a life for themselves over there.

The poor people lived on in a hope that these devastating legislations would be repealed in due course, considering that they were against all civilised norms and in variance with the Universal Declaration of Human Rights that stipulates equality for all human beings. They felt that the Nation and the world will not remain silent on their plight. It is very saddening to note that the Nation has taken more than six and a half decades to remove this monumental wrong. One can only say, “better late than never.”

It is to the credit of the Government that it rolled in the issuing Domicile Certificates soon after promulgation of the new Domicile Rules. In the third week of June, former Lieutenant Governor G C Murmu launched an e-application after which the issuance of the certificates began. As per reports, by August, 31, 12.5 Lakh Domicile certificates had been issued by the Tehsildar. Efforts are on to speed up the process.

The going, however, is not all smooth. The process is being legally contested by some through Public Interest Litigations (PILs). Vested interests are building on a disinformation campaign to discredit this very honourable action by the Government. The argument is that the move will lead to a change in the demographic pattern and negatively affect the cultural ethos of the land. The second argument is that it will impinge on employment opportunities for the local people. Both arguments cannot stand scrutiny on social or economic parameters.

Cross-migration for jobs and other reasons is going on across India and the world. Within India the most desired cities for migration are Delhi, Bombay, Banglore and Hyderabad among others. These cities have not lost out on their demographics or cultural ethos despite influx in Lakhs. So how would such a situation be possible in Jammu and Kashmir where those few willing to come would do so only for a job or economic opportunity?

So far as loss of jobs is concerned, it is necessary to face the reality that jobs (especially government jobs) are shrinking and the population is increasing. The best option, therefore, is to open up to business opportunities. For this, the domicile option works as an incentive for outsiders to come to the state and start new business ventures. Hence, the new rules are a blessing for generation of employment and not the other way round. In any case, the actual demographic change in the state took place when the Kashmir Pundits were thrown out from the Kashmir Valley. Now is the time to set things right.

The discredited politicians of the state are desperate to get the old system back so as to keep their legacy of loot and exploitation alive. It is now up to the people to ensure that nothing of that sort happens. Acceptance of the dynamic change brought in will usher the region into a new era of contentment and prosperity.

(Onkareshwar Pandey is a senior journalist and commentator)