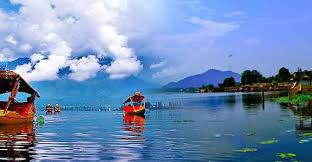 Militancy in J&K, though addressed as a national issue, is practically a localised, foreign sponsored phenomenon. Earlier it was spread across the state but, since the last many years, it is restricted only to the Kashmir region. Also, it is only in Kashmir that separatist ideology has managed to find some foot hold; this is due to a certain degree of religious inclination and outright foreign sponsored propaganda.

The hill areas of Jammu region, mainly Poonch, Rajouri, Reasi, Kishtwar, suffered terrorism for some time but have been clear of the menace for more than a decade now; Ladakh region never got embroiled in the same. Bothe regions have never been affected by separatist ideologies. Thus, a major chunk of Jammu and Kashmir has, by and large, is now isolated from terrorism and separatism.

The separatist movement, over a period of time, has also undergone a considerable transformation; from pro-Pakistan ideology it slowly inclined towards pro-Azaadi (Freedom) ideology! It happened so because of a realisation that Kashmir is unlikely to have a future with Pakistan. The aspiration of Azaadi does not fall in the realm of pragmatism! A land locked region like Kashmir whose economy is based predominantly on tourism would find is very difficult to survive as an independent entity. More than 70% of the economy of Kashmir is supported by funds from the central Government, without which, the growth rate and development initiatives will come to a screeching halt. The state will automatically get pushed towards poverty and anarchy.

The people of Kashmir are now used to some basic amenities that come along with the thrust towards education and development. With levels of terrorist violence fast dwindling they are also getting a feel of life unhindered by violence and shadow of the gun. Any change in this evolving constituency of peace and development would not be acceptable to them.

It becomes quite apparent that Kashmir would find it very difficult to exist as a separate Nation as some would want it to; it is best off being a part of the great Indian democracy. The people have realised the ground realities, and as such, support for the separatist cause is diminishing, especially so, among the educated and more aware segment of the society.

The darker side of extremism is unfolded in front of the people with the spread of education and awareness. The people are now yearning for peace and a normal life akin to the rest of the Indian nation. Under the circumstances, it is becoming increasingly difficult for extremists to exercise hold on the population as was the case earlier. They are indulging in extortion and violence to keep their writ going which is isolating them further in the public eye.

The basic population support which is so crucial for the success of a mass movement is, therefore, not available either to the extremists or the separatists. They are living with a false notion that their efforts will bear fruit. Those who are providing huge financial support to these elements are also living in a fool’s paradise. As things stand, terrorism is slowly gravitating away from the cities towards the remote rural areas where the people can be subjugated and indoctrinated due to the low education and awareness levels.

Pakistan has realised, though with a pinch of salt, that it is practically impossible to sever Kashmir from India, especially when it is struggling to maintain its own integration and cohesiveness. There is international abhorrence for the kind of foreign sponsored terrorism that is being afflicted on the region and Pakistan support for the same is palpable. This is leading to a fair degree of isolation for the country.

A new era is taking shape in the state, especially so in the Kashmir Valley. It is being welcomed by the people who are rising to a new hope for a better future. They realise that being a part of a vibrant democracy like India gives to them the power to make their own decisions; they also realise that they were being misled by propaganda from across the border and are no longer ready to fall prey to the same.  The people are now itching to shed the stranglehold of extremism and accept democratic modernisation as an integral part of their lives. The aspirations of the younger generation and their zeal to give wings to the same clearly demonstrate this new age consolidation.

The evolving situation brings with it a golden opportunity to change the narrative in Kashmir. The political leadership and the country at large should rise to the aspirations of the Kashmiri people.

The security forces need to harness the effect of transformation in their favour and work towards eradicating the demon of terrorism once and for all. They need to expedite their clean up operations while keeping collateral damage at sub-optimal levels. They must simultaneously increase interaction with the people to win their confidence and support.

Over two decades the modus operandi of terrorists has undergone a transformation as has the pattern of operations against them, but propaganda has remained the same. So whosoever manages the information and psychological spectrum better will now emerge the winner. Media can play an important role in this by creating awareness among the masses. The need of the hour is to give a message of hope that can lead to the final thrust for absolute normalcy. This is the age of technology and all means available should be used to influence the mindset, primarily that of the younger generations. They should get a clear and a good enough reason to discard the age old theory of extremism and separatism for a happy and prosperous life.

A synergised approach of all agencies to include media, Army and civil administrative can bring in a considerable change in the present mindset of the populace. Where there is unity of purpose the goal becomes easier to achieve. The stage has been set, now it remains to be seen as to how the actors perform!

(Farooq Wani is a senior journalist and political commentator)