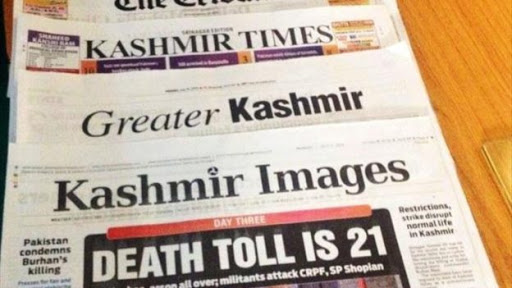 Media may have a glamorous image amongst the people but those who have seen it closely will agree that it has a drab side too. Many also believe that media persons enjoy a carefree life, but the reality is that upholding the ethics of journalism, especially in conflict zones is a very nerve-racking experience. There also some who feel that since the antagonists in a conflict zone don’t wish to harm journalists out of fear of annoying the media fraternity, journalists might talk about receiving threats but actually face no real danger of bodily harm. Here again, the truth is that vulnerability is one of the main professional hazards that journalists face every day. This is quite evident from the many killings of Journalists reported from across the world, especially from conflict zones.

The biggest misnomer amongst most people is that the media can do what it pleases, write whatever it wishes to and above all, is answerable to no one. The reality is that like any other profession, journalism too has its own set of rules with a very strong emphasis on ethical propriety. Thus, far from being ‘free-birds, ’journalists are required to ensure legal and moral correctness of their actions. They have to ensure that they have justification and facts in place to counter those may feel antagonised by what they write. However, since providing accurate and timely news to the public is a solemn social responsibility, journalism is rightly considered a sacred profession. Journalists also have responsibility on their shoulder to dispel untruth, half-truth and motivated reporting that can have serious repercussions and cause irreparable damage.

Ever since militancy erupted in Kashmir three decades ago, the going for the local media has never been easy. At that time, newspapers and journalists covering militancy related incidents had a tough time; while the government forces accused the them of being pro-militants, militant groups alleged that the media was siding with the establishment. In this exchange of accusations, it was the media that ended up being hounded by both sides. Things were so confusing at that time that when the media was attacked no one could say with certainty who the real culprit was! Under live threat of violence, the media had no choice but to comply with what they were directed to do.

Luckily, good sense prevailed due to which the government agencies and militant groups stopped pressurizing media in J&K and a major chunk of the local media too reciprocated maturely by balanced reporting. Unfortunately, after the abrogation of Article 370 instances of some people accusing local media of being pro- establishment and thus letting down the Kashmir struggle are on the rise. While everyone has the right to express his or her own opinion, but the way in which unsubstantiated allegations of the media is siding with the government are going viral on social media, brings back bitter memories of the dark days in the early nineties.

Despite the serious challenges of restrictions imposed on movement, communication and internet after Article 370 abrogation, the local media has performed its duty well by highlighting the problems being faced by the common Kashmiri. In fact, the media needs to be credited for having repeatedly raked up these issues as it’s only by doing so that restoration of mobile services in the valley has been accelerated. The media has also behaved very responsibly by ensuring that they don’t become carriers of rumours and this has prevented tempers from running high that could lead to violence and result in avoidable loss of life and property.

It must be remembered that media has the sacred responsibility of placing facts before the people in the correct perspective. Thus, it is absolutely clear that news is not jmere reporting of incidents- it requires putting across the viewpoint of all concerned parties and then making an objective assessment of the situation without succumbing to extraneous pressures. No professionally honest and God-fearing media person can ever compromise on truth as by doing so would be a gross disservice to society and this is what we need to understand before accusing the media of partisan behaviour.

It is the pursuit of accurate and comprehensive reporting that makes a journalist do many things that may be misinterpreted by some. The media is expected to attend press conferences of politicians, government representatives and high-ranking officers belonging to security forces as well as meet and interview separatist leaders and militant commanders without any prejudice or discrimination. Lastly, for a journalist to be able to fulfil his professional obligations, he has to have a cordial working relationship with all newsmakers and this is something that needs to be understood by all so as to avoid any misconceptions.

The journalist’s aim is to get first-hand information from the ‘horse’s mouth’ and seek answers to questions that the people need to know. And that’s why the old saying of a man being known by the company he keeps doesn’t hold good for media persons! They are everybody’s associates and nobody’s friends except for the truth and that which is justified as the truth.