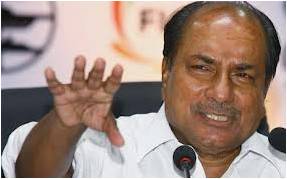 The Defence Ministry, after taking some proactive steps to render the service media establishments defunct, is now resorting to some deft media management to embarrass the services and their chiefs. On October, 29, 2012, the website of Times of India carried a comment titled, “Army procurement must be subject to stringent oversight.” The story related to an address by Defence Minister AK Antony to the Defence Acquisition Council (DAV) which comprises of the three service chiefs, the defence secretary and senior officials of the ministry. Media also carried some more versions of the story implying that the defence minister singled out the service chiefs and cautioned them to be “transparent” in the process of weapon trials and procurement. Defence Ministry officials have been quoted to have stated that, “the Defence Minister asked the three Services to adopt fair and transparent manners while carrying out procurements.”

The comment by the Defence Minister is said to have been made against the backdrop of the ongoing investigation in Italy into alleged malpractices by its state owned defence equipment group Finmeccanica whose subsidiary AgustaWestland has been awarded a 560-million-euro contract for procurement of VVIP helicopters by the Indian Air Force. The investigation was triggered off by allegations of an ex-Finmeccanica employee, himself under investigation. It is being alleged that an Indian army brigadier sought $ 5 million to fix the trial results of the contract. Another factor that came into play was some anonymous complaints against the helicopters fielded by the two rivals, Eurocopter and Russian Kamov, for an Indian tender to procure 197 light choppers for the Army and the Air force.

As a result DAC chose to defer the procurement of 197 light choppers and wait for further inputs from Italy before taking up the purchase of the VVIP choppers.The fact that Agusta Westland was rejected by the trial team in the procurement process for the 197 light choppers has been conveniently set aside while delaying the process. Thus, the Defence Ministry is back to its favourite pass time of delaying procurement of critical equipment on some pretext or the other.

Ministry officials have also chosen to show the service chiefs in bad light by some deft media management. The facts of the case clearly establish that the heading given to the story by the esteemed newspaper is not entirely relevant, nor are the other news clips being carried on the subject. This seems to be a deliberate attempt to isolate the services from the media after having rendered the Army media establishment defunct.

There should be no reason to remind the Defence Minister that it is the ministry staff which progresses and clears defence deals. It is the ministry bureaucrats who are responsible for availability of budget, floating/short listing of tenders, selection of vendors and the final purchase. The service chiefs only give recommendations with regard to the best technology that suits service conditions and run the field trials. It is, therefore, the ministry bureaucrats which need lectures on transparency and burning of midnight oil.