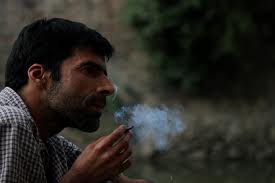 Violence leaves in its wake a host of associated problems. The state of Jammu and Kashmir is facing a problem where the youth are trying to come to grips with a background of violence and uncertainty that marred their growing years. This apart, they are dealing with issues like lack of employment opportunities, bleak prospects for the future, boredom, family tensions, relationship tensions, peer pressure which are adding to their woes. An alarming offshoot is manifestation of drug dependency, particularly in the Kashmir region.

Easy availability for drugs of various forms only adds to the problem. The region has a thriving drug smuggling system controlled from across the border; as a result, drugs like opium, cannabis etc. are freely available. Then there are the medical opiates like cough syrup, neuro-toxic tablets etc. that are available from chemist shops and spurious dealers; finally those who are desperate indulge in intake of Fevicol, thinner, glue sticks etc.

This problem has been around for almost a decade now. According to a United Nations International Drug Control Program (UNDCP) sponsored survey, Kashmir division alone had 70,000 drug addicts, including 4000 women, in the year 2008. A recent survey titled, “Community drug abuse study survey in Kashmir” by a renowned psychiatrist, Dr Mushtaq Margoob, and his team asserted that there are 24.32 lakh substance abusers in Kashmir, which includes 2.11 lakh opium, 1.37 lakh cannabis, and around 38,000 alcohol abusers. According to this study, around 35% boys of very prestigious schools from 8th standard to 12th standard use these substances daily. Statistics issued by the lone drug de-addiction centre at Police Control Room (PCR) Srinagar reveal that in 2013, the centre has received 1441 drug addiction cases which are more than double the cases registered in 2012.

Increasing drug use among women and girls in the Kashmir valley has also been reported from time to time. According to a survey conducted by a local NGO under United Nations Drug Control Programme (UNDCP), Kashmir has around 4,000 female addicts. The survey points towards an alarming situation wherein girls receiving higher education and professionals are falling prey to drug addiction.

Pakistan, along with sponsoring terrorism is also supporting drug smuggling to the Kashmir valley in a big way mainly through the intelligence agency, ISI. There have been major drug recoveries in the recent past in which Pakistan’s hand was clearly evident. On January, 17, 2014, 114 kilogram brown sugar was recovered at Trade Facilitation Centre, Salamabad. Earlier on August, 13, 2013, 10 kilogram cocaine was recovered by Army at Sheri followed by another recovery of one kilogram brown sugar on September, 18 2013 at Tangdhar.

First and foremost is the need to plug the supply of conventional drugs being supplied from across the border! It is evident that drugs are being smuggled to finance and nurture terrorism. Most of the terrorists behind the recent attacks were found to be under the influence of drugs. There is a need to reject all demands being made by some vested interests to allow passage of goods from the trade facilitation centres without proper checks. Trade routes simply cannot be allowed to be used for spreading drug addiction. A clamp down on the internal supply conduits especially in relation to medical opiates is necessary; the drug controlling agencies of the state government need to step up their monitoring and control activities with maximum punishment to offenders, more so the suppliers, who should to be jailed apart from suspension of their licenses if found to be guilty of peddling medicines without proper prescriptions.

The number of de-addiction centres has to be drastically increased especially so in the villages and remote areas where the menace is unchecked. Requisite training needs to be imparted to doctors manning the primary health centres. There are so many facets of the problem like detoxification, relapse prevention, psychological counseling etc that need specialist intervention. At least basic knowledge has to be available with the doctors to deal with the problem. Serious cases have to be transferred post-haste to urban centres that have advanced facilities. Assistance in this regard should be taken from security forces, especially the army, in view of their presence in the remote rural areas.

People need to be sensitised about the ill effects of drugs. Families need to be educated to understand that there is a problem and there are means that should be tapped to deal with the same. A conscious effort has to be made to remove the stigma that comes with addiction. People have to be given the confidence that what is happening is essentially a medical problem that can be dealt with professionally.

It is a well known fact that in the last decade there has been an alarming increase in drug abuse. If this menace is not tackled on war footing, it may destroy the mental health of the present generation resulting in numerous other social problems. The people of Jammu and Kashmir have overcome problems far more dangerous and invidious than drug addiction. Given a direction they will garner the will to get over this problem also. What is important is creation of the necessary awareness and generation of the will to face the problem head-on. It is heartening to note that the entire state machinery, especially the Police and the army, are ready to render all possible assistance. An integrated approach will produce the desired results.