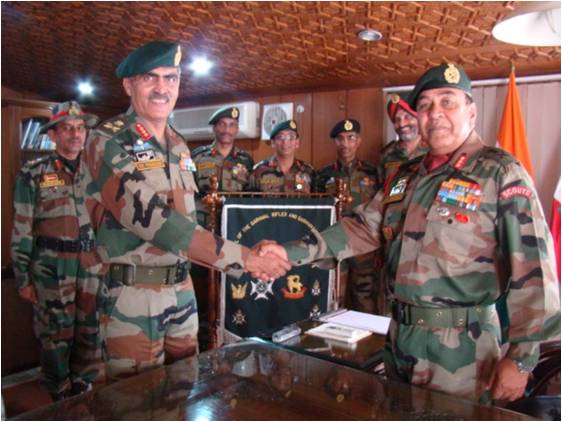 LT General Om Prakash has taken over charge of the prestigious Srinagar based 15 Corps from Lt General SA Hasnain, who has moved to New Delhi after a tenure of 20 months. The change has taken place at a time when the leadership at New Delhi has also witnessed a change with General Bikram Singh taking the mantle of Chief of Army Staff. The Srinagar region of the state is presently witnessing an encouraging phase of peace which has led to an invigorating tourist season. The Indian army is standing on the sidelines and allowing peace to take firm roots; at the same time, it is ever vigilant to stall infiltration attempts or disruption in the urban areas by anti-social elements. In the second task it will assist the JK police and paramilitary forces if the situation so demands. The army is also carrying forward its development initiative through operation sadbhavna. The mandate of the new corps commander will, most probably, look towards reinforcing the march of the region towards peace and prosperity without jeopardising the challenge posed to security.