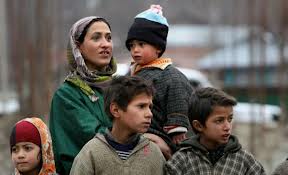 A lot has been written on Article 370 but it does not seem to be enough, after short intervals the matter again comes up for discussion. As with many things in India especially those concerning Jammu and Kashmir (J&K) rigid postures have been adopted and a prestige issue has been made out of the whole matter.

How is it that a billion plus citizens of this country are surviving happily without the provision of Article 370 that seems to be a matter of life and death for some political leaders of J&K? Is the rest of India withering under political restriction simply because Article 370 is not applicable to them? The fact is that Article 370 does not give any such facility to the people of J&K that can enhance their life in any manner.

There is lot of hue and cry being made about migration of people into the state if Article 370 is revoked. The question is – who in his right mind would like to migrate to an under developed, regressive state like J&K? What does the state have to offer in terms of business and career opportunities? There are hordes of young people from J&K (including Kashmiris) who are moving out in search of a career since there is no opportunity available in the state, so who would like to come in?

This bogey of migrants causing social disruption also needs to be seen in perspective!! Thousands of people come to Delhi daily in search of work. As the work force increases so do the opportunities and the cycle goes on. It is not as if Delhi is going to crack up under the population pressure, the government of the day handles the situation rather effectively. J&K is not likely to witness an annual intake equal to the daily intake of migration in Delhi; surely the state government can manage this much for the good of the state.

There are many other matters which display a petty petulance and vested interest. Take the instance of the tenure of the state assembly. In J&K the assembly’s fixed tenure is six years while in the rest of India it is five years. This is considered to be a right that is to be guarded with utmost zeal. What is conveniently forgotten is that the tenure was changed from five to six years in concert with a similar change brought about in the rest of India during the draconian years of emergency. The rest of India reverted back to the original five years as soon as emergency was revoked but J&K is continuing with the six year pattern. Does this sound logical?

There are, on the other hand, many areas where Article 370 is posing impediments in the progress of the state and its people. There are many progressive legislations and provisions of the central government which cannot be extended to the J&K because they have not been legislated upon by the state government. It is well known that Panches and Sarpanches in the state are fighting for empowerment of the Panchayat’s which is not coming by because 73rd and the 74th amendments to the Constitution of India have not been extended to the state. More serious is the loss being borne by the all important Scheduled Castes, Scheduled Tribes and Other Backward Classes who are not availing the benefits of central schemes. Dr Javed Rahi, a Scheduled Tribe activists says that his people are not against Article 370 but the article is against them since the Forest Rights Act, 2001 and the SC/ST Atrocities Act of the central government have not been extended to J&K. Deepak Kumar, a social activist working for OBC’s in Jammu and Kashmir says that OBC’s in other parts of the country are getting 27 percent reservation as per the recommendations of the Mandal Commission while in J&K they have not even been identified.

An astound revelation is that J&K is lagging behind in rights of children, The Right to Education Act is not applicable to the state for which an argument is given that the state already has a provision for free education for children up to class XIII. Who can explain the difference between a fundamental right and a provision to the blinkered leadership of J&K? The condition of government schools in J&K is so pathetic that even the poorest of the poor prefer to send their children to private schools. Omar Abdullah has increased the number of schools, yet the enrolment has shown a sharp decline. It is only if right to education becomes a fundamental right by law that the government will be called upon to provide all necessary facilities to ensure proper education. Does the government have the will to do so?

The list of the state government’s apathy to the general public under the garb of Article 370 can fill volumes. Over here it would suffice to say that the government shows great alacrity for implementing of such schemes that bring in money from the centre like the Sarva Shiksha Abhiyan but when it comes to converting the concept into a binding law the government baulks. Clearly it wants all the money with no responsibility – which is the predominant reason behind the stringent demand for continuation of Article 370 in J&K.

The general public would like to get a response from the government on the issues that it has been raising since the debate on the article has taken centre stage, yet again, after the address of Narendra Modi at Jammu. The crunch lies in looking at the matter from a public rather than the legal perspective since laws are made for the benefit of the people. If the leadership in J&K can prove that Article 370 is helping the people in any way, by all means, it should continue; but if the contrary argument is relevant based on the facts of the situation then its revocation should be pursued actively.