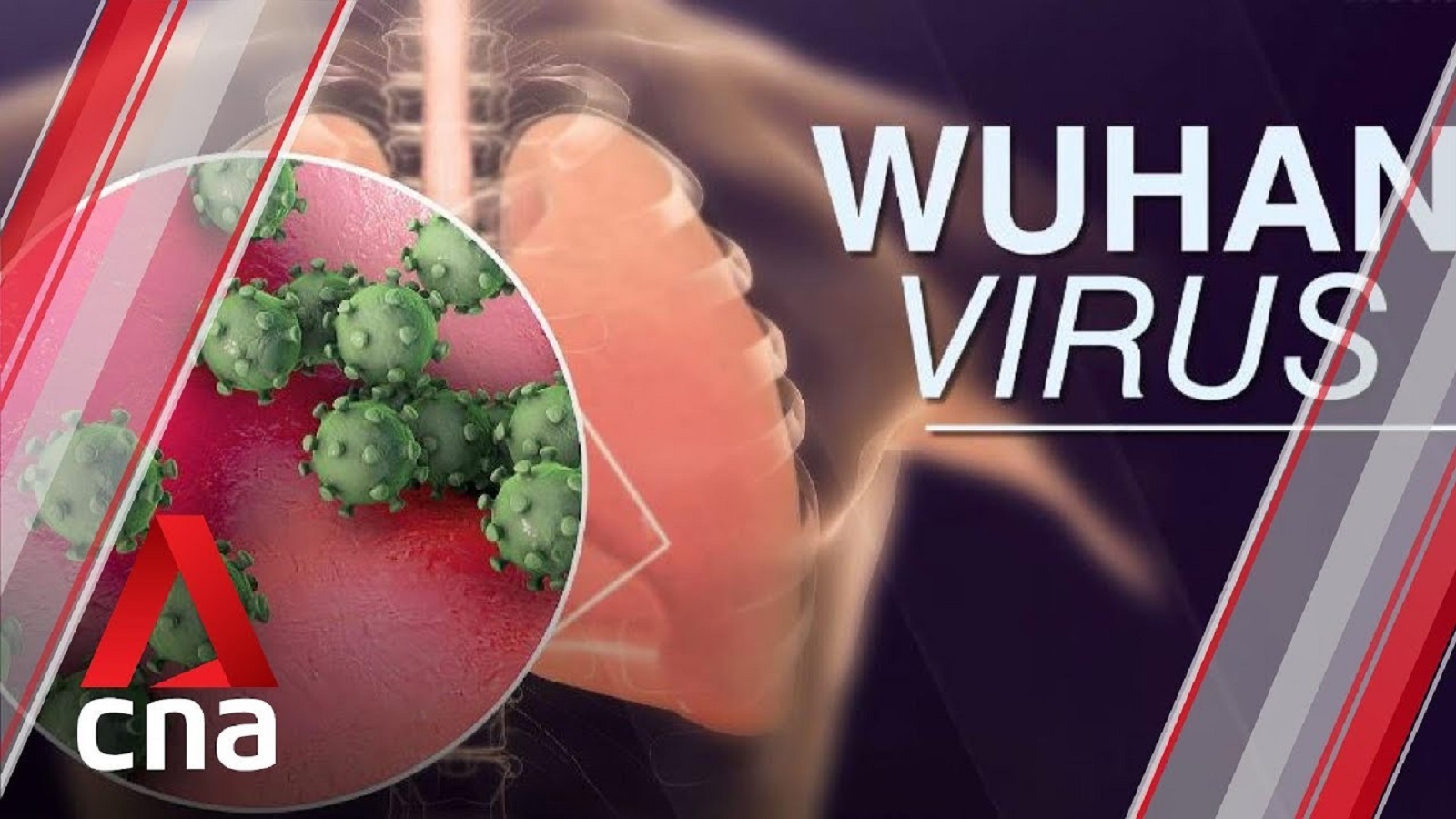 While the world struggles to combat the deadly pandemic spread by the Chinese Wuhan virus,  Covid 19, the dragon nation believed to be the originator and spreader is busy working out its options to combat the international pressure and campaign launched against it. The  nation which was dreaming of becoming the world leader is today finding itself pushed to the wall with the Global community joining together in demanding an international inquiry into how the Wuhan virus emerged out of the laboratory and the deliberate delay  in sharing the information about its existence which led to the world getting caught unaware? The international community holds China responsible for this. China is also accused of disappearance of the whistle blowers and strict censoring of any information pertaining to the virus. China has denied all the allegations and continues to do so amidst growing international demand of monetary compensation for Corona related damages.

Central Chinese city of Wuhan in the Hubei province is the epicentre of the crisis. Wuhan had been on the radar of international community since long as it was dubbed to be housing the largest virology laboratory in the world containing 1500 virus of varied kinds. It was also rumoured that US and China were jointly developing the biological agent. Wuhan is a densely populated town with population comprising mainly of industrial workers. The first case of the virus that alerted the world of something sinister was reported on January 13 in Thailand followed two days later in Japan. Both were imported cases from Wuhan, a city of 11 million people. The virus is believed to have hit the city sometimes in October but was being treated as a case of pneumonia. By the time the disease became global and Wuhan was locked down in third week of January, the maximum damage had already been done. Two weeks prior to the lockdown almost 5 lakh people had left Wuhan for their homes in central China and 18 international destinations for celebrations of Chinese Lunar New Year.  Many of them were carriers of the deadly corona virus. The question now being asked as a subject of international inquiry is “Was it intentional or accidental”?

Why does China find itself in a quagmire today? Despite China’s counter-offensive and rubbishing most of the allegations against it, the dragon nation finds itself isolated globally. A little peep into the recent past of internal events in China is essential to understand the same. A relevant matter of study is the connection between the Wuhan episode and the  phenomenal rise of Xi Jinping in China, his autocratic style of functioning by capturing the complete power within the Chinese Communist Party (CCP) and his ambitious timeline to make China number one power in the world.  Xi Jinping, the most powerful man in China donning three hats of the General Secretary of CCP, President of the People’s Republic of China (PRC) and the Chairman of the Central Military Commission (CMC) amongst many other numerous top level governmental posts. He is the first General Secretary of CCP born after the establishment of PRC, and has vowed to fulfil “China’s Dream.” In order to make China great again Xi has enunciated a grand strategy.

At the 19th CCP National Congress in October 2017, Xi announced his ambition of realising the Chinese Dream of national rejuvenation. He said, “The Chinese nation has stood up, grown rich and is becoming a strong nation. To fulfil our dream, I have set up a time line with three major target dates.” “By the Party Centenary in 2021, China should finish building a moderately prosperous society in all respects. By 2035, China should be much stronger economically and technologically, have become a global leader in innovation, and have completed its military modernization. By the People’s Republic of China Centenary in 2049, China should have resolved the Taiwan question and be a strong country with world-class forces.” Was the Wuhan experiment part of the grand strategy of Xi? Was it planned as a centenary gift on the occasion of his first timeline of the celebration of the centenary of CCP?

“Winning without fighting” is an old Chinese strategy. It goes to the credit of modern Chinese leadership including Xi that they have not ignored the ancient Chinese wisdom but instead imbibed it in their modern thinking and strategies. Ancient Chinese General, strategist and philosopher Sun Tzu liked to win before the other side even knew they have lost. Was Xi trying to emulate the legendary Chinese strategist? China under Xi’s leadership has also mastered the art of “Grey Zone Warfare.” His grey zone tool kit is expansive and includes “Global Economic Domination” through political/economic coercion. Was it intended as a masterstroke to cripple the competing world economies? If it was, Xi has definitely succeeded in his game plan for the time being.

While India has always considered the threat from China as an opportunity to grow, the Chinese have always envisaged India as an impediment and existential threat to the fulfilment of the Chinese Dream. Hence, rapidly growing Indian economy was a definite eyesore for Xi and thus an intended target.

USA was the first to call the Chinese bluff by blaming China and terming the pandemic as Wuhan Virus. It also questioned the role of WHO and put it under the scanner, ultimately withdrawing the financial assistance to the global health watch dog. China lost no time in counter attacking and blaming USA for bringing the virus to China during the World Military Games held in Wuhan in October last year. It blamed US for bringing infected soldiers as part of the 300 strong contingent. Chinese argument was not convincing because had it been so why the virus did not affect the other athletes in the American contingent and from other contingents including the Chinese and why did it remain confined to Wuhan residents only? In view of the prevailing geo political situation Iran was the only nation that supported the Chinese charge. Thus, the “Conspiracy Theory” sold by China as a counter-narrative to the assault by USA and other European nations failed to hold ground.

Global community also took notice of the fact that by mid-March when the rest of the world economies were on the verge of collapse and economists were predicting a worse economic crisis than 2008-09 or may be worse than the great depression of the last century, Chinese factories had not only opened but also commenced production. China had begun to re-build its supply lines whereas a lockdown in major parts of the world had brought economy to a standstill. Worse than that was the aggressive buying overseas of the majority shares in their companies. It smacked of the real conspiracy since companies in China are also the properties of the CPC. Xi’s dirty ambition was exposed before the world.

India during this entire crisis has behaved like an independent, matured nation with paramountcy to its national interests. Many wanted India to join USA in withdrawing financial support to the WHO and echo the global out cry of an international enquiry against China. India did not want to be recognised as a cheer leader of USA or other west European countries but preferred to chart its independent course. India did not openly blame China because the situation demanded no disturbance on the Line of Actual Control (LAC) that may interfere in the nation’s fight against Covid. But India lost no time to nip in the bud the evil designs of the Chinese companies by making government nod mandatory for FDI from neighbouring countries, a move aimed primarily at Chinese companies. China did make noise calling it violation of WTO but India stood its ground firmly. Indian intelligentsia also played its role in naming and shaming China. Brahma Chellany, a famous China-watcher minced no words in stating, “The Covid-19 pandemic should be a wake- up call for a world that has accepted China’s lengthening shadow over global supply chains for far too long. Only by reducing its global economic influence that the world can be kept safe from Chinese political pathologies.”

Despite Chinese denials and its continuous slanging match in social media, the balance appears to be tilted against the country. It is the golden opportunity for India to realise its “Make in India” ambition and become global manufacturing hub. Many nations are already facilitating relocation of their companies outside China. India can certainly become a preferred destination by providing a conducive environment free of famed Indian red tape and transparent. India under Modi has jumped several notches in “Ease of Doing Business” index. India has to remember that power begets respect and compliance. India must keep her long term vision in mind and not compromise as far as strengthening and revamping of her armed forces.

As a prelude to revival of the economy India needs to ensure that its huge work force stranded in various parts of the country is gainfully employed thus generating employment. Pradhan Mantri Garib KalyanYojana package should not turn into a free dole but used to generate employment. Randhir Singh, a Chandigarh based senior advocate, in a letter addressed to the PM has suggested effective measures to generate employment for migrant labour. Some of the measures suggested by him include: organising them into a manageable work forcebased on their skills and experience under retired personnel from uniformed forces as supervisors; employ them in time bound projects under the local administration to include cleanliness and sanitization of public places, cooking food in community kitchens, tree plantations, water harvesting, desilting,  loading/ unloading of essential supplies, supplement farm labour and couriers for door step delivery.

The dragon has been pushed to the wall and should not be allowed to bounce back without paying for its deliberate mischief. India needs to compliment the global effort and also chart a strategy to contain China in the post corona world. India should also bat for a new global treaty to deal with the risks to future of humanity. There is growing dissent in China. It is the right time to strike when the iron is hot by launching a psy-war campaign against the CPC and Xi.

(The author is a Jammu based veteran, political commentator, columnist. E-mail anil5457@gmail.com)