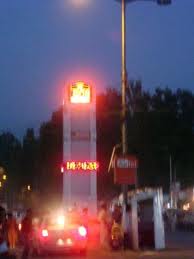 A day after curfew-like restrictions, life in Srinagar and other towns of Kashmir Valley bounced back to normal Thursday. City centre Lal Chowk, which had been tense over plans to unfurl the national flag there, was its bustling self. Markets opened early despite the morning winter chill as transport plied normally to ferry officegoers and businessmen to their places of work. ‘It’s difficult to believe this is the same place that witnessed an eerie silence throughout the day Wednesday,’ said Muhammad Ramzan, 35, a government employee here. This year tensions had unusually mounted in Srinagar city as the Bharatiya Janata Party (BJP) announced its decision to hoist the national flag in city centre Lal Chowk Jan 26, when India celebrates Republic Day.