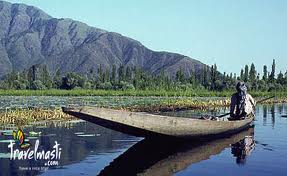 The latest controversial media byte to emerge on the issue of Kashmir has come from none other than Prashant Bhushan, a reputed lawyer better known for being part of Team Anna. This eminent lawyer stated that a plebiscite should be conducted in Kashmir. The flak that he has drawn for this statement is fairly visible. In fact such was the embarrassment that his statement caused to his former associates that Anna Hazare proceeded on a “Maun Vrat” or a vow of silence to avoid commenting upon this controversial statement by his most trusted aide. He has, of course, obliquely panned Bhushan’s act through his comments on his blog.

Many perceive the statement to be an attempt by Prashant Bhushan to play to the gallery. Now why a person of the stature of Bhushan should want to play to the gallery needs to be articulated, particularly so, since he hardly qualifies as being an expert on Kashmir, Kashmiris or any of the issues that involve them.

The Anna Hazare campaign against corruption in public life with all its nobility of purpose and intent was, in actual fact, a very meticulously planned onslaught on the Government of the day combining traditional tools like peaceful satygraha with modern day devices like image building and media management. Having achieved a limited amount of success, the core group perhaps does not wish to go into hibernation for too long lest the public, with its limited memory span, forgets all about them. While Anna himself has done enough work in the social sphere and is a stalwart who does not need to resort to publicity gimmicks to attract the spotlight, there are others in the core group who are not so blessed. It seems that they are devising measures to keep themselves alive in the public eye. Prashant Bhushan, while looking for media attention, came up this outrageous statement on Kashmir. The resultant

manhandling of the lawyer, although a deplorable act, did bring an important fact to light – Kashmir’s status vis-à-vis India may be an issue for actors beyond the boundaries of India be it Pakistan or the US, but, as far as India and Indians are concerned it is a non-debatable issue. Kashmir is an integral part of independent and free India and there can be no two views about this.

Issuing controversial statements on Kashmir is a favourite past time with a number of pretentious thinkers who languish on the periphery of media glare and one that they resort to every time that they are seeking attention. Kashmir is primarily chosen as a topic for comment because it makes for good copy and grabs immediate attention even at the international level; the more outrageous the statement that is issued, the greater the m

How To Get Your Ex Back

edia attention that it grabs.

The value that Kashmir enjoys in this context is primarily because of the geopolitical primacy derived from its strategic location. Kashmir lies at the crucial meeting point of what is perhaps strategically, politically and economically the most dynamic part of the world. Thus, a number of countries have their own axe to grind over here. Pakistan, for instance, looks at Kashmir covetously so as to gain strategic depth as well as access to river water resources. In order to fructify its strategic ambitions, Pakistan sponsor’s terrorism and separatist movements in Kashmir through people like Syed Ali Shah Geelani who advocate Kashmir’s integration with Pakistan.

Countries like the US look at Kashmir as an important link in their grand design for the Central Asian and South Asian regions. China and India are both emerging world powers with ambivalent relations with the US. Pakistan and Afghanistan together form a hotbed for propagating terrorism most of which is directed towards the US. An independent land locked Kashmir would suit the US who could use its money power to gain an operating base and thus a foothold in this region. Thus, every now and then the country purports an interest in and expresses concern over the human rights situation in the valley, simultaneously hinting at an independent status for the region. China’s entry into Pakistan Occupied Kashmir for furthering its economic interests by rampant colonisation is, by now, well documented. All these actors, unrelated to Kashmir yet harbouring vested interests in its future, do not hesitate in exploiting the situation while having no love lost for the people or interest in their well being.

Kashmir’s strategic significance, its inherent God gifted beauty and unique natural endowment is also its bane. It is, therefore, incumbent, for the India and the people of Kashmir to understand the challenges, the hidden agendas of powerful lobbies, and stay ever vigilant to counter the same. Kashmir’s culture, economy, integration and most of all security is under constant threat. Under no circumstances can the level of security in Kashmir be lowered; under no circumstances can divisive political voices like the ones recently raised by Prashant Bhushan be allowed to gain centre stage. One wrong move can jeopardise the fragile political and security structure and have devastating consequences. The well-being of Kashmir and Kashmiris lies within the Indian Union. The security of Kashmir can be guaranteed only by the Indian Army, the Indian Para-military forces, the JK Police and the people of the region. This fact has been established unequivocally over a sustained period of time. Nothing should be done which upsets this structure. No doubt, every now and then individual egos and petty political gains dictate acts contrary to Kashmir’s interest, such aberrations have to be identified and nipped in the bud. All those hinting at changing the security paradigm should sit up and take note.