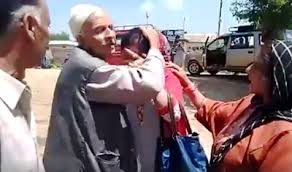 For those who grew up in the 1970’s, Kashmir was a Shangri-La type paradise on earth. The most renowned and successful romantic films of famous Indian heroes like Rajender Kumar, Shammi Kapoor, Rajesh Khanna, down to the younger generation of Rishi Kapoor, were shot in Kashmir and were huge box office hits.

Visitors to Kashmir in those happier times would vouch for the modern texture of the Kashmiri society. Srinagar not only boasted of some very lovely theatres like the Broadway, it also had a few discos – something unheard of anywhere in North India other than Delhi at that time.

A holiday in Kashmir was a “must do” agenda across national and international spectrums. Regardless of status or budget, Kashmir was the favourite destination of honeymooners. Five star hotels like the Oberoi Palace were standard destination for the rich while those less fortunate would opt for slightly humble but equally vibrant dwellings. There was not one person among the visitors who did not vow to get back at the earliest opportunity- such was the lure of the place.

Kashmir was a favoured destination for tourists not only because of its enthralling natural beauty but also for its famed hospitality. The polite Shikara (Boat) riders, the warm houseboat owners, the haunting Kashmir music, the graceful and lilting Kashmiri folk songs, the sumptuous Kashmir food; overall, the sheer joy of being in the most beautiful place on earth compelled film makers and tourists alike to visit the place over and over again.

A lot of this was due to the intrinsic culture and background of the Kashmiri civilisation. Islam and Hindu practices in Kashmir are quite different from that found in the rest of the country or the world. They constitute a common and unique brand of Sufism based on faith in revered local saints. The region also has a common language, common customs, common dress, common food, apart from the common religious practices. All communities in Kashmir have been living in this state of harmony for centuries. This is the essence of the inherent secularism of Kashmir heralded as “Kashmiriyat”.

Unfortunately the present generation of the young boys if Kashmir, who are ruining their lives by indulging in mindless violence, do not have any inkling of their rich cultural legacy. They seem to be unaware of the potential of their naturally endowed land to give them sustenance, only if they would concentrate their energies towards meaningful pursuits.

It would not be very wrong to hold the older generation responsible for the lack of awareness among the young.

This state of violence is finding sustenance in the tendency of the elders to constantly harp on the ills that face the valley. In their perpetual and persistent cribs, they find a convenient scapegoat in the Indian state and the Indian government.

Young minds that should be channelised towards the cultural ethos of the valley thus get exposed only to cynicism. This has resulted in their becoming restless, frustrated and petulant.

Political leaders, with a specific purpose of grinding their own axe, have played a major role in building and propagating a mental image of violence in the valley that, in actual, is more hype than reality. Controversial statements made by the political leaders add to the feeling of unrest and provide justification to the idea of violence.

The aforementioned negative mindset and vested political interest led some in Kashmir to look over the shoulder for support from Pakistan which provided to the neighbouring country a window to infest the land with the scourge of terrorism.

It was Kashmiriyat that came under the terrorist attack at the outset. The objective of the terrorists was to divide the communities, decrease their power and finally subjugate what was left behind.

A silent contributor in challenging the barbaric atrocities inflicted by the foreign terrorists on all communities, especially the Muslim community, was the Indian Army.

The Indian Army along with the Jammu and Kashmir Police and paramilitary forces was not deterred from its singular objective of maintaining, at all cost, the territorial and political integrity of the Nation and providing safety to the people of Jammu and Kashmir from this huge terrorist onslaught.

The people joined hands with the security forces in decimating the terrorists and it was with this joint effort that terrorism was contained.

The young boys who are today raising anti-India slogans and pelting stones have no idea as to what their elders have gone through and how they have rid their land from the evil and barbaric mercenaries. They do not know that this herculean task was carried out with the support of the very security forces that they today hate so much and on whom they are pelting stones.

It is very sad that, due their ignorance, they are creating a situation which can be exploited by their enemies in Pakistan to replay the dreadful days of the 1980s and 1990s.

Add to this the fact that they are also clueless about their age old culture and the cocktail of disaster being presently witnessed comes within the realm of understanding.

Resort to mindless violence amounts to a retreat into the barbaric times when the values of modern day civilization held no meaning. Such an attitude brings to naught all the progress that our society has made. Doubtless, such a state of affairs needs to be soundly put down.

It is now up to the elders and the leadership of Kashmir to carry out a course correction of their younger generation on to a path that uplifts rather than degenerates them. It would be expedient to lead them on the path of progress and development that is today open for them. In case such recourse is not taken, the Kashmiri society faces the prospects of a regression to medieval conditions and religious fundamentalism.

(Jasbir Sarai is a social worker and an AAP activist)