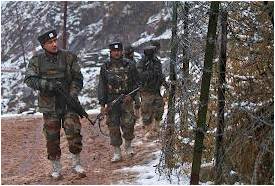 Jammu and Kashmir, especially so, the Kashmir valley has witnessed a number of terrorist strikes in the recent past that have led to talk of “re-emergence of terrorism”. It becomes necessary to subject such a thought process to a considered analysis to determine its accuracy. The onset of the summer season traditionally leads to an increase in levels of violence. The line of control gets active with cease fire violations by Pakistan army to fructify its attempt to increase infiltration of terrorists. In the hinterland the remnants of terrorist groups are hounded relentlessly by the security forces and also pressurised by their masters across the border to move out and produce results; as a result, these cornered rats strike out. The overall impression created is one of heightened levels of violence boosted, in no small measure, by the media. The Kashmir valley, in particular, is in the eye of the storm

The terror strikes, mostly ineffectual but sometimes deadly, are heralded by the propaganda machinery across the border and most unfortunately within the valley itself, as courageous fighting by “Mujahideen” against the Indian security forces. In actuality, it is only a reaction of desperate, forsaken terrorists caught in a virtually impossible situation. So far as infiltration is concerned, the rough terrain, forests, snow, lack of natural obstacles etc make it impossible for the security forces to put in place a fool proof counter infiltration grid. Therefore, despite enhanced vigilance, fencing, intelligence, electronic surveillance etc some infiltrators do manage to get through even as a majority of the bids are unsuccessful. This is the cannon fodder that Pakistan feeds into the environment, year after year, to keep its misadventure going. Those who are infiltrated do not know that they are marked persons who would be wasted on a redundant cause sooner than later. They do not know that they are mere replacements of a set that has already been neutralised; thus the cycle goes on.

It is very clear that what Kashmir is witnessing presently is out and out foreign sponsored terrorism. It is unfortunate that Pakistan is not ready to see the writing on the wall and is not relenting from its misplaced ambition of wresting Kashmir form the India union and converting it into a vassal Islamic state. A big reason for this is the false information that is being fed by a segment of Kashmiri society that has a financial interest in keeping the misnomer of a mass movement for “Azaadi” alive. There is no dearth of people in the valley who are ready to sell their souls for the Petro-dollars that find their way into the system because of this so-called movement.

Inimical forces in the valley have a well established system in place to fructify their false and frivolous propaganda. Law and order problems, accidents, unnatural deaths are things that happen in every state and nation across the world but in Kashmir these are blown out of proportion to give an impression that people are in a state of uprising against the very government that they have elected. There is constant talk of illegal detention, torture and custodial deaths which is totally false and motivated. Agitations are engineered against such legislations that are in place to ensure the smooth functioning of the law and order machinery. The fact that, after the advent of international terrorism, similar legislations have been enacted by many countries is conveniently sidelined. The entire effort is to paint a gory picture of the very security forces that shed their blood to maintain peace and calm in the region. The misfortune is that even educated and logical people get swayed by this vitiated misinformation, more so because the media laps it up for its sensationalist potential. Thus, this anti-national structure gets more and more entrenched.

Another matter to worry about is that experts from around the world are talking of escalated levels of violence in Kashmir in 2014. Two reasons are being attributed to this thought process. First, the lure of easy money seems to be attracting even educated youth of the valley towards the path of terrorism. Second, the easy availability of well trained Taliban Mujahideen for infiltration into the valley once the NATO forces draw back from Afghanistan. This scenario, by itself, is a cause of worry and something that the government should be looking at as a major challenge should it come by.

There has to be a well thought out strategy in place to counter the adverse elements of the situation as it exists today and as it may develop in the next year or so. First and foremost, a concerted information campaign is required to break all the falsehoods doing the rounds. A clear message needs to go across that a separatist movement in Kashmir, if ever there was one, has long since given way to the more powerful peoples mandate for democracy, development and prosperity within the structure of the Indian Union. A portrayal of the situation in any other form is absolutely baseless.

The second prong of the strategy would be to counter inimical designs towards keeping terrorism alive. A social movement to save the young blood from being led along an evil path of violence would pay excellent dividends. Families, society, government, all have to join hands in this effort. Age old Sufi traditions, Kashmiriyat and the peace loving civilisation norms of the Kashmir people need to be reignited to push out the veils of violence, sectarianism, fundamentalism and the like. Most important is to engage the youth in gainful economic activity integrated seamlessly with the Nations march towards development. So far as the Taliban threat is concerned, not much thought is required to be given since the Indian Army is ready and waiting for them. They will remain what they are today, cannon fodder.