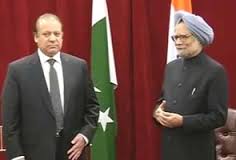 The perseverance, courage and dedication of the Indian soldier was, once again, visible in the 15 day “Battle of Karen”. The coverage provided by an English news channel of Indian soldiers injured during the operation, their high morale and motivation despite a critical condition, gives the Nation confidence of being in safe hands. It evokes a sense of pride for the sentinels of our active borders. Beyond this, there is every reason to be worried about the manner in which events have been unfolding over the last few weeks on the political, diplomatic and military fronts so far as India’s engagement with Pakistan is concerned.

The Indian political leadership, bureaucracy, thinkers, analysts etc are finding it difficult to get a grip on the situation. As is common in such circumstances, there are as many opinions as there are voices. People are showing a tendency to resort to entrenched positions in the absence of a logical narrative. There are insinuations and counter insinuations doing the rounds that pose a grave danger to the already tenuous relationship between the two countries.

The infamous meeting between the Prime Ministers of India and Pakistan is central to the entire proceedings. There is a predominant view that what happened in Karen, Samba and Kathua is directly related to the meeting. The reasons given for this line of thought are multifarious; some contend that forces aligned against a rapprochement between India and Pakistan have engineered these incidents to derail what may have turned out to be a path breaking Summit between the two leaders. Others feel that what is happening is with the tacit approval of Prime Minister Nawaz Sharif given his penchant for talks on one side and military adventurism on the other.

On the operational front there is a sense of disquiet with regard to the losses suffered in the Samba-Kathua terrorist attack and the Karen operation that stretched out over unprecedented 15 days. Lack of credible information in both cases led to rumour mongering. The Karen encounter is being called a mini-Kargil without much thought being given to the ominous connotation that a description of this nature would portend.

The key factor in all this is Nawaz Sharif; his complicity or ignorance about what is happening on the line of control and the border is a moot question. There can be no hesitation in labelling him a typical multi-faced Pakistani leader playing different tunes with the Indian leadership, the international leadership, his own people, his army and his Jihadi friends. The point is – is he following this path willingly or out of compulsion? Why would he bend backwards to meet up with Prime Minister Manmohan Singh and then be an active party to the initiative being scuttled? Would he have forgotten that the last time something like this happened he was ousted from power? Most importantly, can something be read in the abrupt manner in which Pakistan Army Chief General Ashfaq Pervez Kayani has, on the return of Nawaz Sharif to Pakistan, announced his retirement on November, 29? Has the unheard of happened rather quietly in Pakistan where the Army Chief has been cornered by the civilian establishment? Too many questions, too few answers make it difficult to take a position based on pure logic!

The Karen encounter is now over and done with; if one looks beyond the media hype it was no more than a large scale infiltration bid akin to many similar bids that take place every year during this time of the year. It is time to remember the courage of Lieutenant Navdeep Singh, Ashok Chakra (Posthumous) who, with his patrol party, foiled an infiltration bid in the Gurez sector on August, 20, 2011, in which as many as 17 terrorists or more were attempting to get in and 12 were killed. Karen comes in the category of such infiltration bids that take place every year as winter approaches. The strength of an infiltrating group is dictated by the terrain and many internal considerations of the terrorist organizations and their mentors in the Pakistan Army and the ISI. Numbers, though important, are not the sole criteria for establishing the lethality of an infiltration bid. The Karen operation was nowhere near the Kargil war or Pakistan’s Operation Gibraltar in 1965 as is being projected in some circles. It can be safely presumed that ceasefire will not come by this year till the line of control becomes snow bound and infiltration becomes difficult, as has been the case since the last many years.

Hounding Pakistan is not going to reap any dividends because there is nobody in that country on whom responsibility can be fixed. This problem will persist so long as a powerful section in Pakistan continues to harbour the ambition of forcibly wresting Kashmir from India. This section comprises of politicians, soldiers, clerics and right wing extremists who may be acting independently or loosely aligned to each other. The idea is to prove to this section that its ambition is a pipe dream.

Creating hype around the counter infiltration operations is also not going to improve the situation. What is required is quiet, assiduous, behind the scene military operations unfettered by political jingoism and media sensationalism. The enemy has to be inflicted unacceptable casualties so that he realises the futility of his his diabolic activities. Security in Jammu and Kashmir, on the line of control, international border and in the hinterland has to be the kept vibrant; it should be boosted whenever the need is felt with complete disregard to political shenanigans. Engaging Pakistan in talks is not a problem but getting complacent due to the talks definitely is. When Pakistan gets to shun its traditional aggressiveness toward Kashmir the results will be visible on ground and guard can be lowered in a calibrated manner. In Kashmir it is only security forces that can pave the way for the elusive political solution.