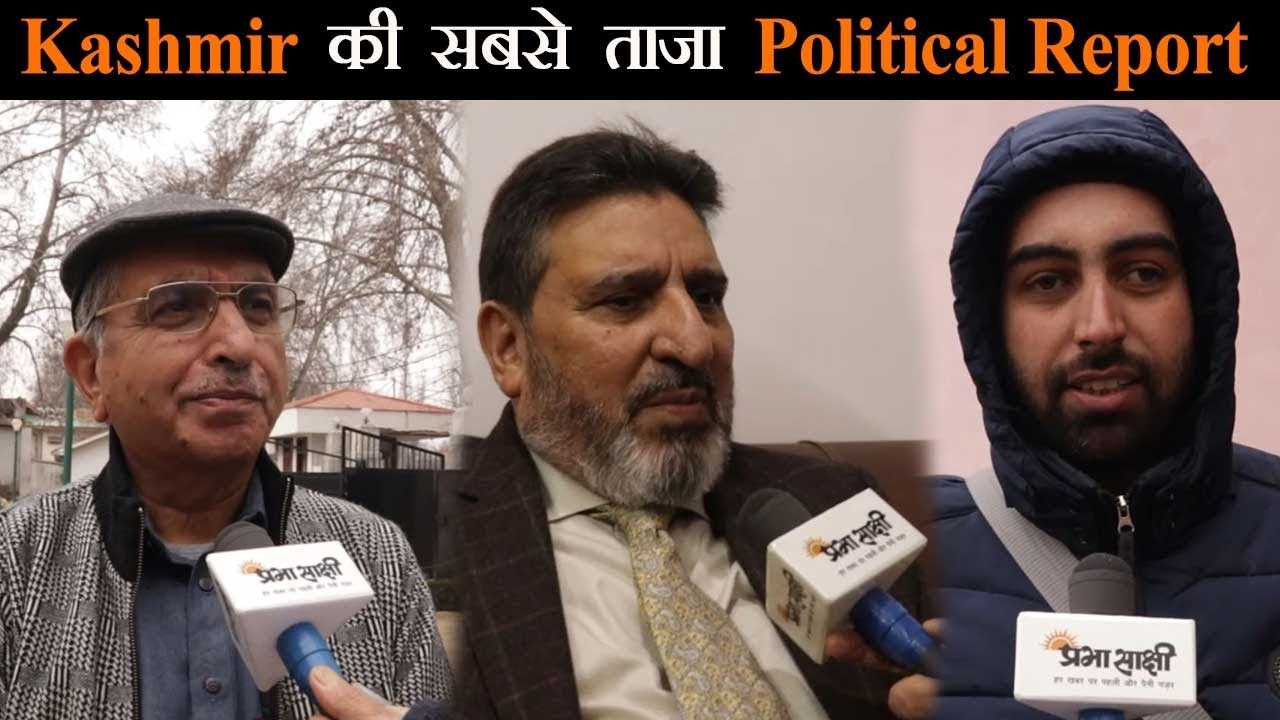 The Narendra Modi government revoked Jammu and Kashmir’s special status embedded in Article 370 of the Indian Constitution and bifurcated the state into two Union territories — Jammu and Kashmir with a legislature and Ladakh without one.

After the scrapping of Article 370, the Valley has remained by and large peaceful mainly due to enhanced security measures and a massive deployment of troops.

Kashmir’s mainstream political and separatists leaders are under detention and about 300 political leaders, including two former chief ministers — Farooq Abdullah , Omar Abdullah of the National Conference (NC) and Mehbooba Mufti of the Peoples’ Democratic Party (PDP) are still either under house arrest or under detention. With normalcy seemingly returning with the passage of time, some second rung political leaders have been released.

Kashmir witnessed many changes after it was declared Union Territory by the current dispensation at centre and Girish Chander Murmu has been appointed as its first Lieutenant Governor. He had earlier served as Principal Secretary of Gujarat when Narendra Modi was the Chief Minister.

It appears that the Central government is trying hard to form a ‘Third Front’ in Jammu and Kashmir as an alternative to the existing political setup here and many inept and opportunist Kashmir based politicians are trying their luck to come on the Center Stage. Among them is the over ambitious fertilizer magnate Altaf Bukhari whose political acumen is suspect.

Though it may not be correct to assess an individual based on the background and dealings of his relatives, but it would not be out of place to mention that Bukhari’s brother Tariq Bukhari was interrogated by the National Investigation Agency (NIA) as part of its investigation in the ‘terror funding case.

Therefore, even if the center props up Altaf Bukhari, it can’t help in refurbishing his unpopular public image. If New Delhi sincerely wants to remedy the alienation of the Kashmiri people, then it needs to weigh the pros and cons of supporting him.

Altaf Bukhari came into limelight when he contested assembly elections during the year 2014 under the leadership of Peoples’ Democratic Party founder Mufti Mohmmad Syed who was considered one of the shrewdest mainstream politicians in Kashmir. Contesting from the Amira Kadal Constituency, he defeated Nasir Aslam Wani of the NC, but rumours that he had pumped in large sums of money during electioneering to influence voters made his victory unsavoury.

In March 2015, history was created in the erstwhile state of J&K and BJP’s dream to gain the power came true when PDP with 27 MLAs and BJP with 25 members had formed a coalition government with Sayeed as the Chief Minister. Both parties had formed an Agenda of Alliance which sought to address internal and external dimension of the erstwhile state of Jammu and Kashmir but this alliance ended unceremoniously after the death of Mufti Mohmmad Syed.

Mehbooba Mufti did try her best to salvage the coalition after Mufti Mohmmad Syed’s demise and the stalemate continued for more than three months but her challenges came not only come from the BJP and NC, but more significantly from within her own party. Resultantly, her bid to become the unchallenged power-centre of PDP like her father failed.

Altaf Bukhari tried to dislodge the government to become front runner for the post of Chief Minister of Jammu and Kashmir but his hopes dashed into ground when Mehbboba again formed a coalition Govt with BJP.

The businessman turned politician remained a talking point during his stint with the PDP. In 2016, he was accused of engineering a split in PDP and was not made part of the cabinet when Mehbooba Mufti took over as Chief Minister of the state. After six months he was inducted in the cabinet and given the important education and finance portfolios. Later, when BJP pulled out of the alliance in June 2018, Bukhari was rumoured to be leading a rebel group within the PDP. However, in November 2018, he was again in the reckoning as a joint Chief Minister candidate of the ad hoc PDP-NC-Congress alliance, that made a failed attempt to stake claim to form the government in the state. Then in January 2019, he was expelled by the PDP for anti-party activities. The PDP chief Mufti, without naming him accused Bukhari of conspiracy to break her party and connive with powers in New Delhi.

Bukhari’s re-entry into politics, after being expelled from the PDP in 2018, fits in. He will be the nucleus around which a ‘third front’ is to be built, with the backing of the Centre and its instrumentalities. Noor Mohammad Sheikh, Choudhary Qamar Hussain and Raja Manzoor Ahmad also joined Altaf will surely attempt to form third front by craftily wooing the gullible people of Kashmir to fulfil his dream of grabbing power.

Another apparent contender for the centre’s affections is PDP leader Muzaffar Hussain Beigh, whose name appears in the list of Padma Bhushan awardees announced on the Republic Day. Many analysts and political observers in the Valley see this move as a consolation prize given to Beigh for his having lost out to Bukhari.

Mohammad Dilawar Mir who is also relative of Bukhari and was involved in corruption case was thus barred from contesting the 2014 assembly elections and this paved the way for his son to contest LA polls., Zaffar Iqbal, Javed Hassan Beig is nephew of controversial PDP leader Muzffar Beig.

People are of the opinion it is like ‘old wine in new bottles’ because those forming the ‘third front’ are the same people who have been accused of having looted the exchequer by all means. Thus, if they get the centre‘s patronage, this move will evoke strong criticism from people belonging to all walks of life. As these people have already lost credibility among the local populace their presence at the helm of affairs will not help the common man who is today living in fear psychosis and needs to come out of trauma and financial morass.

Govt of India must concentrate on only those people who don’t have a tainted image among the masses of Jammu and Kashmir and can deliver towards the betterment and upliftment of the Jammu and Kashmir people who have suffered a lot due to mis-governance, nepotism and corruption, which has caused severe resentment among the Kashmiri youth.

Growing instances of brazen nepotism and corruption are now threatening to foment further social and economic unrest in the strife-torn JKa. The rampant misuse of power and opportunism has created an uproar among the youth in the state where the rate of unemployment of 24.6 percent in the age group of 18-29 years is nearly double the national average of 13.2 percent. Since Kashmiri youth have the requisite qualifications and wide ranging skills, the center needs to work overtime to cut down the high unemployment rate so that the people are able to feel the change that they are being told will come now that Article 370 has been abrogated!

(Author is a Kashmir based journalist, TV commentator and political analyst)