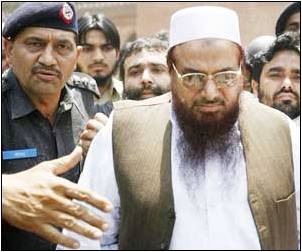 The Pakistan based radical outfit, Jamaat-ud-Dawah (JuD), has warned India against “striking” Pakistan and asked it to hand over persons involved in the Samjhauta Express train bombing. The 10-point declaration was adopted at the “Defence of Islam and Pakistan’s Stability” conference organised by JuD at the Jamia-al-Dirasat Islamia seminary in Karachi. It called for the US to be declared an enemy of Pakistan and warned the government against releasing Indian death row prisoner Sarabjit Singh. Among those who addressed the gathering was senior JuD leader Abdur Rehman Makki, who contended the situation in Pakistan was “not as bad as the local and Western media says”. Makki pointed to the perceived inability of the US to win the war in Afghanistan. The international community, especially India, need to seriously consider options to pressurise Pakistan into cracking down on such radical outfits that are openly advocating the spread of hatred and violence in the world