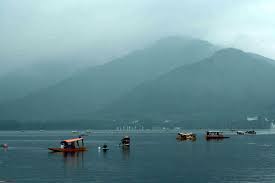 Another summer of discontent in the Kashmir Valley has led to great suffering for the common man and some very unfortunate loss of innocent life, especially so, of teenagers and security forces personnel. Under these circumstances, some relevant questions are – What will be the final outcome of all this bloodshed?  Is there any feasibility of searching for a lasting solution of the Jammu and Kashmir problem which has been allowed to fester all these 69 years?

If one goes into the genesis of the problem, it will only open up a Pandora’s Box. In any case none of the actors are ready to admit that the position been taken by them has inherent fault lines which need to be addressed.

It would suffice to mention here that Pakistan jumped the gun by attacking J&K State and thus violating its signed “Standstill Agreement” with Maharaja Hari Singh. This happened well before the Instrument of Accession was signed by the Maharaja. As the Indian Army landed in Kashmir, after the signing of the Instrument of Accession; it effectively contained and started to drive the Pakistani marauders out of the state in a war that lasted two campaigning seasons in 1947-48. It was at that stage, when the military initiative was in the hands of the Indian Army, that the then Government of India committed a cardinal error by taking the matter to the United Nations, which led to declaration of ceasefire before regaining the complete territory of the state from Pakistani control.

The then Government of India went on to commit a second cardinal error by not having the United Nations Security Council Resolution 47 implemented in letter and spirit immediately. India should have moved dynamically to get the occupied territory of J&K vacated and the Plebiscite conducted as per this resolution.

It is notable that Prime Minister Jawahar Lal Nehru gave a promise to the people of the state in a rally in Kashmir that Plebiscite would be conducted to know their will, as per this UN Resolution; and a decision on the future of the state taken accordingly. The foregoing promise led to heightened expectations which were shattered in 1953 when Sheikh Abdullah was removed from the post of chief minister of the state and imprisoned, leading to a sense of betrayal amongst the Kashmiri people.

This sense of betrayal, after all these years and many generations gone by, continues to be exploited by certain unscrupulous elements, with active connivance of Pakistan. Constant propaganda of the supposed betrayal by some vested interests is leading to the present state of discontent, alienation and mistrust that is palpable among the population, especially the youth of the valley.

The various Bilateral Agreements that India has entered with Pakistan in the later years – Tashkent Declaration, Shimla Agreement and lastly the Lahore Declaration, have all failed to resolve this issue. More significantly, even when India was in a strong negotiating position during the Shimla Agreement, after the ’71 war; it failed to take diplomatic ascendency to put in place mechanisms that would stop Pakistan from actively fostering discontent through vicious propaganda and material support. In fact, within a few years after the Shimla Agreement, Pakistan put in place the unholy “Policy of a Thousand Cuts” and overwhelmed the state with terrorists trained and exported from its soil.

The Proxy War and the cult of exporting terror to J&K being carried out by Pakistan since 1990 stands decisively defeated and contained only due to the resilience of the people of the state with the assistance of security forces operating there.

The time is now opportune for the Government of India to declare all its agreements with Pakistan -Tashkent Declaration, Shimla Agreement and the Lahore Declaration as null and void because of the failure of Pakistan to respect their sanctity and also act upon them. The only method left for forward movement, therefore, is to implement the said UN Resolution on Kashmir. Once India declares that it is ready to conduct the Plebiscite as per the provisions of this UN Resolution, Pakistan and China would immediately be on a back foot and would start their efforts to stop its implementation, thus exposing their real intentions completely.

A very good reason for China to fear the plebiscite is its colonisation of the Gilgit-Baltistan region, with active connivance from Pakistan, for furthering its ambitious China Pakistan Economic Corridor (CPEC). Gilgit-Baltistan would never vote to stay with Pakistan. The Post Plebiscite status of the region will, therefore, jeopardise CPEC and thus cause a fatal blow to China.

India would then be in a strong position of being willing to go for a free and fair Plebiscite as per this UN Resolution while the evil agenda of our inimical neighbours will stand exposed to the people of the state on both sides of the line of control. Pakistan and China would come in the spotlight globally with their chameleon like colours visible to the world. The people of Kashmir, especially the youth; would then start questioning the path that they are treading at the behest of Pakistan.

For 69 years now India has been living with this festering wound that is the result of the Accession of Jammu and Kashmir to the Indian Union having gone wrong in-spite of being perfectly valid.

Without solving the vexed J&K issue India cannot hope to become a great power. There is, therefore, a need to go for some out-of-the-box thinking in order to seek out a path that would lead the state and its people out of the prevalent abyss of hate, violence and alienation and steer it towards the path of peace and reconciliation. Giving more thought to the revitalisation of the concept of Plebiscite is one such out-of-the-box thought process.  The Indian Army has done its job of thwarting multiple military misadventures by Pakistan against the soil of Jammu and Kashmir & now it is time for the Political Class of the country to stand up and be counted.