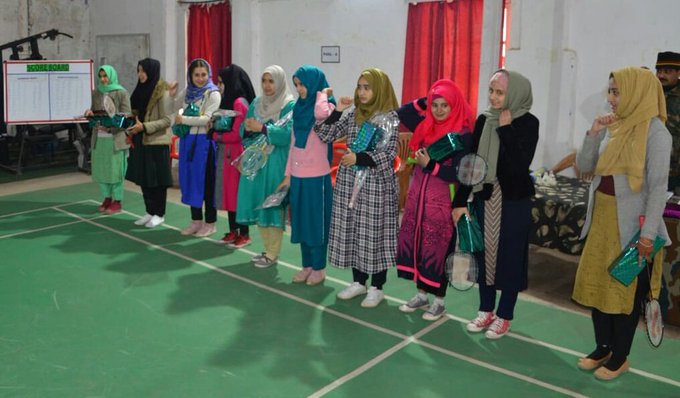 The people of the Jammu and Kashmir and Ladakh region have, along with the Army, faced great challenges to neutralise a diabolic foreign design of wresting the region from the Indian Union through the medium of a low cost Proxy war and cross-border terrorism. The mainstay of this epic fight has been mutual trust and an enduring bond under the most difficult circumstances.

The people maintained an unremitting faith in the soldiers, despite very sophisticated psychological warfare by the enemy to create a rift between the public and the Army. The Army, on its part, remained steadfast in its intent to provide a secure environment that would facilitate the people to lead a normal life without any fear or inhibition. It made great sacrifices in blood to attain this objective. Thankfully, the people and the forces are standing on the threshold of success with terrorism at an all time low.

During peak terrorism, the army realised that the people were suffering, not only due to the shadow of the gun but also because of insufficient administrative back up. The government machinery had collapsed. It was at that stage that the army decided to ameliorate the problems that the people were facing. This led to the launch of Operation Sadbhavna, a welfare initiative under which the army provided succour in aspects of day to day existence, especially health, education, empowerment and infrastructure. Most significantly, the Army put to use its reach in the remote regions to good use in helping the people.

Presently, the nation has taken on the responsibility of usher fast track, sustainable development in the newly create Union Territories. However, the people continue to look towards the Army for succour and the soldier is only too happy to remain forthcoming.

The winters leave the Ladakh region cut off from the world. Traditionally, the Army has been carrying out sports and other activities during the winter months to keep the morale of its own soldiers and the civilians high.

Accordingly, this year too, a ‘Winter Carnival’ was organised under the aegis of the Fire & Fury Corps at Dras over a period of five days from 27 January onwards. It witnessed active participation by the locals in the variety of events that showcased the cultural heritage of the region. There were many events, despite the temperatures dipping below minus 30 degree Celsius, including an Ice Hockey tournament, a painting competition, extempore speech competition, Ladakhi folk dance and display of martial arts among others. There was a festive environment in the entire region as locals, especially the youth, got an opportunity to give expression to their talents.

There was no dearth of activity under Operation Sadbhavna in the Union Territory of Jammu and Kashmir too. Traditionally, the Indian Army prepares well for providing medical assistance to the locals during the months of peak winter. The work starts early with the conduct of extensive medical camps in which health check-ups are conducted and general awareness of the precaution to be taken is carried out. As the winter goes on, the medical camps continue and emergency evacuations of medical emergencies are carried out where required.

This year has witnessed and even more intensive participation of the Army in this field under the ambit of a slogan #WeCanWeCare. Special attention has been paid to women and the girl-child. There have been a few instances of emergency evacuation of pregnant ladies in which the Army has played a big role. In recent days a concerted effort has been made to spread awareness about the deadly Corona Virus far and wide across both Union Territories.

Sports and extracurricular activities have been actively organised across the Union Territory of Jammu and Kashmir and more so in the Kashmir region. The very severe winter has not been able to dampen the spirit of the locals and the soldiers as they reach out to enjoy the weather rather than stay cramped inside.

While sporting competitions have been held in many disciplines, what has been different this year is young girls coming forward in large numbers to participate. Badminton, Kho-Kho and such like tournaments for girls have witnessed wide and eager participation.

An Indian Army Cycle Expedition from Palampur to Udhampur was flagged off from Palampur on February, 5. The team will cover a distance of 500 kms over ten days and spread awareness on veteran welfare schemes while motivating youth to join the Armed Forces.

The social media is full of accolades for the army for the good work that it is doing. The general impression is that the “Army serves as a life line in Kashmir with its noble work and concern for the common Kashmiri.” Other tweets suggest that “humanity is the hallmark of the Indian soldiers.” People from across the nation are extolling the youth of Kashmir to take on the facility provided, work hard and bring laurels to their families and the nation. Messages are being sent to those who engineer negative vibrations about the Army’s role in Jammu and Kashmir, asking them to give out such positive news about the army also instead of all the time talking about “Tukde-Tukde.”

The latest official figures suggest that there has been a 73 percent drop in casualties of security forces since the changeover of status of the region on August, 05, even as 32 terrorists have been killed and 10 arrested. This is indeed good news for which the credit goes to the people and the security forces that have emerged as winners in the fight against terrorism. There is, of course, no space for complacency, since the enemy is not relenting from his evil designs and is determined to increase the threshold of violence and terrorism. However, the attachment between the army and the people, as has been seen through their close bonding through the winter season, will not allow the enemy to succeed.

(Dr. Simrit Kahlon is an academician and social activist)