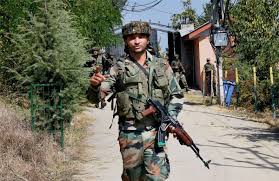 The month of October was heralded in Jammu and Kashmir with a suicide attack on a Border Security Force (BSF) Camp located near Srinagar Airport on October, 3. All three terrorists involved were killed even as an Assistant Sub Inspector of BSF lost his life while fighting the terrorists.

What followed were the usual questions in the media about the degree of alertness of the sentries and the alleged loopholes in the security structure. These are mere talking points for arm chair journalists who do not understand the situation of ground.

For any holistic analysis of the operation the foremost point for consideration would be the alertness of the sentries that averted a catastrophe. There were families and an ammunition dump in the premises attacked.

The second significant aspect is that the counter terrorist operation was carried out by the BSF, CRPF and JK Police from within their own resources. Help was not sought from the army or from commando units. This reflects the high standard of morale and training of the incumbent units and augurs well for the counter-terrorism threshold in the sensitive region.

There can be no better indicator of the synergy that exists between the security forces operating in the state than the manner in which information about success of the operation was passed on to the media. The press conference was addressed by Munir Khan, Inspector General of Police (Kashmir) with senior officers of the paramilitary forces in attendance.

The turf battle which, at one point in time, marked inter-forces relationship seems to be a thing of the past! They now bond seamlessly.

A matter of concern, however, is the success achieved by the terrorists in attacking a high profile target in a highly protected area. It indicates professional planning of a degree much beyond the capability of the three terrorists involved in the attack. The plan and the orders, therefore, would have come from across the border.

The terrorist attack could not have been conducted without administrative support including a long term reconnaissance and familiarisation of the target. This highlights the existence of a strong over ground network that supports the terrorists. Dismantling of the same should now become a priority for the intelligence set up of the state.

The successful repulse of the suicide attack seems to have touched a raw nerve of the terror masters sitting across the border since it has been followed by a series of terrorist strikes. On October, 5 a terrorist strike at Akhnoor was averted by alert security forces. On October 6, unidentified terrorists killed opened fire at a market in Tral, District Pulwama, Kashmir, and killed one innocent civilian. On October, 7, car bound terrorists opened fire on a road opening party of the Central Reserve Police Force (CRPF) in which a Sub-inspector sustained injuries.

On October, 9, security forces killed a terrorist named Khalid who was the operational chief of Jaish-e- Mohammad and who had taken responsibility for the October, 3 attack on the BSF camp.

The month of October has also witnessed incessant ceasefire violations across the International Border and the Line of Control (LOC) in which a few precious Indian lives have been lost. This is in accordance of the ongoing policy of the Pakistan army to keep the border areas heated-up so that infiltration of terrorists can be facilitated. Against a total of 228 ceasefire violation last year there have been 503 attempts this year. So much for the much vaunted international pressure!!

The terrorist strikes in Jammu and Kashmir are following a distinct pattern. Suicide attacks are being conducted only by foreign terrorists. This implies that terror masters to not have the enough faith in the local terrorists to entrust them with the responsibility. Trends indicate that local terrorist are vary of leaving their own areas, hence, a terrorist from say south Kashmir does not operate in north Kashmir.

Security forces have been given a free hand to conduct counter-terrorist operations.  It is heartening to see ministers visiting the state at regular intervals and interacting directly with troops. In this month itself, Ministers of State, Subash Bhamre and Kiren Rijiju visited the state. Union Ministers for Defence and Home Affairs have been visiting frequently and interacting with the troops. The prime minister, of course, has been meeting the Jawans (soldiers) in forward areas quite often, especially on festive occasions like Deepawali; this year he celebrated Diwali with the Jawans (Soldiers) at Gurez, a remote area along the Line of Control in Kashmir. Such visits greatly boost the morale of the soldiers and go a long way in ensuring operational success.

Pakistan is under sustained pressure from the comity of nations to crack down on the terrorist organisations operating from its soil. In recent days, it has faced flak in the United Nations General Assembly (UNGA), and has been openly castigated by its once upon a time close ally, the United States. The Trump administration has been blunt in telling the Pakistani leadership to dismantle the terror structure or face the consequences. Even its most enduring ally, China, has not come in aid of the Pakistan either in the UNGA or during the BRICS summit.

All of the above has not made an iota of a difference to Pakistan. The rogue country has, in fact, drastically increased its terrorist activities directed against Jammu and Kashmir.

Munir Khan, Inspector General of Police in-charge of Kashmir, during his press conference post the attack on the BSF camp in Srinagar said, “Request media to be reasonable before running news, as such attacks will continue to happen as long as Pakistan is our neighbour.”

These are prophetic words that the nation needs to heed. Whatever the degree of success, there is no scope to reduce pressure or vigil till such time that Pakistan exists as a country or it relents from its policy of exporting terror to India. Security forces will have to destroy ruthlessly whatever comes from across the border.