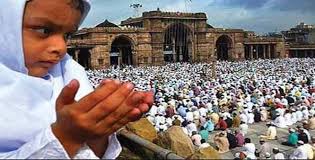 The Union Government, on May, 16, declared “suspension of operations” (also termed as ceasefire) in Jammu and Kashmir during the holy month of Ramadan! The initiative, taken at the behest of the Chief Minister Mehbooba Mufti, is designed to facilitate a peaceful holy month for the people of the state, especially so in Kashmir.

The move has elicited a mixed response! While there are no two opinions about the need for furthering the peace process, there definitely exist apprehensions about a resultant negative impact on the security environment in Kashmir. Many feel that the terrorists, who were on the back foot due to sustained operations by the security forces under “Operation All Out,” will get a much needed chance to recoup.

What, however, is important at this point in time is to identify the positivity and see how it can be leveraged for a better impact.

It cannot be denied that the government has taken a very big risk by resorting to this act; it can lose face and also political space if it does not work out. There will be so many “I told you so” type of insinuations which will become perpetual thorns in the flesh and a constant source of embarrassment for the ruling Bharatiya Janata Party (BJP). Under the circumstances, there is a good reason to appreciate the fact that the Government has taken a very bold step to give peace a chance, despite the odds stacked against it.

The move is also an attempt to ally the distrust and apprehension that has come by due to intensive counter-terrorist operations being conducted by the security forces under “Operation All Out” for a year and a half now. By declaring a suspension of operations the government has sent a message that it is more than willing to reduce operational pressure the moment peace prevails in the Valley.

The security forces have been making consistent attempts to check the recruitment of youth of the valley into the cult of terrorism. Here it is important to flag a recent statement made by the Army Chief. “I want to tell Kashmiri youth that Azadi isn’t possible. It won’t happen. Don’t get carried away unnecessarily. Why are you picking up weapons? We will always fight those who seek Azadi, those who want to secede. (Azadi) is not going to happen, never,” he said in an interview to the national daily, “Indian Express.”

The General made some more significant observations in the course of the interview!! He spoke of the irrelevance of terrorist strength figures since those eliminated are replaced by new entrants. His words reflect the pain that he feels due to this necessity of killing youth indoctrinated by evil foreign elements. He further emphasised the extent to which the Army is going to ensure that operations are conducted in as humane a manner as possible and quoted the brutal conditions obtainable in Syria and Pakistan as a comparison to substantiate his point. He went on to make a fervent appeal to the people to desist from interfering in operations and instead help in motivating the misguided youth to surrender.

It is quite apparent from his statements that the Army Chief is attempting to reach out to the people of the Kashmir Valley, especially the youth, with a fervent appeal to shun the path of violence. He is highlighting the futility of the cause that the youth are being pushed into by foreign powers and their stooges.  He is emphasising the concern of the security forces about locals getting indoctrinated into the cult of terrorism, which needs to be checked to save them from certain death. He has suggested that education should be used to suppress and not fan winds of radicalisation.

Director General Police, Jammu and Kashmir, SP Vaid, also welcomed the decision to suspend operations! “Taking advantage of fresh initiative of GOI during Ramadan, families of local militants should urge their sons to leave path of violence & join them to live peacefully. Wish them good luck,” he tweeted a day after the announcement was made.

On May, 22, he further tweeted, “the Ramzan ceasefire has been successful thus far. The initiative of Prime Minister has helped in general improvement in law and order. The situation especially in south Kashmir has eased and is serving as confidence building measure for families who want their boys to return back home.”

The appeals and statements made by the highest ranking officers of the security forces leave no doubt about their being on the same page as the government in the desire to usher peace in the Kashmir valley.

This well intentioned move has the potential of changing the narrative of violence in the Valley. The same can happen only if the people use the opportunity provided to wean away the misguided youth from the path of terrorism. This is the time for the civil society, the elders and the religious teachers to impress upon the youth the need to join the mainstream and direct their energy towards the pursuit of peace and prosperity. The mantle also needs to be taken by all political parties who need to get together in pursuit of peace as a common objective.

Whether the ceasefire will backfire or will produce positive results is something that cannot be legislated at this point in time. Only time will tell whether the move is worthy of brickbats or accolades. One thing that is quite clear is that it has opened a window of opportunity for a better tomorrow. A sincere attempt will definitely accrue good results, failing which, Operation All Out is always there to fall back upon.

There is a message here for the people of Kashmir – your fellow citizens of this great nation, through their government, are appealing for peace to be given a chance; the appeal should be given due respect and cognisance.