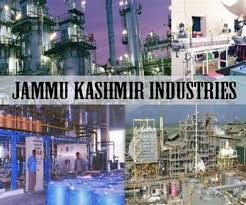 Girish Chander Murmu, the Lieutenant Governor of the Union Territory (UT) of Jammu and Kashmir was a surprise pick for this highly sensitive position. In fact, many in the country as well as the state had never heard of him. He is a 1985 batch Gujarat cadre officer of the Indian Administrative Service (IAS) hailing from Odisha and was Principle Secretary to PM Modi when he was Chief Minister of Gujarat. Later, he came to the centre as Expenditure Secretary in the Ministry of Finance. He is known to be a confidante of the prime minister and key member of the team that assists him in making crucial decisions. He maintains a low profile and gets things done correctly and with speed.

The Lt Governor has, within a short time of holding office, proved that the trust reposed upon him is absolutely justified. In a politically surcharged atmosphere, he has desisted from taking sides and has focused instead in implementing such administrative reforms and political decisions that would move the state in the right direction.

The Lt Governor seems to be of the belief that a corruption free and efficiently run administration would be the best bet to change negative perceptions within the state and outside of it. He believes that it is good work that should do the talking. He is, therefore, very quietly and determinedly bringing about administrative reforms.

The Lt Governor has based his development plan on Niti Aayog’s Sustainable Development Goal (SDG) India Index Report. On various parameters like Gender equality the report shows Jammu and Kashmir among the top-performing states. However, the UT lags on the development goals linked to decent work and economic growth; industry, innovation and infrastructure and sustainable cities and communities. Accordingly, the Lt. Governor has identified economic development, infrastructure, health, tribal affairs and education as the Key Result Areas (KRAs) of his administration.

Being from an administrative background and having also served in the Ministry of Finance, the Lt. Governor is well equipped in getting maximum benefit from central schemes. Accordingly, projects under the Prime Minister’s Awas Yojna (PMAY), Kissan Credit Card (KCC), Ayushman Bharat and others are moving at a very fast pace.

Funds under the PMAY have already been allotted at the district level to implement the “Housing for all” scheme. Many complexes have been handed over and in others construction is in full swing. The J&K Housing Board is constructing building for Health and Wellness Centres across the UT. These Centres will function effectively under the Ayushman Bharat scheme. Projects under the Kissan Credit Card (KCC) and CSS schemes, sponsored primarily by the Animal & Sheep Husbandry and Fisheries departments and others too, have been sanctioned and are in an advanced stage of implementation. A lead role in utilisation of funds has been taken by the administration at Kupwara to set an example for the other Districts.

The Lt Governor fully realizes that extension of financial services is essential to give a boost to the economy especially in semi-urban and rural areas. Accordingly, the Jammu and Kashmir bank has been tasked to set up Business Units in remote areas and play the role of an “Angel Investors” to “Start-ups.” It is believed that once the requisite experience is gained and confidence built, many investors from outside the state will also chip in. Recently, a state-of-the-art business unit was inaugurated in Kadlabal Pampore in Pulwama District; it will primarily provide financial facilities to boost the famous saffron crop of the area in terms of quality, production and sale while looking at other proposals also.

Promotion of interests of the sizeable Tribal community in the state is another KRA identified by the Lt Governor. He has directed the Finance Department to keep aside 10 percent of the annual budget in all departments for Tribal welfare schemes. In addition to 24 Tribal Hostels already available in the UT, 17 more are under construction. 79 new Tribal Hostels have been proposed under Prime Minister’s Investment Package (PMIP). Emphasis in the hostels will be on basic amenities, capacity building while the children are posited for skill development. The basic objective would be to check dropout levels of tribal students.

Health care is also being given primacy with special efforts being made to ensure that existing facilities, especially specialised hospitals like SKIMs, function at optimal level. The Lt. Governor has been visiting such institutions personally and has given directions for preparation of comprehensive futuristic plans to boost available infrastructure. Comparative studies with other universities of repute in the country and the international level will be conducted.

Infrastructure development is also on fast forward mode. A Zoo is likely to come up at Jammu at a cost of Rs. 49.17 Crore. Higher education, youth services, sports, horticulture, agriculture and other departments are being given a monetary boost with time bound objectives to meet sustainable growth objectives.

Good news for Kashmir has come from the Konkon Railway Corporation Ltd (KRCL), responsible for building the bridge linking Udhampur-Srinagar-Baramulla. This bridge, over the River Chenab in the Reasi district, at 359 metres (35 metres higher than Eiffel Tower), will be the highest Railway Arch Bridge in the world. The Managing Director of KRCL has gone on record to commit that the iconic bridge will be ready by 2021. Apart from this record breaking feat it will be a game changer for the economy and social integration of Kashmir with the rest of India. Apparently the Lt Governor is utilising his considerable influence in New Delhi to good effect.

There is honesty in the approach of the government in bring about change in J&K. It is being met with equal measure of enthusiasm by the people. What is critical now is to maintain sustainability. It is hoped that, despite challenges from inimical forces, the new course that is being charted out will meet attain the objective of giving the UT its rightful place in the country as a developed and prosperous region.