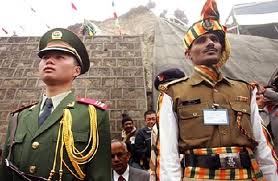 Indian army’s long standing proposal to raise a new Strike Corps along the Line of Actual Control in the North East seems to have received a boost as reported by the Press Trust of India on Wednesday, November, 02.”We are keen on securing our borders and we will take steps to do so. Wherever we feel there is a threat, adequate measures will be taken,” Minister of State for Defense Pallam Raju was quoted by PTI as saying. The modernization and expansion plan is likely to include setting up new airstrips and helipads in remote locations near the border with China.

This development could not have come at a more opportune time considering that many concerned voices about Chinas growing belligerence along the border and also in the Oceanic domain have been doing the rounds. Many commentators have done a series of articles on the palpable gaps in defense preparedness by India vis-à-vis China which gives the latter decisive edge in pure military terms. A report written by Ali Ahmed, ‘A Consideration of Sino-Indian Conflict’ for the independent think tank, Institute of Defence Studies and Analyses (IDSA), has spelled a clear warning. It has stated that China can launch a war against India which may heavily dent India’s attempt of being a super power in South Asia. It could be a limited war confined to a specific section of the border or LAC, limited in duration and amenable to a negotiated termination,