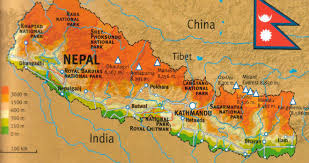 China’s growing assertiveness and pitch to gain influence in Nepal has created a Catch-22 situation for Nepal’s new Prime Minister, KP Oli. He now has to take a posture that would placate traditional friend India while dealing with the pressure being created by China. The balancing act would constitute typical political walking on a tight rope.

The indication immediately after Oli took over as Prime Minister is a tectonic shift towards China. Even during elections, he maintained an aggressive pro-China line so as to reduce dependence on India.

His use of nationalism as a major election plank, which went down well with the masses who voted the left alliance to a comfortable majority, caused discomfiture in the Indian establishment which traditionally remains wary of the return of the communist regime. In fact, there are reports that China played a crucial role in ensuring the victory of the left alliance in the elections.

In keeping with his words during electioneering, Oli has dropped enough hints of his government’s pro-China tilt. In an interview to Hong Kong’s, South China Morning Post, he said that he wanted to “deepen” ties with China and get more leverage in his dealings with India “in keeping with the times”.  The statement will certainly not please the Indian establishment which had sent its foreign minister Sushma Swaraj immediately after the election results to mend ways with the new government.

The election manifesto of the left alliance speaks volumes about the intent of the new government. It says that the India-Nepal Peace and Friendship Treaty 1950 will be scrapped and a new treaty will be negotiated.  The two countries are deadlocked over the issue for several years whether to amend the treaty or replace it completely. The crafty Oli seems to have made a well-thought out statement to drive a hard bargain with India.

The ties between India and Nepal deteriorated during Oli’s first stint as prime minister when he blamed India for the unofficial economic blockade which stopped essential goods from entering Nepal from India, a charge New Delhi denied.  An angry Oli then signed a trade and transit agreement with China with an aim to end India’s monopoly over Nepal’s supply of daily essentials, which further created bitterness between the two countries. Oli was also miffed with India’s diplomatic intervention in the country’s constitutional process in 2015 when New Delhi sought to accommodate demands of the Madhesis who launched a violent struggle to have greater say in the federal system. He often blamed New Delhi for the circumstances which led to his resignation following the political crisis over the Madhesi issue.

Therefore, there is no element of surprise as Oli plays the China card shrewdly.  “We have great connectivity with India and an open border. All that is fine and we will increase connectivity even further, but we can’t forget that we have two neighbours. We don’t want to depend on one country or have one option,” he said in the same interview.

It should be recalled that Oli in his previous avatar as prime minister had inked a deal with China to extend Tibet rail network to Kathmandu and created special economic zones for Chinese firms, infuriating India.

Oli has, of course, fine tuned his political rhetoric to keep the Indo-Nepal relationship on course while following his China agenda. When asked as to how he wanted to work out relations with India he said, “We’ve always had excellent relations with India. There were some elements in the Indian establishment that caused some misunderstanding, but Indian leaders have assured us that there will be no interference in the future and we will respect each other’s sovereign rights.” When seen beyond the diplomatic niceties it becomes apparent that deep within Oli is still smarting from his unceremonious ouster from which he has yet to reconcile.

Nepal is a small land-locked country that has many socio-economic problems. It is also very poor and politically instable. As prime minister of the country, Oli should realise that he cannot afford to keep all his eggs in one basket. He will need to be pragmatic to balance both India and China.  India is still Nepal’s biggest trade partner, in fact, two-thirds of Nepal’s trade remains with India and the Himalayan nation is heavily dependent on the latter for its everyday needs.

Pakistan’s being on track to become a virtual vassal state of China both militarily and economically gives to India an imperative of blocking Chinese ingress into countries like Nepal and Bhutan that she traditionally has close ties with. India, therefore, needs to be wary about the manner in which China is playing out its neighbourhood policy.

Nepal, in particular, has a security element insofar that it is a possible infiltration route for Pakistan trained terrorists coming into India. With the Jammu and Kashmir border becoming difficult to breach, Nepal automatically becomes a vibrant option. This is something that India cannot afford and something that both Pakistan and China will love to see happening.

India has always considered Nepal as a natural ally based on the close historical ties that exist between the two countries. China, on the other hand, is taking advantage of the fact that Nepal continues to be one of the most impoverished countries that needs developmental assistance. It is ensnaring the country by dolling out lollipops in the form of building roads and trade and transit corridors.

Oli, on his part, would be well advised to be careful and understand China’s designs. In the past, several countries like the Maldives and Sri Lanka have been cozying up to China and eyeing massive investments, but they are now ending up in a virtual debt-trap.

India and Nepal need to reconcile, iron out their differences and bring the ailing relations back on track. Given the historic and cultural ties, the two countries cannot afford to be like oil and water. The age old relationship between the two countries, based on religious bonds, has the potential to overcome Chinese assertiveness and the potential should be leveraged.