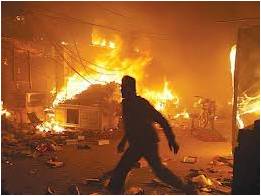 Indian Foreign Minister, SM Krishna, proceeded on a three day official visit to Pakistan on Friday, 07, September. A major agenda for the visit was announcement of a new visa regime. While speaking about the new regime to a leading Pakistan daily, The Express Tribune, Krishna is reported to have said, “it seeks to introduce or considerably improve visa facilities for tourists, businessmen, elderly and those wishing to visit their relations and friends.” The agreement was signed by the visiting Indian Foreign Minister and the Interior Minister of Pakistan, Rehman Malik, on Saturday, 08, September. Around the time when the two nations were discussing the proposal, Pakistan cancelled the visa of India’s senior and well respected journalist Praveen Swami’s at the last moment. Reportedly, he was also subject to a one hour lecture on the conspiracy being hatched by the US against Pakistan and how that nation is against both India and Pakistan. A crass attempt at indoctrinating a person as experienced as Swami can be made only by someone who too full of himself; in Pakistan, ISI fits the bill perfectly.

Pakistan is quite capable of doing such ironic deeds; whatever may be written on paper and signed by any Minister of the Pakistani government at the end of it all it will be the ISI which will decide as to who from India will enter Pakistani soil. Praveen Swami has, for long, been tracking the misdeeds of the ISI and commenting upon them and lo behold, all pretensions of bonhomie were thrown into the air and he was kept out of the country.

Pakistan’s Foreign Minister Hina Rabbani Khar in an interview with Barkha Dutta of NDTV has said, “if you look at the atmospherics, which were prevalent in the last year or so, and compare them to what they are today; if you look at the interactions which have happened at the high level, the President’s meeting with Prime Minister Manmohan Singh, both in New Delhi and then recently in Tehran. All of them have added momentum to move towards our eventual goal. And what is our eventual goal? Our eventual goal is first of all to sustain the on-going dialogue process; to consolidate the on-going dialogue process, and most importantly to make this process a more productive one.”

Now let’s ask her what is the atmosphere in Pakistan in context to India? Well it does appear to be better but only on media and predominantly in social media. On the surface Pakistan appears to be fairly liberal and less venomous towards India but if you scratch the surface the reality of its national approach and perspective towards India is the same as it has been since the two Nations were created on partition.

The anti India stance of Pakistan continues to be political with religion being used as a motivating factor. The most enduring argument being put forward at all times is that Hindu India, a permanent enemy of Islam, is ready to destroy Pakistan the citadel of Islam in the South Asia; and wants to bring it under its hegemony. The conclusion which emerges from the argument is that a strong military state is a necessity to control India; that the military goes on to control Pakistan as well is something that is judiciously sidelined.

This narrative used by the politicians way back in 1940’s to create the state of Pakistan has, since then, been hijacked by the military for its perpetual control over the Nation. During any and every national crisis, it is this narrative which is used to divert people’s attention from the core issues and veer it towards the peripherals. It may not be very easy to use it today as the internal crisis in the country has crossed acceptable limits but the possibility still exists and is being exploited.

A word about the atmosphere in Pakistan in context to Pakistan itself; a nation survives only on shared ideologies and way of life; even a cursory look at the internal situation in Pakistan validates that no two persons, except when they are from the same Tribe or community, share a common view or perspective; in fact, everyone is literally at each other throats. How then can there be any sense of belonging? If ever there was any it is long since gone and done with. Now the debate for creation of new provinces has raised fears of the possible dismantling of the nation, something that is sending shivers down the collective spine of the entire international community.

Militarily Pakistan is a battle zone where its army is facing its own groomed militia. All the top military installations have been attacked at some point or the other including the General Headquarter and even some possible nuclear bases. The military has been infiltrated by Hizb-ul-Tahrir, which wants to create a Caliphate. The Army is so unsure about the situation that it does not want to take control even indirectly through some puppet government. Yet, it wishes to remain in the loop for which reason it is destabilising the government through the Supreme Court. Pakistan is battling itself and the more it tries to change the more it stays the same.

Under the circumstances, the peace overtures being made by India and the flamboyance with which these are being addressed by Pakistan need to be viewed and reviewed in the context of the existing realities. There has to be some innovation and dynamism in our foreign policy initiatives. One is not recommending a complete breakdown of talks, but the issues that are to be addressed and the approach to the same may call for a reassessment. What can we do to stabilise the country and what will we do if we cannot stabilise the country is something that should form the foundation of our engagement with our unfortunate neighbor.