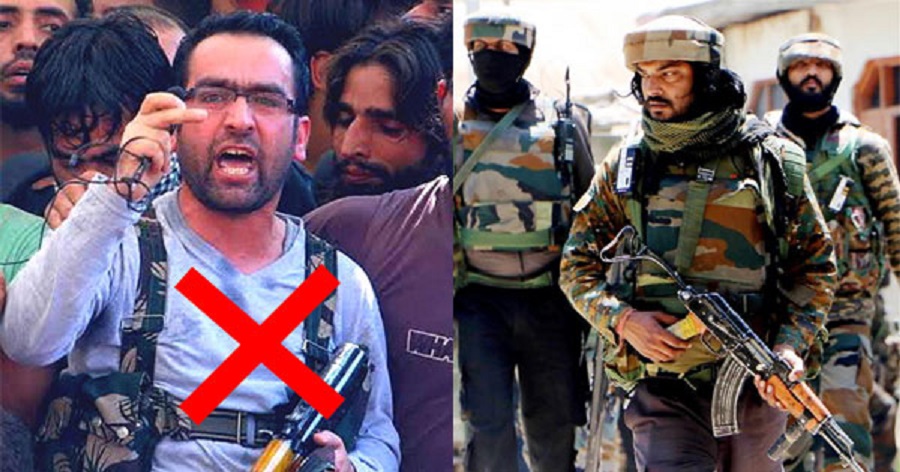 India, along with the entire world, is engaged in a  huge crisis brought about by the spread of the COVID-19, also called the coronavirus. The coronavirus is a  pandemic that has already led to more than two hundred thousand deaths worldwide with no signs of abating. It has accordingly propelled a  worldwide lock down. India has put up a valiant fight and has managed to keep the total number of cases, especially death cases, within  manageable levels, the battle, however, is going to be long and tough.

The Union Territory of Jammu and Kashmir is also in the throes of fighting the coronavirus. While the impact in Jammu region has been less, Kashmir has been and continues to be a source of worry. With many locals coming back home from outside the state, the need for quarantine facility is massive. Also, with new cases being reported on a daily basis, there is an urgent  need to boost the medical infrastructure along with implementation of strict lock down conditions.

Kashmir also has to simultaneously contend with the bigger virus of cross border terrorism being exported by Pakistan over the last many decades. Pakistan has not taken long to belie any hope of terrorist operations witnessing a drop under the prevailing conditions. The month of April, when the Corona fight remained at its peak, witnessed aggravated Pakistan sponsored terrorist activity. As many as  31 terrorists were killed in the month itself across Kashmir in Shopian, Kulgam, Pulwama, Awantipura etc.

The first week of May has seen aggravated counter terrorist operations with the killing of two hard core terrorist in Handwara in an operation that also led to loss of five brave Indian soldiers. One of the terrorists killed was a senior and very well trained Pakistani named Haider who was also the chief of the Pakistani terrorist organisation Lashkar-e-Toiba (LeT) in Kashmir. This has been followed with the extermination of one Riyaz Naikoo, a much wanted terrorist and commander of the terrorist organisation Hizbul Mujahedeen. He was known for his barbarism in terms of extortion, molestation and killings. Apparently, the terrorist leadership is being eliminated by the security forces in a sustained and sure-footed manner, whatever Pakistan is throwing towards India is being countered with overwhelming force and success.

The Indian Army is, in accordance with its time tested tradition, has also stepped forward to  provide vital assistance to the government and municipal bodies in meeting the corona challenge. It has in place a multi prong strategy that would limit the impact of the pandemic without adversely affecting operational efficiency.

Under the dynamic leadership of Lt General BS Raju, Corps Commander of the Srinagar based Chinar Corps and a person who has served many tenures in the Kashmir valley, the thrust has remained upon leveraging the deep bond between the soldiers and the people in motivating the latter towards maintaining a high morale under the difficult conditions. On the basis of a new theme “Jawan Aur Awaam, Karenge Corona Tamam” (soldiers and people together will finish off corona once and for all) the army has extending its relationship on to a plane where the people feel reassured due to its presence within their midst.

As a part of this social initiative, the Army has launched a massive awareness campaign to draw attention towards aspects like social distancing, hygiene and other essential life style precautions that can reduce the spread of the deadly virus, the presence of the soldiers in remote areas has greatly helped in this regard.

The Army has opened up its medical facilities to the extent possible. The Army Command Hospital in Udhampur has been designated as a Corona testing facility. Within Srinagar, the Base Hospital  and Army medical teams are providing assistance to government agencies.

As per a report by senior journalist Arun Joshi of the Hindustan Times, an Army supported medical facility proposed to be set up soon will cater for an approximate strength of 250 level one and level two patients. The Army will provide requisite staff headed by a Brigadier ranking medical officer.

The Army is also providing essential items and equipment that is urgently required to boost up scarce resources; the main in the list is food items for those stuck without work and means of survival and things like Sanitsers, so essential to maintain much needed personal hygiene. Indian Air Forces has extended airlift facility to quickly respond to exigencies. It has assisted the Municipal Corporation in airlifting of boom sprayers and such like equipment.

There are instances where the lockdown has caused medical emergencies, here too the Army has come to the rescue. Arun Joshi has narrated an incident on April, 1, wherein a pregnant lady, Zytoona Begum, resident of Satni village in remote and inaccessible area of Gurez was airlifted to a Sub-district hospital. She had acute medical complications  that were controlled under supervision of a joint team of civilian and Army doctors. She was saved due to proper medical assistance provided by timely intervention of the Army.

Strangely, Pakistan, while being in a critical condition due to exponential spread of the pandemic across the country, has not relented in its attempts to create trouble in Kashmir. As a result, the Indian Army has been compelled to contend with increased ceasefire violations and infiltration attempts along the Line of Control and also increased activity by terrorists operating in the hinterland, along with putting in effort towards containment of the deadly coronavirus. All this is being done alongside the very critical requirement of keeping the soldiers isolated from the dreaded infection since their health and fitness is of prime importance. As always, the Army is unilaterally assisting the by willingly taking on the extra load in this time of distress. This constitutes another feather in the cap of the close bond that exists between the people and the forces.