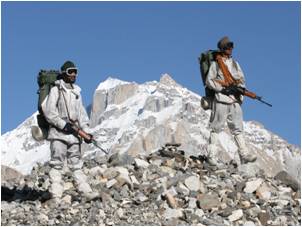 There are few countries in the world that can boast of the kind of cultural, religious, regional, ethnic, linguistic, historical, economic and social diversity that is the hallmark of India. Every few miles one notices a change in topography associated with a change in dialect, custom and lifestyle. Throughout history, India has been known for being exposed to and for being able to assimilate within itself a plethora of socio-cultural impulses. At the time of independence, apart from the dominions of India and Pakistan there were more than five hundred independent princely states that were at liberty to decide whether they wanted to join one of the two dominions or retain their independence. The fact that a majority of these states chose to throw in their lot with India, says a lot about the ability of the country to absorb all varieties of social and cultural streams and carry them along as a part of the mainstream. This ability of the country flows from some institutionsthat form an integral part of its fabric. The Indian army is the foremost amongst these institutions. In fact, the visible ability of the Indian army to safeguard the life and property of the princely states was one of the main reasons that led to the decision of these states to integrate with the Indian Union.

Right from its inception, primarily in the form of British forces, the Indian army has been a symbol of multiculturalism and pluralism beautifully held together by the bonds of camaraderie in times of danger and an inherent discipline that flows from the highest to the lowest echelons. They have been known to safeguard the life and honour of people who are neither their kith nor their kin. Those that they protect they love not, those that they fight they hate not, yet they perform their duty without question, without complaint. In the line of their duty, they stand together with people who come from a variety of social, cultural, economic and ideological backgrounds, yet they come across as one uniform force with the singular aim of standing on sentinel duty to protect the integrity of their motherland.

The structure, the placement and the movement of the forces within the country ensures that the pan-Indian identity within the forces is promoted and the regional identities are subdued albeit in a positive manner. The stationing of forces from the South in the rigorous terrain of Jammu and Kashmir, for instance, exposes them to the culture of the beautiful State. The help and service that they render to the people of the region endears them to the local populace who

in turn become more accepting of people from other regions. All this promotes national integration. In fact, every formation of the Indian army could be viewed as a microcosm of the Indian Union. Surrounded mostly by alien environs that are at the best of times uncomfortable and at worst could be life threatening, the men of the Indian army learn to ignore small discomforts and minor differences and concentrate instead on the larger and more important issues in life, primarily those of survival with honour and integrity intact. It is this resilience and multiculturalism that has assisted the Army in containing divisive and disruptive forces in insurgency affected regions.

The soldier of the Indian army is taught to respect the sentiments and traditions of all religions and regions of the country. No matter what part of the country the soldiers are posted to, they have no problems whatsoever in adapting to their local customs and traditions. This ability is also exhibited during the routine practice of the “Mandir Parade” wherein rituals of all religions are practiced and observed under the guidance of trained religious teachers. Promotion of national integration among the people of the country is one of the primary aims of the Indian Army since peace and development within the country is also a mandate given to the security forces.

The Sainik Schools that have been opened all over the country and activities carried out under the ambit of the National Cadet Corps, bring young boys and girls of different parts of the country together on a single platform in a fairly cohesive manner. The experience gained and the exposure received by the youth in the course of such activities opens their minds to new vistas and possibilities; it also instils in them pride for their country, its ideology and its achievements. Their horizons are broadened and they view themselves as citizens of a strong Nation rather than a small peripheral state or an obscure village. The Indian army thus serves as a vehicle for the promotion of national integration among the people of the country at large.

Institutions such as the Indian Army serve as pillars that uphold the democratic tenets of our country. It is a disciplined force that has always worked within the framework laid down by the Indian Constitution. It operates in an exemplary manner that serves as a model code of conduct for the entire population of the country. In the process the organisation works as a cohesive force that plays a vital role in holding the country together. Not only does it epitomise national integration at its best within its own echelons, it also serves to bring the entire country together both through deed and example. When the chips are down it is invariably the Army that the citizens of this country look upon to restore the situation. It remains the duty of every citizen to respect the force for the service that it renders to the nation and honour it for all that it stands for.