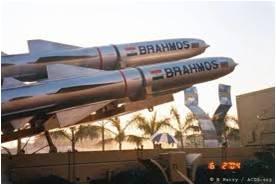 The Union Defence Minister, AK Antony, has stated that India is worried about Pakistan’s nuclear weapons falling into the hands of militants and terrorists. “Our only worry about Pakistan’s nuclear arsenal is that there is always a danger and threat of the weapons going into the hands of militants and terrorists,” he said. The comment comes in the wake of a report from the Stockholm International Peace Research Institute that Pakistan had increased its nuclear weapons stockpile from 70- 90 to 90-110 warheads in the last year. “We are also taking care of it. We are not unduly worried because we are also capable of meeting any threat…but the danger of [such weapons] going into the hands of terrorists [is a] cause [for] worry to us.” The minister added. While the issue has always been a cause for concern in India, the terrorist attack on the Naval Base in Pakistan has sent out danger signals to the West also, especially the United States. The international community needs to be ever vigilant about this emerging threat. In India the ‘cause for concern’ spelt out by the Defence Minister has to convert into concrete action. The issue has to be dealt with diplomatically, real time intelligence capabilities have to be enhanced to keep the Pakistani nuclear facility under close scrutiny and there has to be a plan in place to strike within minutes of receiving the confirmation that militants/terrorists have taken over the facility.