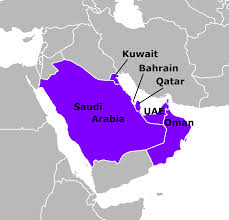 Experts, observers and analysts attending a three-day seminar titled “Transformations in West Asia – The Next Steps, have opined that India should not take a backseat in further developing its relations with West Asia and the extended neighbourhood, namely nations who are members of the Gulf Cooperation Council (GCC). Participating in the inaugural session of the seminar at the Oberoi Hotel here, they said New Delhi’s broad strategy should be its willingness to examine and take on new options, be realistic about its limitations, and its capacity to exercise politico-economic leverage in the region; contribute as a democratic entity without forcing impositions, and maintain constant engagement.

To a question on whether India saw itself as assuming the role of a broker with a significant security component for the region, the experts and analysts replied in the negative, saying New Delhi has no such objective or intention.

To another question as to whether the Indian Government could consider expanding its naval presence as a means for enhancing bilateral, and specifically naval ties, the suggestion was welcomed wholeheartedly.

They further said that India’s relations with West Asia and the extended neighbourhood is under constant and consistent review, especially in the wake of the “Arab Spring” revolutions challenging the status quo, both in West Asia and in the Middle East.

It was candidly admitted that while India possessed the scope to engage with the region strategically, it must be understood that both West Asia and the Middle East were currently in a state of flux, and that optimism, if any, is currently misplaced.

Emphasis was placed on the need to be aware about regional dynamics, existing trends and complexities, one of the panelists, taking part in the interaction, said.

Specific mention was made of the shifting roles of the United States, China and Russia insofar as the region was concerned.

America, it was stated, is engrossed with domestic compulsions, was less reliant on procuring oil from West Asia and the Middle East than before, but would continue to play an important role. China, on the other hand, has an aversion to chaos; would not play an overtly political role, but would look for harnessing its strategic interests, whereas, Russia would focus primarily on economic sustainability.

He further emphasized that there is a need to factor in all aspects before passing judgment on Iran.

Referring specifically to Tehran’s nuclear program, he said that Iran was open to having negotiations, but was spurned by the then regimes of The West, including the United States and Britain.

Crediting President Barack Obama for showing the cerebral sense and astuteness to apologise to Iran during a 2009 speech at Cairo University for years and decades of American distrust, India’s former envoy to Turkey M.K. Bhadrakumar said the U.S. should be held responsible for stifling Iran, and forcing it to develop its nuclear program. He also dwelled on the devastation caused to life and property by the Iran-Iraq War of 1980-88. Iran, he said was a rich country that had been reduced to economic ruin.

Secondly, Bhadrakumar said there was no reason to be pessimistic about the future of Iran or the West Asian region. While admitting that within the GCC, there have been a lot of tremors, what needs to be taken positive note of is the fact that Iran and Qatar have agreed to tri-monthly talks and Oman and Iran have agreed to the construction of a 350-km-long oil pipeline from Iran.

He also cautioned Israel against being overtly aggressive towards Iran, and called for democratic transformations, as archaic systems would soon have to give way. He further said that Iran would carefully watch developments in the coming weeks such as Obama’s planned visit to Saudi Arabia, and its major initiative in improving ties with Saudi Arabia, to assess its own mark-ups in the Eurasia context.

Brigadier General (retired) Shlomo Brom, a senior research associate at the Institute for National Security Studies (INSS) suggested that there were three main characteristics causing security dilemmas and nuclear proliferation in West Asia and the Middle East, and these were (1) Weaking of state systems and a rise of non-state actors in the Middle East (2) Decline of Arab states and the relative rise of non-Arab states such as Turkey and Israel, and (3) Conflict between Arab Shias and Arab Sunnis.He blamed this entirely on the “Arab Spring”, and also said Israel is concerned about Iran’s nuclear ambitions. Tel Aviv, he said, does not trust the extreme Islam regime in Tehran, and was of the view that the nuclearisation of Iran could result in a rampant proliferation of nuclear weapons in West Asia, the GCC and the Middle East.

He and Professor Rajesh Rajgopalan of Jawaharlal Nehru University’s School of International Studies, said they were very sceptical about the success of the Iran and P5+1 negotiations, as both felt that Tehran would have to concede serious concessions for such an outcome. There was also view expressed of Iran not being a significantly strong conventional power as was being made out in certain quarters.

Manoj Joshi, Distinguished Fellow at the Observer Research Foundation (ORF), which was one of the sponsors of the event, the other being the Public Diplomacy Division of the Ministry of External Affairs, said that the security dynamics of West Asia is forever changing, and security dilemmas are old. He also spoke of the U.S. gradually moving towards achieving energy independence, and of the importance of the relationship between India and West Asia.

The experts were airing their observations as Iran and P5 + 1 concluded the second round of talks in Vienna, which was apart of a series of negotiations aimed at fully resolving the dispute over Tehran’s nuclear energy program. Iranian Foreign Minister Mohammad Javad Zarif and EU Foreign Policy Chief Catherine Ashton met in the Austrian capital for two days to discuss a set of issues, including uranium enrichment, the Arak Reactor , civil nuclear cooperation and sanctions.