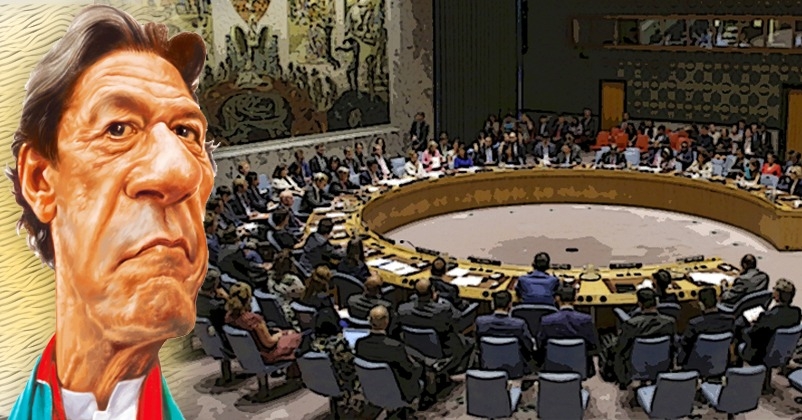 The United Nations Security Council (UNSC) on January, 6, 1948 took up an agenda item termed as ‘India-Pakistan question,’ that related with the Jammu and Kashmir issue. It is now more than 72 years and the agenda continues to remain unresolved, mainly because Pakistan is unwilling to accept the reality that it is in forcible occupation of Indian territory that formed a part of the erstwhile princely state of Jammu and Kashmir and acceded to the Indian nation in a legal manner post independence from British rule.

The UNSC had set up the United Nations Military Observers Group in India and Pakistan (UNMOGIP) sometime after 1949. Its mandate was to maintain sanctity of the ceasefire line drawn between India and Pakistan after the war of 1947-48. India has, since long, ceased to give to the UNMOGIP any report or data but Pakistan does so assiduously. It is so because the country wants the organisation to remain in order to exploit it as and when required.

In September 2016 India formally accepted that it has carried out surgical strikes in POJK as a riposte to the terrorist attack in Uri. Again in February, 2019, India declared that it has carried out air strikes on terrorist camps located deep inside Pakistan as a riposte to the Pakistan sponsored terrorist attack in Pulwama. In both instances there was no reaction forthcoming from UNMOGIP. The situation reinforced the Indian perception, given voice as far back as 2014, that the UNMOGIP had outlived its utility.  It seems that the UNSC is also thinking on the same lines since the budget of the organisation has been slashed by more than 11 percent in recent times.

‘India-Pakistan question.’  has not really seen much movement since 1965. It did come up in UNSC in 1971 as a consequence of the India-Pakistan war but the discussion was mainly on the East Pakistan front and not on Jammu and Kashmir.

It is notable here that way back in November, 2010 Jammu and Kashmir was removed from the United Nations list of unresolved disputes. This came as a big setback for Pakistan which moved all diplomatic means, mainly China, to get back in the reckoning.

However, in recent times,  Pakistan has resorted to some vigorous invocation of the agenda in the wake of the August 2019 constitutional decision taken by the Government of India to bifurcate the state of Jammu and Kashmir into two Union Territories and abrogate  Article 370. In this attempt the country is relying on the complete support of its all weather ally, China.

On 15 January, 2020, China called for a third meeting on J&K in less than a month. “Because we want to work for de-escalation and work for regional peace and stability, this is out of goodwill. However, if the Indian side interprets it in other way, that will be a wrong interpretation,” said Chinese spokesperson Geng Shuang in defence of this move. The methodology adopted was to raise the Kashmir issue under “other matters” during closed consultations in the Security Council Consultations Room. Other members of the Council did not support China and the country was compelled to use its veto power to push things through. In August, 2020, on the first anniversary of the change of status of Jammu and Kashmir, China again called for a discussion in the Security Council under ‘Any Other Business’.

All these meetings have ended without any outcome. It is so because other members of the UNSC hold a firm view that Jammu and Kashmir is a bilateral matter between India and Pakistan and have underlined this viewpoint in all closed door discussions. China somehow is not relenting from its efforts mostly because it is in no position to abandon “good friend” Pakistan.

UNSC has also confirmed in written statements by the Secretary General that the India-Pakistan question has not been considered by the Council in a formal meeting. Yet,  the Foreign Minister of Pakistan, Shah Mehmood Qureshi, is taking great pains to assert otherwise. It is quite apparent that Pakistan is making desperate attempts to leverage the UNSC in its attempt to once again internationalise the Kashmir issue and thus change its accepted bilateral character. It is a clear indication of Pakistani desperation.

India has taken great pains to keep its diplomatic channels open with China despite the very disturbing attempts  being made by the country to put India on the back foot with respect to the Kashmir issue. Despite a very successful dialogue between Prime Minister Narendra Modi and President Xi Jinping at Wuhan in 2018, the Chinese chose to call for the aforementioned UNSC briefings on Jammu and Kashmir in 2019; the outcome of the meeting, as explained above, was a considerable source of embarrassment for China. Despite this, India went ahead with another meeting of the two leaders at Mamallapuram only to be stabbed again with  a series of calls for more meetings from December 2019 onwards.

It is very apparent that Pakistan will innovate new ways of raking up the “India-Pakistan question” in the UNSC and more so with the assistance of China. The idea is not to find a solution from the forum that has already given its mind in favour of bilateral talks but to keep the matter alive in international circles. Under the circumstances the best option is the permanent removal of the matter from the agenda of the UNSC.

India is conscious of the need to change the status quo in UNSC and has already called for removal of the “question”  on grounds of “irrational exuberance” having no takers in a dignified world. So far as Pakistan’s attempt to pressurise UNSC are concerned India has hinted that Pakistani wishes to, “rebrand itself as contributing to international peace, but unfortunately fails to recognise that it is globally known for being the fountainhead of international terror and the hub for terror syndicates.” Experts feel that active pursuance of this line of thought would be a step in the right direction.

(Hardip Bedi is a senior Delhi based journalist and columnist)