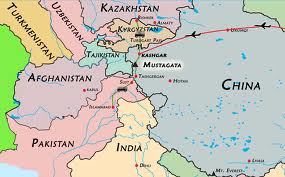 India’s preoccupation with Pakistan has, very often, been at the cost of engaging China effectively. As it is, China is virtually a closed country with a media and polity held captive by an authoritarian regime, a lack of interest in its affairs by the Indian government, Indian media and the Indian people gives it all the more leverage to go about fructifying its policies in a relatively undisturbed manner. India’s engagement with China is, in many ways, a question pertaining to China’s future intentions. India needs to be very concerned about the expansion of Chinese influence in the vicinity of our borders with China itself and with other neighbouring countries.

The Chinese have, since long, been upgrading infrastructure in their border areas, especially those in proximity to India. They have used border trade as an instrument to realise the goal of local economic integration. Included in the infrastructure reconstruction projects being given priority is the repair and upgrading of the Karakoram Highway which was damaged in 2009.Plans are also afoot to construct railway tracks and oil pipelines from Kashgar in Xinjiang to Gwadar port in Pakistan. China has also increased its civil and military presence in the Gilgit-Baltistan region, also called the Northern Areas, which is Indian territory forcefully occupied by Pakistan. In yet another exercise exhibiting blatant misuse of power, China is planning to build dams on rivers on which India has international riparian rights since they flow into India from the Himalayan watershed.

As per a study undertaken by the Indian think tank IDSA, China is focused belligerently on the Pakistan occupied Northern Areas -“if the current pace of Chinese penetration is sustained, then China may completely take over Gilgit-Baltistan by the year 2020”, the study states most emphatically. Explaining the Chinese interest, it explains that since Gilgit-Baltistan is contiguous to Chain’s Xinjiang province, where Muslim separatist feelings are strong, China seems to be preparing to take over control over the region should the central authority in Pakistan become ineffective. “China has a strategic intent to dominate Pakistan Occupied Kashmir in general and Gilgit-Baltistan in particular”, the 54 page study report says. Pakistan has ignored the resentment of the people of the Northern Areas against the increasing Chinese penetration. There is also a suspicion that Sunni Pakistan, with China’s support, may marginalise the Shia majority in Gilgit-Baltistan by attempting to change the demographic pattern through ethnic cleansing. It can be logically presumed that China has secured from Pakistan a sizeable chunk of the erstwhile principality of J&K.

In order to show affinity with Pakistan’s interests, three years ago, China started issuing “stapled visas” to visitors from Jammu and Kashmir (J&K), thus questioning its status as part of India. It even refused permission to the General Officer Commanding-in-Chief of the Indian Northern Command, which is responsible for J&K to make an official visit to the country.

China is also projecting itself as a bridge between Washington and Islamabad; there are interesting ideas afloat on how Beijing can build an exclusive regional cooperation framework with Pakistan and Afghanistan. “China, Pakistan and Afghanistan need to form a Pamir group, a strategic trilateral partnership to support sustainable peace and prosperity in the region”, wrote Li Xiguang, Director of the Centre for Pakistan Studies at the prestigious Tsinghua University in Beijing. He further exemplified his statement by saying that the “the Pamir countries could revive the silk road, with China intensifying its investment in building a network of roads, energy pipelines, electric grids and other infrastructure connecting Afghanistan and Pakistan with China”.

China’s reported plan to divert the Brahmaputra from its upper reaches has raised the heckles of the Indian establishment which has sought an update on the project from its embassy in Beijing. The Brahmaputra flows for about 1,625 km inside the Tibet Autonomous Region of China and for a further 918 km inside India. This is not the first time that tension is building up between India and China over Brahmaputra projects, which could affect the flow of water into India. While Beijing last year announced the construction of a $ 1.2 billion hydel power project on the Brahmaputra (known as Yarlung Tsangpo in China), it maintained that this project will not impact the flow of water to downstream countries like India and Bangladesh. Besides this, China has also drafted plans to tap the waters of Arun River that is called Kosi when it enters India.

To make matters worse, China’s economic prowess makes it immune from international pressure. Even a mere mention of joint satellite surveillance evokes vociferous allegations of snooping from our neighbour. On top of it all, China continues to avoid signing a water-sharing pact with India. The prospect of settling the long pending border dispute has been receding further and further. Exchanging maps or setting up bureaucratic study groups are fast becoming exercises in futility. If the border issue cannot be promptly settled by mutual give and take at the negotiating table then we need to knock at the doors of the International Court of Justice. Why not take this chance when both parties run equal risk of an adverse verdict?

Indian foreign policy fashioners seem to be blind, brain dead or still overwhelmed by the humiliation that we suffered in the war of 1962!! Why else would they keep placating Chinese insolence? We should realise that Buddha and Confucius have been replaced in Chinese thought by the devious of Mao and Zhou Enlai. President Obama may dismiss this as poppycock, but Prime Minister Manmohan Singh and the Indian leadership must know that India is China’s next plum to pluck. We Indians must, therefore, close ranks and meet the menace. China is a “strategic challenge” for India, hence there is no pragmatic alternative but to engage it head–on!