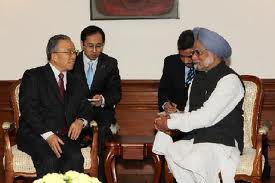 In the din of the country’s domestic politics dominated by the theatrics of the Aam Aadmi Party and other political tomfoolery in New Delhi, what went wholly unnoticed was the 17th meeting of special representatives of India and China for the border problem, held at New Delhi from February 10 to 11, 2014. Not that it was something very spectacular considering that 16 similar meetings have already been held earlier with no tangible results, yet, one would have expected a certain national urgency in view of our rather hysterical reaction to each and every drama played out on the line of actual control in the name of incursions.

One is not insinuating that the concern is unfounded; definitely there is no reason for a powerful country like India to surrender even an inch of its territory to a foreign power, but for the media to literally declare war for every incident is not the best diplomatic and strategic reaction.

If those walking the corridors of power in New Delhi, regardless of their being from the first, second, third or the by now omnipotent fourth estate, are so concerned about what China is doing on the line of actual control, surely they should have put Kejriwal on the backseat and concentrated on what was happening in the meeting of the special representatives. That they did not do so demonstrates the inherent fatuousness of the breathless media coverage built around the incidents of incursions.

Coming back to the meeting, Chinese special representative, State Councillor Yang Jiechi and Indian special representative, National Security Advisor Shivshankar Menon, had in-depth exchange of views on the China-India border problem, bilateral relations and international/regional issues of mutual interest. The Chinese special representative also met Vice President Hamid Ansari and Prime Minsiter Manmohan Singh. As is the case with most Chinese diplomats Yang Jiechi was effusive in the praise of the Indian Prime Minister. “The Prime Minister was very positive about the result of the meeting and as usual, he showed such wisdom for the furtherance of our relationship and this is a very important message I would take back to the leadership in China,” he said.

Overall, the meeting of the special representatives turned out to be a valedictory exercise for the newly-signed Border Defence Cooperation Agreement (BDCA), which was confirmed during Prime Minister Manmohan Singh’s trip to Beijing last year. Beyond this nothing tangible emerged with regard to the issue of the borders even as much was discussed in the domain of trade and economic relationship. “We encourage Chinese companies to establish production and supply chains which will link our economies. This will also ensure a more balanced trade between our two sides,” said Vice President Hamid Ansari. Prime Minsiter Manmohan Singh on his part encouraged the two sides towards promoting economic and trade cooperation and actively participating in the construction of the Bangladesh-India-China-Myanmar economic corridor and the silk-road economic belt. It was also agreed that the two countries will join hand to ensure a successful “China India Year of Friendly Exchanges” this year to promote friendship between the people of the two countries, as well as inherit and spread the spirit of the five principles of peaceful co-existence.

India spoke of and suggested everything under the sun except for an early address of the border dispute. In this regard it was grandly stated that the two countries have entered the second phase of a three phase diplomatic process. This implies that resolution of the boundary issue is very far off. One reason for this lack of momentum could be that the incumbent Indian government is now at its last leg and the Chinese were merely going through the motions with the intention of picking up the threads once the new government is formed.

Srikanth Kondapalli, a China expert from Jawahar Lal Nehru University, holds forth a view that the Chinese were looking for a distinct “code of conduct for troops on the India-China border areas.” This, according to Srikanth Kondapalli is a “surprise” development; China has earlier suggested a protocol of this nature for the maritime areas in the disputed South China Sea but for a land domain this would be the first instance. The maritime code of conduct with South-East Asian countries, specifically with Vietnam and the Philippines, has not been successful and chances of a similar let down in this case are quite potent.

Another apprehension expressed by Srikanth Kondapalli that deserves merit is that China is unnecessarily dragging its feet so far and the boundary dispute with India is concerned. It has resolved its boundary issues with Russia, Central Asia and Vietnam in a time bound manner with deadlines fixed by the civilian leadership but in the case of India no such time frame has been fixed. There are a number of reasons that can be attributed to this but the fact remains that there is a trust deficit in the relationship between the two countries.

With no progress being made on the boundary issue the special representative meetings, whose mandate is restricted to resolution of the territorial dispute, have now started providing a forum for wider bilateral dialogue as is evident from the proceedings in the recently held meeting. This is an avoidable digression from the most important issue at hand.

The aforementioned proceeding leave one with an impression that resolving the border issue or even moving forward in this regard is low priority for India which is not a wholly acceptable policy to follow. To allow an important bilateral initiative between the two countries to be reduced to a “ceremonial” posture is not in the interest of either the nation or the sub-continent. One can only hope that with a new government in place after May this year, a well defined impetus will be giving to this most crucial aspect in bilateral relations of the two countries.